Sure, climate change was bad news for the poor, world peace, clean water, plants, animals, island nations and city-dwellers without air conditioners. But the hope was that rising CO2 levels would be good for crops, and help balance out losses as arable land was made unusable by a warming planet. But the world food supply […] 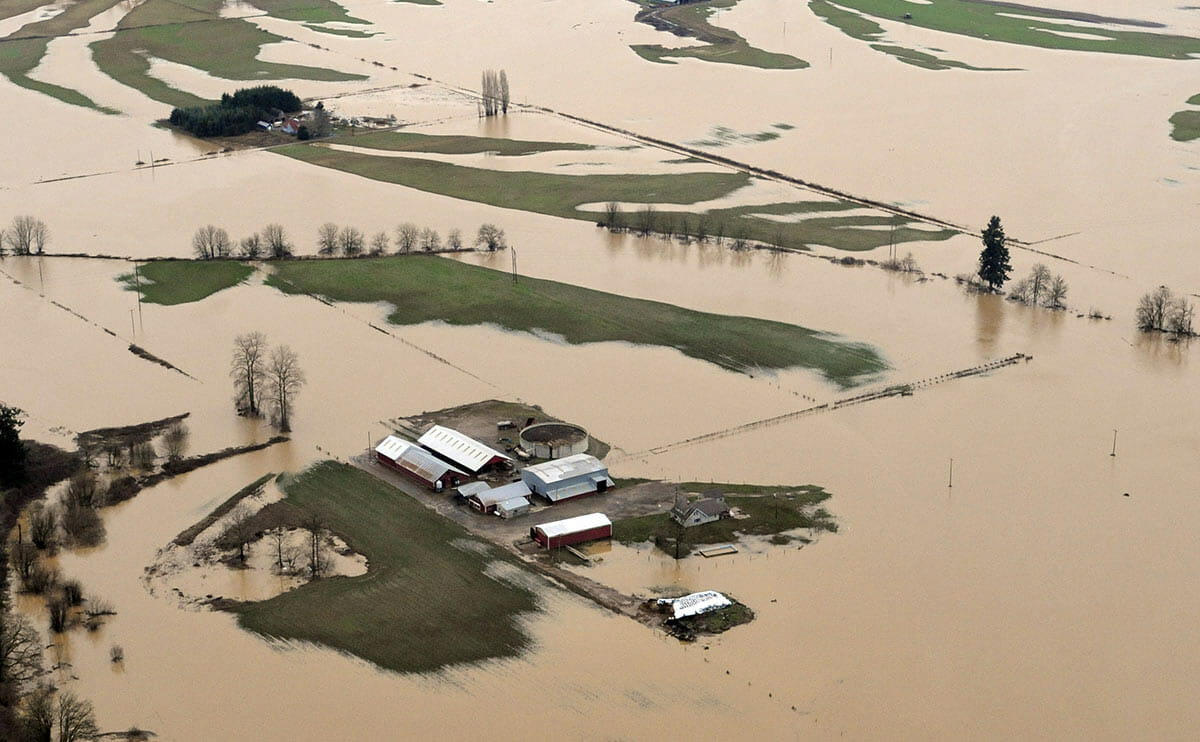 Sure, climate change was bad news for the poor, world peace, clean water, plants, animals, island nations and city-dwellers without air conditioners. But the hope was that rising CO2 levels would be good for crops, and help balance out losses as arable land was made unusable by a warming planet.

But the world food supply is also in climate change’s crosshairs. The I.P.C.C. only summarizes the results and assessments of other scientists, many of which have already made their way to the informed public. What makes the report newsworthy is the official stamp the panel offers predictions about agriculture.

The 9.6 billion people the U.N. expects on planet earth in 2050 — many of which hope to be eating high-impact diets — can expect higher prices at the grocery store.

According to the panel, food production will drop as much as two percent each decade for the rest of the century compared to a baseline without climate change. The report suggests such “an increase in food insecurity linked to warming, drought, and precipitation variability” most likely means the “loss of rural livelihoods and incomes … particularly for farmers and pastoralists with minimal capital in semi-arid regions.” The rest of the 9.6 billion people the U.N. expects on planet earth in 2050 — many of which hope to be eating high-impact diets — can expect higher prices at the grocery store.

The dueling forces of a changing climate and population growth have led to a warning on the world food supply the New York Times calls “the sharpest in tone the panel has issued.” Previous reports banked on carbon dioxide in the atmosphere fueling crop growth even as it drove temperatures higher — a hope new science has weakened. The tone also reflects a body of research that shows just how sensitive crops are to heat waves.

Agriculture of course depends on people as much the weather. Throughout the report are Boy Scout-ish calls for preparedness and pats on the back for countries that have already completed climate action plans. The U.S. took a step in that direction last week when President Obama issued an executive order on climate preparedness that assembled a task force of mostly Democratic governors, mayors, and tribal leaders. The fact sheet on the executive order calls on those member to prepare cities and ecosystems for climate change, but there’s nary a word on agriculture.

If the U.S. is going to help safeguard the global food supply from the worst consequences of climate change — as the I.P.C.C. assumes all wealthy countries will do — it might be time to start worrying over agricultural risks rather than political ones.

This whole article and debate about CO2 is utterly idiotic and devoid of any true scientific merit. It is just B.S. sloganeering, fear-mongering, and yet MOAR power-grabbing by societal elites wrapped in Gaia “mother earth” heathen worship. It is eco-terrorism against the common man living a typical life.

THE SUN DRIVES CLIMATE! Get your know on and go educate yourself in real science: Suspicious0bservers will bring you up to speed.