Lucky for marketing-shy farmers, in recent years a new tool has cropped up to make life easier: online food hubs. 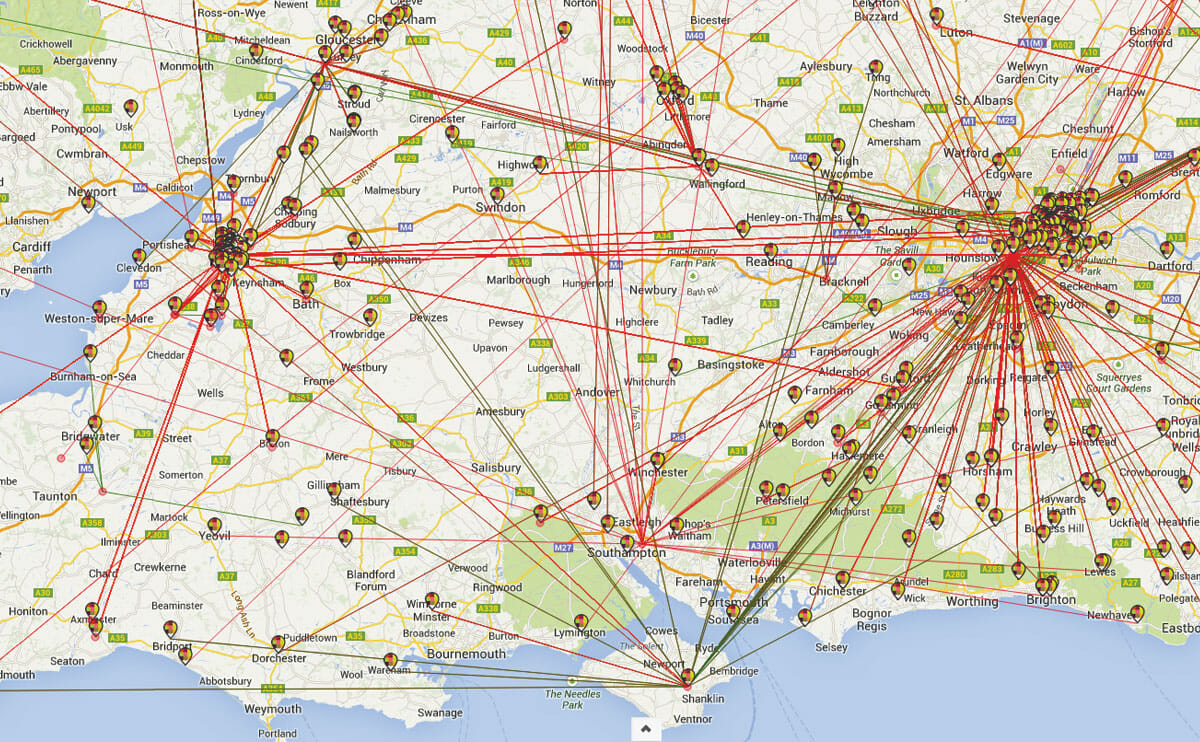 Lucky for marketing-shy farmers, in recent years a new tool has cropped up to make life easier: online food hubs. Unlike physical food hubs – central facilities that aggregate, distribute, and market food for farmers – online food hubs are more akin to dating web sites, efficiently connecting local food producers (farmers, ranchers, fishermen, dairies, brewers, etc.) with wholesale buyers (restaurants, grocers, schools, hotels, and hospitals). Think of them as the Match.com of the food world. A farmer posts his crop on his site – “Our 9 acres of biodynamic blueberries will be available for purchase in mid to late June” – and a local chef may see the posting and send an internal e-mail to the farmer telling her to reserve two palettes of Earliblue. Online food hubs allow food producers who might have once hired a sales or PR person to keep more of every dollar they earn. 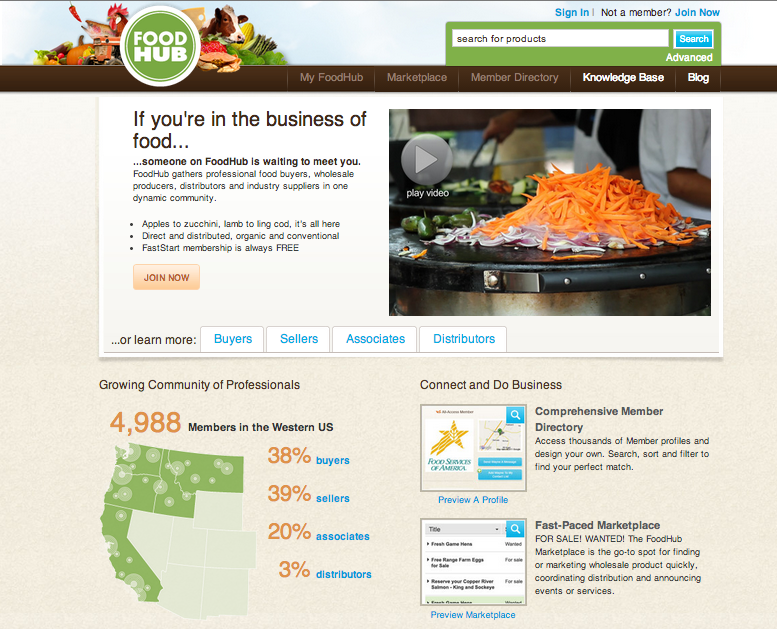 The paragon of online food hubs, Food-Hub.org, was created by the Portland, Oregon-based environmental think tank Ecotrust. Many enduring matches have been made on FoodHub.org, which launched in February 2010, and already has nearly 5000 members in the Pacific Northwest. Here’s how it works. A producer, such as

Think of them as the Match.com of the food world.

Now, both companies buy their beans from Davidson. (Food-Hub.org does not orchestrate deliveries but sellers can specify if they include delivery or if they prefer on-farm pick-up.) Buyers can post want ads, too. The director of child nutrition at the Wahluke School District in central Washington posted on Food-Hub.org that she needed local tomatoes and cucumbers. She was contacted by Bella Terra Gardens, 30 miles away, and pre-ordered enough produce to fill the salad bars at the district’s five schools. Food-Hub.org also has a special feature called a “hot sheet” where sellers can post what’s in abundance (or “hot). At press time, Dancing Roots Farms in Troutdale, Oregon, was eager to move arugula and several varieties of kale.

The site has become an invaluable tool for busy farmers who often are clueless as to which restaurants, schools, or pubs to target. “Most producers are in rural areas and the buyers are in urban areas, and producers often don’t know who the chefs are, or who the food service folks are. It collapses all that research time,” says Amanda Oborne, director of Food & Farms at Ecotrust.

The concept of online food hubs has taken root in the U.S. – where a dozen similar sites have launched in recent years from Michigan to Nevada. But these sites are starting to spread in other countries, too. Inspired by Portland’s Food-Hub.org, the Canadian environmental non-profit GreenBelt launched Ontario Fresh two years ago. 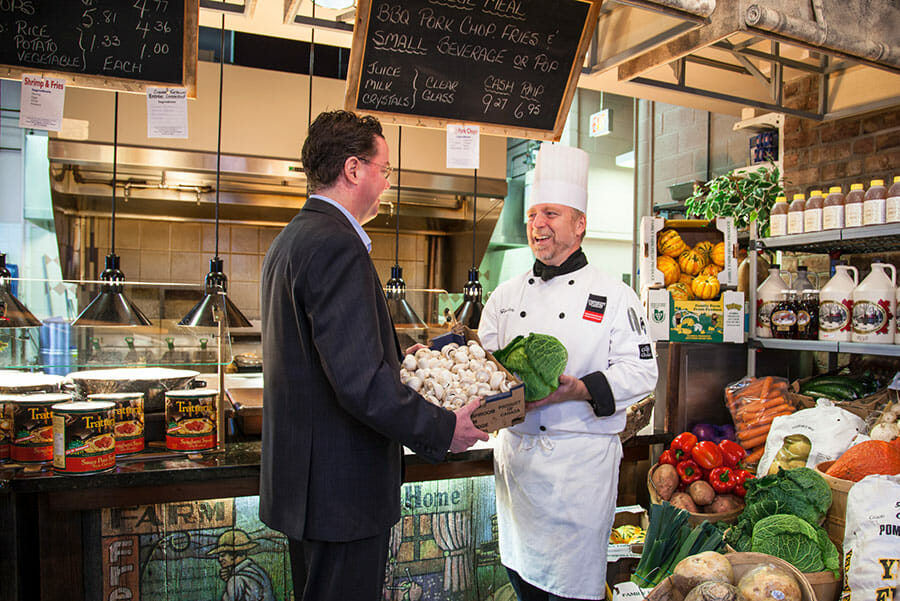 Lead Purchaser for Ontario Fresh Mark Kenny handing off Ontario produce to his cafeteria chef at the University of Guelph.

Thus far, the site has attracted nearly 2,000 members from all over the province. In the United Kingdom, there’s FoodTrade, which launched in Beta last winter and already has about 500 members. Though most members are UK- based, Founder Ed Dowding has dreams of going global. “If we do it right, we can trade internationally perfectly sustainably, and should do so,” he says. “Local is only part of the answer.”

Though online food hubs have their limitations – most don’t provide distribution or a central pick-up location – they are creating new business opportunities for rural growers and food producers at the click of a mouse.

Correction: A previous version of this story stated that FoodTrade had “over 3,500” members. We regret the error.