In Granger, Indiana, Crossfit 061‘s members place orders at a nearby farm, delivered to the gym once a week. CrossFit Blacksburg in Blacksburg, Virginia has a retail shop with eggs, produce, and beef from local farmers — and soon will offer a CSA. And CrossFit gyms from Georgia to Maine have been sending volunteers to […] 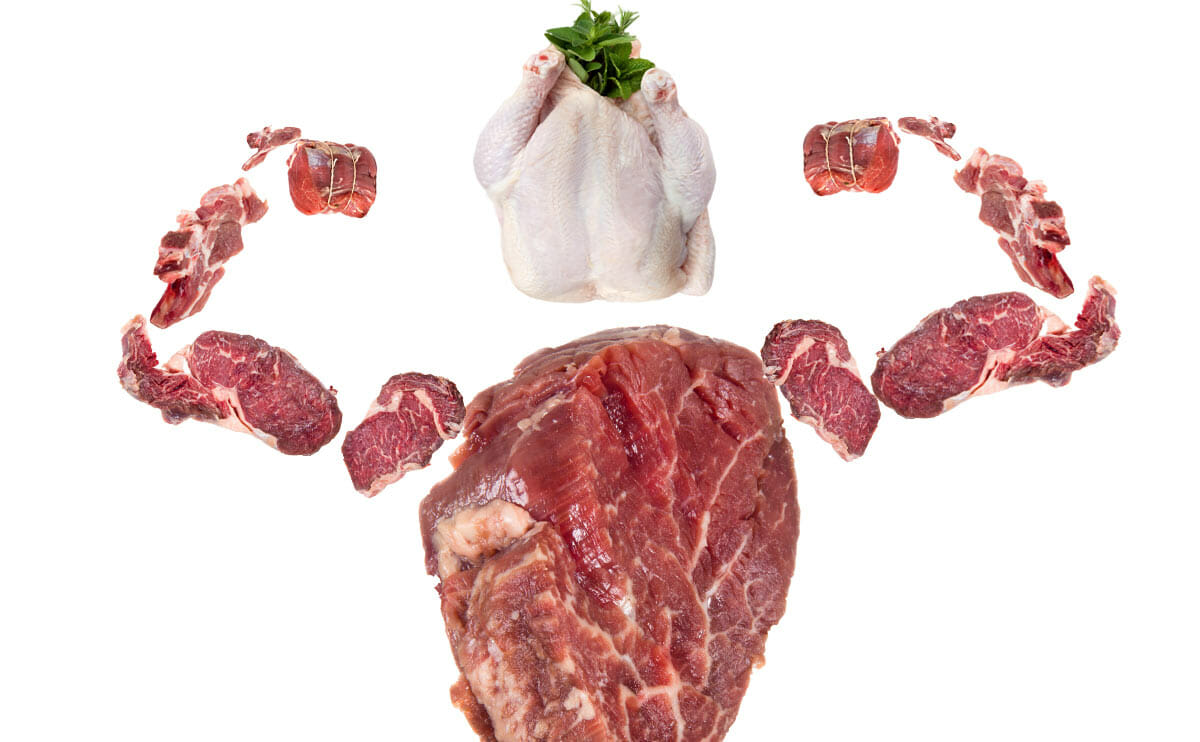 In Granger, Indiana, Crossfit 061‘s members place orders at a nearby farm, delivered to the gym once a week. CrossFit Blacksburg in Blacksburg, Virginia has a retail shop with eggs, produce, and beef from local farmers — and soon will offer a CSA. And CrossFit gyms from Georgia to Maine have been sending volunteers to plant and harvest at local farms.

What is happening here?

At first glance, it’s an odd alliance: CrossFit’s extreme workouts paired with the thoughtful passions of the sustainable food movement. To quote farmer Matt Gagnon, “CrossFit people are not the ones you’d typically find at farmer’s markets.” But start unpacking the CrossFit lifestyle — in particular its meaty diet — and the farm-gym connection grows clear.

CrossFit is a punishing, whole-body experience, pushing you to the edge of your capabilities. To restore spent nutrients, instructors often promote some version of a protein-rich Paleo diet. Modeled on the menus of our caveman ancestors, this diet eschews grains and processed foods, in favor of vegetables, eggs and a lot of meat.

“These aren’t your typical gym guys, working out until they puke in the corner,” Rodgers says. “These people are paying a lot of attention to what they put in their bodies.”

But here’s the catch: for meat to be Paleo-friendly, it needs to be natural. Like the free-range game of the Paleolithic age, livestock should feed on grass — not grains, growth hormones and antibiotics. In other words, supermarket meat won’t cut it.

Robb Wolf is author of The Paleo Solution and host of a wildly popular podcast by the same name. Ten years ago, he had just opened NorCal Strength and Conditioning, where he coached people on the Paleo diet.

“We hounded our clients to eat this certain way,” says Wolf, “But we were getting pushback — the available meat wasn’t sustainable, it was ecologically unsound. How could we make this right?”

In 2004, the only meat you could buy in Wolf’s area — Chico, California — was shrink-wrapped, factory-farm stuff. So Wolf started approaching conventional livestock farmers, asking them to pasture-raise some cows, chickens, maybe a few lambs on the side. He promised them guaranteed income — from the clients of his gym.

Wolf’s clients were ravenous; their demand far exceeded supply. Gym members started going in on “cow shares” — whole grass-fed cows were split between four people. A few of Wolf’s clients even left their day jobs — one was a fish biologist, another an accountant — to become full-time farmers.

There are now more than 7,000 CrossFit gyms around the world, a number which doubles every couple of years. Its followers are known for their intense, unswerving loyalty to the program — and its dietary tenets.

According to Diana Rodgers, farmer and Paleo nutritionist, CrossFit members could be vital for the future of sustainable agriculture. “If every gym had its own food ambassador, a way of connecting with their local food source,” she says, “it could cut out so much consumption of industrial foods.”

Rodgers consults with CrossFit gyms all around Boston, preaching the gospel of Joel Salatin and Allan Savory (heavy hitters in the grass-fed meat movement). This may seem like heady stuff for gyms full of hardbodies, but Rodgers says her pupils are eager. “These aren’t your typical gym guys, working out until they puke in the corner,” she says. “These people are paying a lot of attention to what they put in their bodies.”

For some sustainable farmers, this can mean a whole new customer base. Matt Gagnon is a beefed-up, bearded CrossFit enthusiast — and a second-generation farmer at Bear Hill Farm in Tyngsborough, Massachusetts. He says farmer’s markets are “pretty saturated” these days; he’s reaching a whole new market with CrossFit Woodshed’s meat freezer. “Gyms are the new threshold for farmers,” says Gagnon, who’s looking to start a delivery service called “The Hambulance.”

Of course, not all farm-gym connections are built on commerce. No Excuses CrossFit in Suwanee, Georgia is organizing a “Meet the Farmer” event, where its members will lay mulch, newspaper, and plant seeds at a local farm. WolfPack Fitness* in Auburn, Maine held a recent dinner at a farm, kicked off by a lecture on sustainable farming. And North Shore CrossFit in Danvers, Massachusetts, staged a modified CrossFit workout on a farm — throwing pumpkins in a pigpen, catching chickens, etc.

To promote these connections — and to increase awareness of the sustainable food movement — Wolf recently staged a Farm to Gym Challenge on his website. WolfPack Fitness took the grand prize — a whole, grass-fed cow. In its partnership with organic Nezinscot Farm, WolfPack has staged volunteer work days, held a farm dinner, conducted “Farm Fitness” regimens, and even provided recipe tips on how to prepare your grass-fed meat.

After all, grass-fed meat is more than workout fuel; it’s quite tasty. Justin Keane, owner of CrossFit Woodshed, loves exposing gym members to the pleasures of non-industrial meat. Take a typical CrossFit breakfast — five slices of bacon and six eggs, cooked in bacon fat. “Once you try that pastured pig,” he says, “you’ll never go back to Oscar Mayer.”

*Note: WolfPack has no affiliation with CrossFit.

“Amazing write-up!”
I never thought it, the farm to gym movement takes place, I would love to follow this in my own crossfit gym,
keep writing it’s motivating.