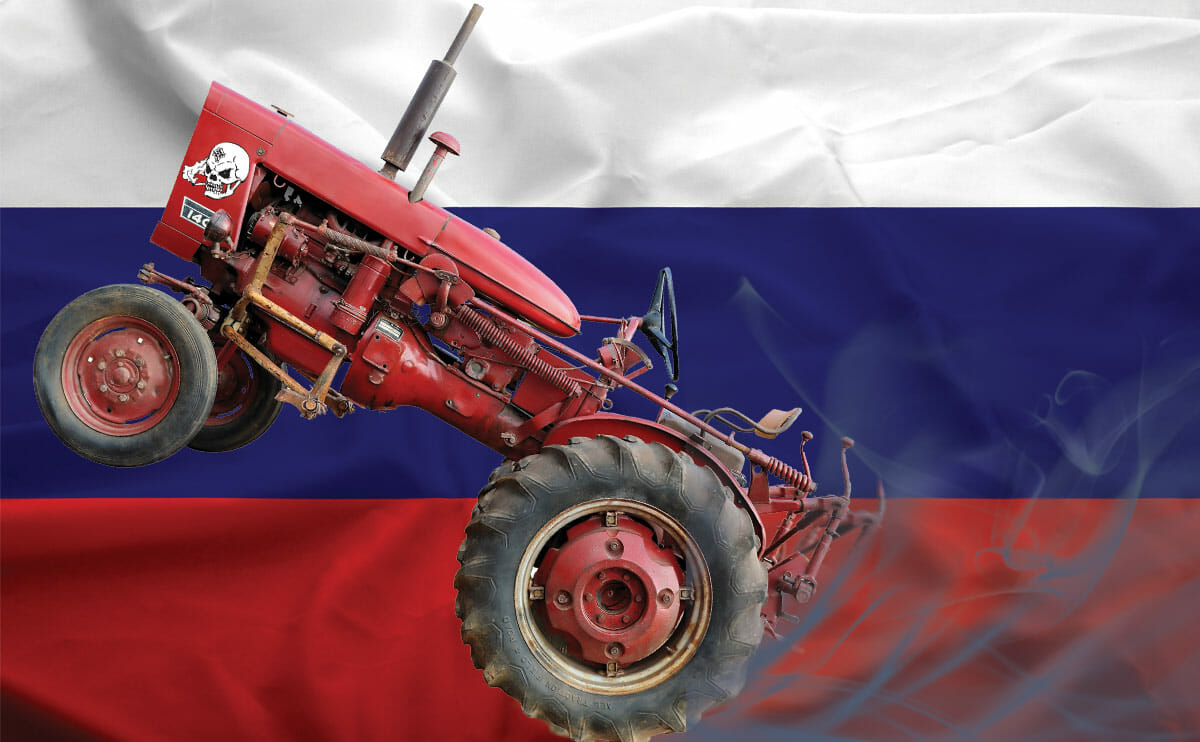 Thirty-four Russian mechanics competed in the 10th annual Bison Track Show race on May 20th, 2012, and coincided with the 75th anniversary of the Rostov Region. Airborne tractors, smash-and-bash action in the mud pits — this video has it all. It’s also been viewed more than 300,000 times.

A man in one tractor attempts to pull another out of a mud pit. It takes several tries. Apparently there is an audience for this sort of thing out there, as the video has gathered over 200,000 views. Watch for the parting shot at the end of the video — this tractor does some serious damage to the landscape.

Everyone knows that Russia has a world-class gymnastics team. Here is an example of a world-class tractor acrobat, or, as he’s known in our newly minted portmanteau: tractorbat (you heard it here first). The Moscow Olympics should make room for this guy.

The title of the video says it all. The driver of this tractor — either drunk or asleep, apparently — rams into a building and then hangs out there for a while.

Another video with a crew of roughnecks attempting to pull a sunken tractor out of the mud. This vid has has racked up over 125,000 views.

A Belarus tractor is hoisted into the air with a crane and lowered into the bed of a truck. This is is just a very large thing getting lifted, and it’s been watched almost a half million times.

A Russian Tractor Driver Refuses to Give Up

A tractor gets stuck in a river and does everything it can to get out. Over 12 million views.

A tractor driver improvises after his engine dies.

Ok, so this guy isn’t Russian. But his tractor goes really, really fast. This is Fast and the Furious material. This tractor drifts.