On the fertile mediterranean island of Salina, capers are preserved the old-fashioned way, a painstaking process that involves packing them in salt. 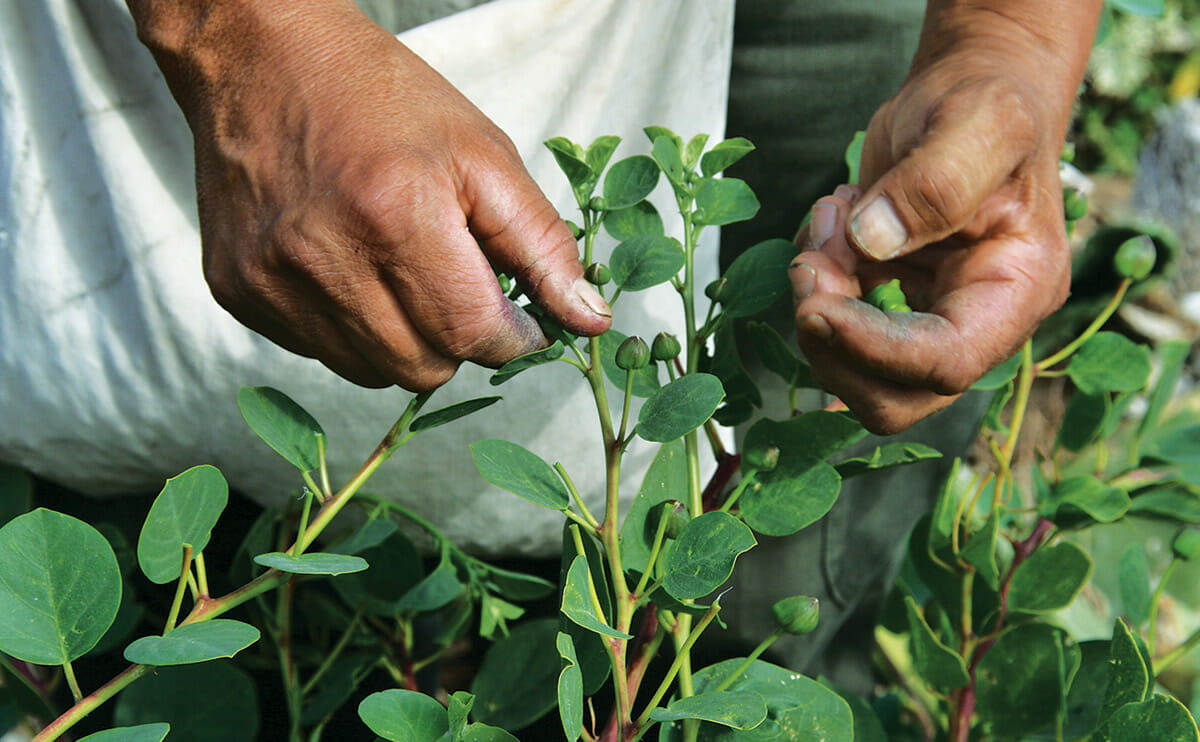 Back in 2011, residents of the fertile island of Salina, north of Sicily, began to notice that their famous capers were facing crisis. Caper copycats from Morocco, Turkey and several other Mediterranean countries, not to mention neighboring Italian islands, were passing off their inferior products as the prized green buds and fruits from Salina.

According to Santino Rossello, a caper farmer, these fraudulent capers were “a scandal at the time” but are not so much now. “The scale on which this kind of fraud happens is either the new normal in food production or, hopefully, receding into memory,” he says.

A connoisseur won’t be fooled by a fake, though: Unlike most capers that are soaked in brine, Salina capers are preserved through a painstaking process that involves packing them in salt. In a good harvest year, Salina farmers can procure and process about 1 million pounds of caper buds and fruits. The island itself is part of the Aeolian archipelago, a chain of volcanic islands so rich in minerals locals joke that if you throw rotten tomatoes in your yard, you’ll wake up to a new plant. Though it’s not an impartial judgment, executive chef Andrea Valdinoci of Salina’s Capofaro Malvasia & Resort says Salina capers are the best in the world, that the blistering sun and volcanic soil give them a higher acidity and a sharper bite.

At the resort’s poolside restaurant, Valdinoci uses the smallest capers as garnishes. Their taste is diminutive compared to firmer, medium capers, which have a robust, olive-like flavor and are better for cooking. The largest caper berries are delicious, he says, when battered and deep-fried.

Most Americans couldn’t point out a caper growing right in front of them, and that may be because capers are most common in Mediterranean climates, where the bushes grow about a foot high and take up an area the size of a large coffee table. Their stumps are short and woody, and older caper bushes grow gnarled and knotty like ancient olive trees. In spring and summer they shoot out long, leafy arms that produce fleshy flower buds, which are harvested between May and July. When the flowers die, they yield torpedo-shaped green fruits that are harvested and preserved, which grow about 2 inches long. In Italy, these fruits are known as cucunci.

On the first Sunday in June, locals make a pilgrimage to the isolated and windswept town of Pollara for the annual caper festival. Twenty years old and counting, the caper festival is, like most Italian harvest celebrations, an exaltation of a single ingredient and the many forms it can take. Most of Salina’s restaurant owners bring a signature dish; Martina Caruso from Hotel Signum brings her caper gelato. One year a man made a caper panettone, to the delight of everyone who managed to taste it.

Not everyone on Salina has culinary ambitions, however. The caper farmer Rossello, for example, picks and freezes his capers immediately. He sells them to a French cosmetics manufacturer that claims the residuals of capers spun in their centrifuges help alleviate thread veins on the face, acne and wrinkles. He says the company buying from him, which he is not at liberty to name, will only purchase capers grown on Salina.

For the island’s caper farmers, it’s a big business prospect that shouldn’t be taken with a grain of salt.