Meet the Man With a Gift for Growing Giant Pumpkins

Leonardo Urena grows pumpkins that rival Cinderella's carriage in size, beets bigger than your ten-year-old's head and gourds that stretch to over ten feet in length. 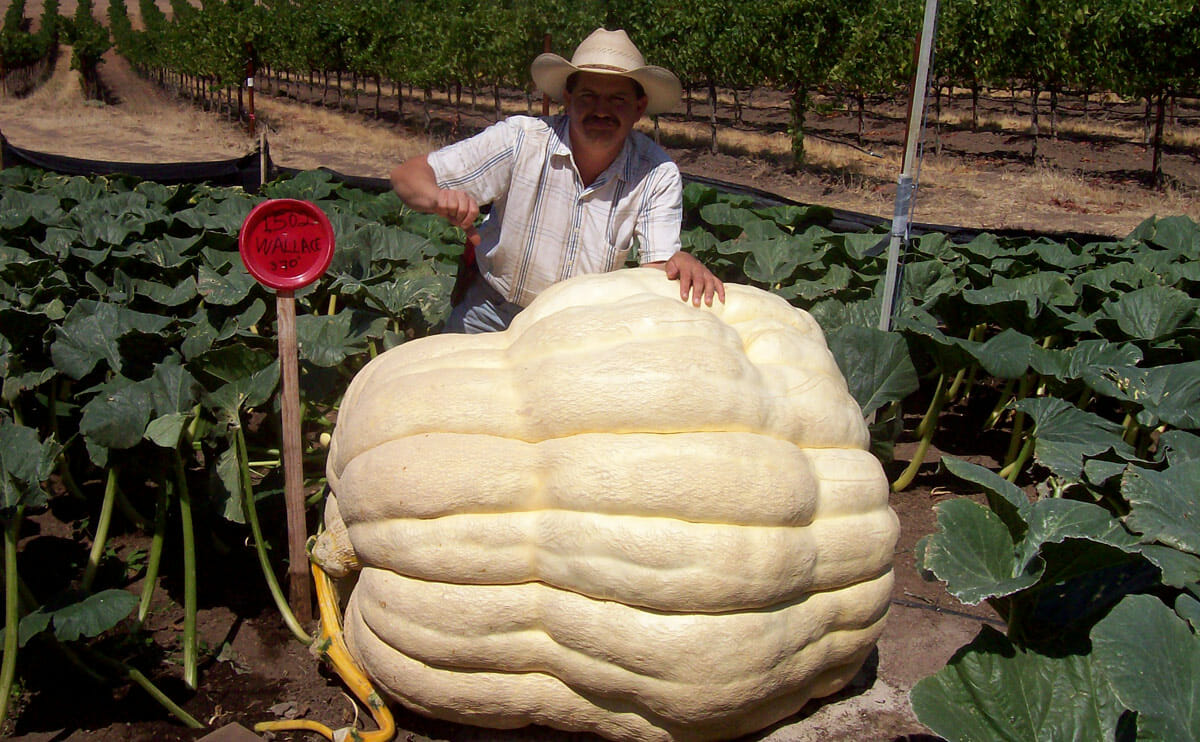 Leonardo Urena: Back in the year 2000 I started growing giant pumpkins – and all of a sudden I started to grow more giant things that were also really good-looking. You know, like gourds and melons and things like that.

MF: Would you say that pumpkins are the most commonly grown giant fruit or vegetable?

LU: Yeah, I think giant pumpkins are the ones that get people involved — there are a lot of people that want to grow the biggest in the world. If we prove that we can grow giant pumpkins, I think can we grow other stuff giant too. 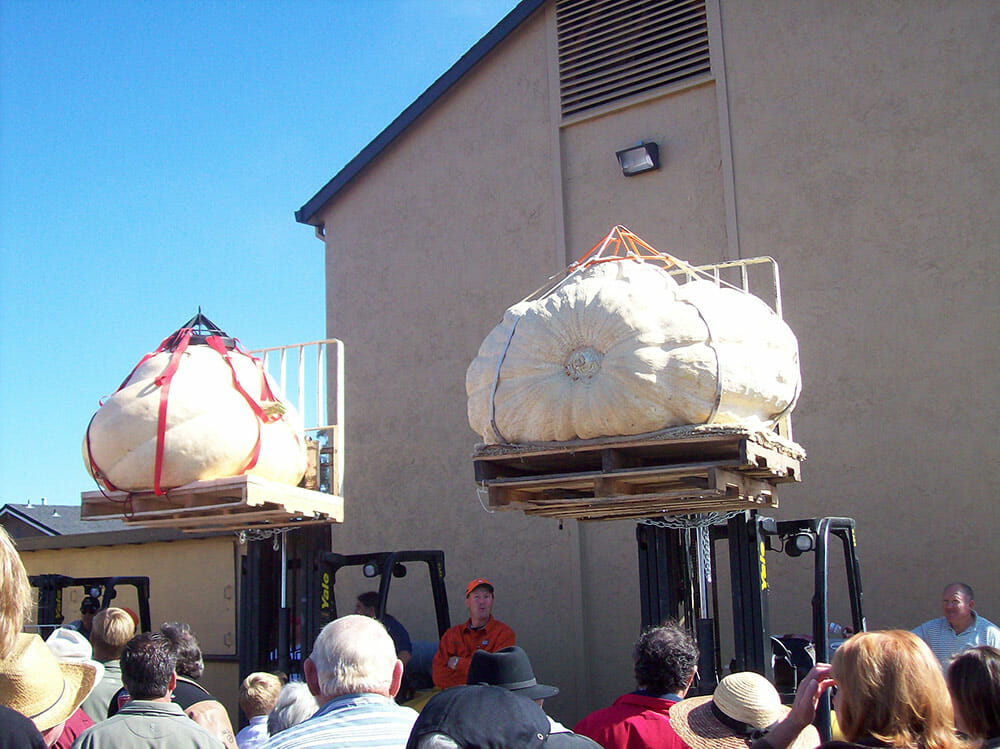 MF: Do you eat the giant vegetables?

LU: Some of them don’t taste very good. But if you choose the right variety of vegetable there are some, like watermelons, that taste really good. But to eat a giant watermelon, you need a big group of people. Certain fruits and vegetables taste good big or small.

‘To eat a giant watermelon, you need a big group of people.’

MF: Do you use any pesticides or chemical fertilizers when growing your pumpkins?

LU: No, it’s all organic. And if I need to spray some stuff to get rid of insects I like to use organic materials — chrysanthemum oil to kill aphids and cucumber beetles and that sort of thing.

I have [to spray] really early in the morning or late, late in the afternoon so that I don’t kill insects that are beneficial for the plants, like honey bees. I don’t want to kill them; I want them around. 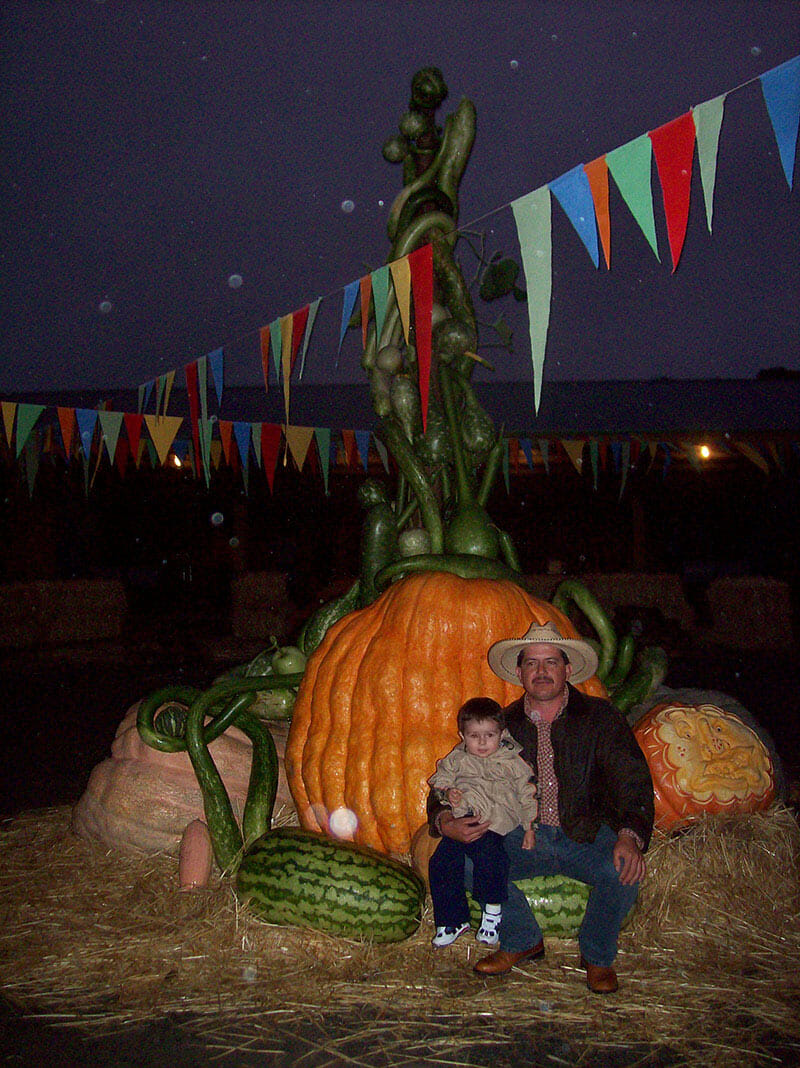 MF: What kind of growing techniques do you use to put on the extra weight? What are you feeding these guys?

LU: Well the first stage is to clear space for the plant – we give each plant 700 square feet in the patch. Then we feed the soil with compost, a couple yards per plant, and then plant it over with winter cover crop: usually fava beans, bell beans and oats. This mixture of legumes is going to bring up the nutrients in the soil. We add oyster shell for calcium, we add sulfur and we add nitrogen. We plant the seeds in November and the winter rain is going to make them grow. You have to be careful not to overdo it though — if you put too much nitrogen in, for example, it can be bad for the plant.

LU: My heaviest pumpkin weighed 1,704 pounds. I also grew a gourd last year that was 193 pounds. It was a bushel gourd or apple gourd.

In 2007, I grew the longest gourd in the world. It was 127 inches long and that was the world record. Every day it grew five to six inches at its fastest. These gourds grow for 45 days at the most, so to reach 127 inches it had to grow a lot every day. Just imagine, the average was amazing.

MF: That’s crazy. So you could almost see the gourd grow in front of you?

LU: Oh yeah, if you watch you might see it grow — it’s like with my pumpkins. Sometimes they add between 35 to 45 pounds a day. In August is when they grow the most.

‘If you watch it you might see it grow — it’s like with my pumpkins. Sometimes when they’re growing they add between 35 to 45 pounds a day.’

LU: Giant pumpkins, because there’s such a good group of growers around the world, you wouldn’t imagine — in New York, Ohio, Canada, Japan, Spain. That’s what I like most about the sport. If I’m growing giant pumpkins it’s because of the relationships I’ve made doing so.

A couple years ago I flew to New York, with my pumpkin and my wife (laughs). We spent four or five days in New York with the group of growers and my pumpkin, which made third place that year worldwide. The biggest in the world that year were put in the NYC botanical garden or wherever. 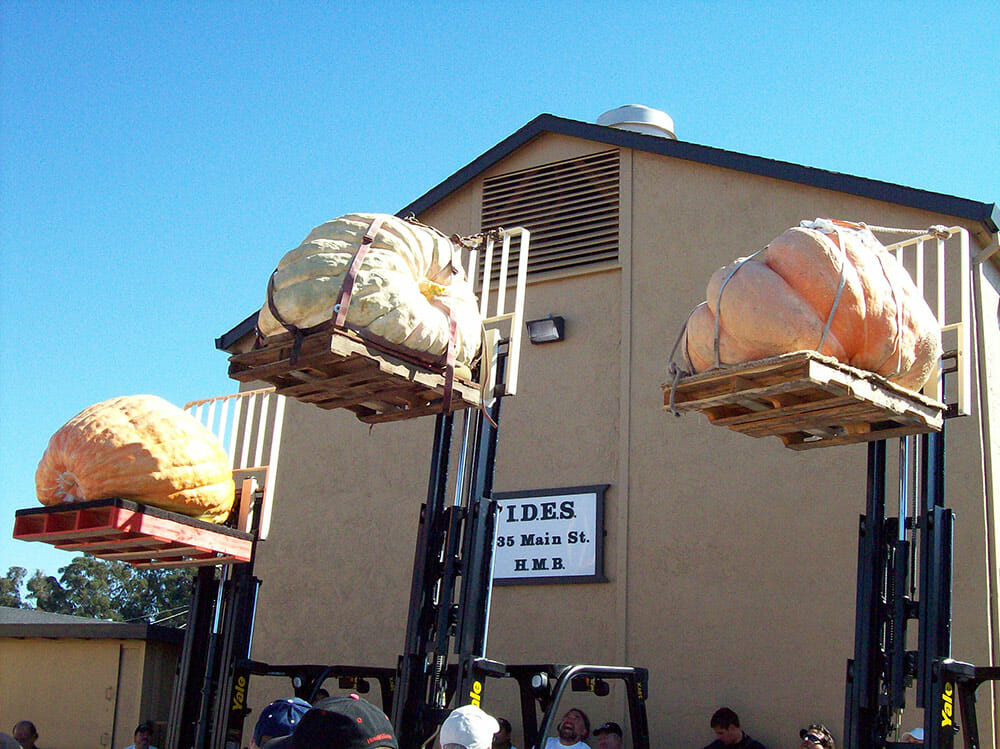 MF: Are you going to New York this year?

‘If I weren’t growing giant pumpkins I know that I would be doing crazy, crazy things.’

LU: They just send the top three around the world — I don’t think I’ll be top three, but I’m going to try and do my best this year and the following years. In the Olympics you need to wait four years to give it a try, to be competitive, to prove to the world that you can do it. In this sport we always have next year to give it a try.

MF: Best of luck next year, Leonardo. One last thing, why do you grow giant pumpkins? What made you start?

LU: I like challenges — I like to give everything a try. I like to prove to people that we can grow this and that with no problem, and we can grow it big and beautiful. I like to be occupied always. I like to be focused. If I weren’t growing giant pumpkins I know that I would be doing crazy, crazy things.

Popular
7 Smokable Plants You Can Grow That Aren’t MarijuanaBrian Barth
How to (Actually) Get Rid of Fruit FliesEmily Baron Cadloff
What to Do With an Abundance of PeppersShelby Vittek
Yes, the Government Really Does Stash Billions of Pounds of Cheese in...Emily Baron Cadloff
6 Differences Between Llamas and AlpacasAndrew Amelinckx
Explore Modern Farmer
Related
Food & Drink
‘Tis the Season For GleaningCrystal Sands
Plants
This Seed Detective Travels the World Tracking Down Lost CropsEmily Baron Cadloff
Environment, Plants
Making the Case for IntercroppingShea Swenson
Books, Cookbooks
In Her New Book, Molly Yeh Goes Back to BasicsEmily Baron Cadloff
wpDiscuz
We use cookies on our website to give you the most relevant experience by remembering your preferences and repeat visits. By clicking “Accept”, you consent to the use of ALL the cookies.
Cookie settings ACCEPT
Privacy & Cookies Policy