"The crappiest coffee you drink is on coffee farm." 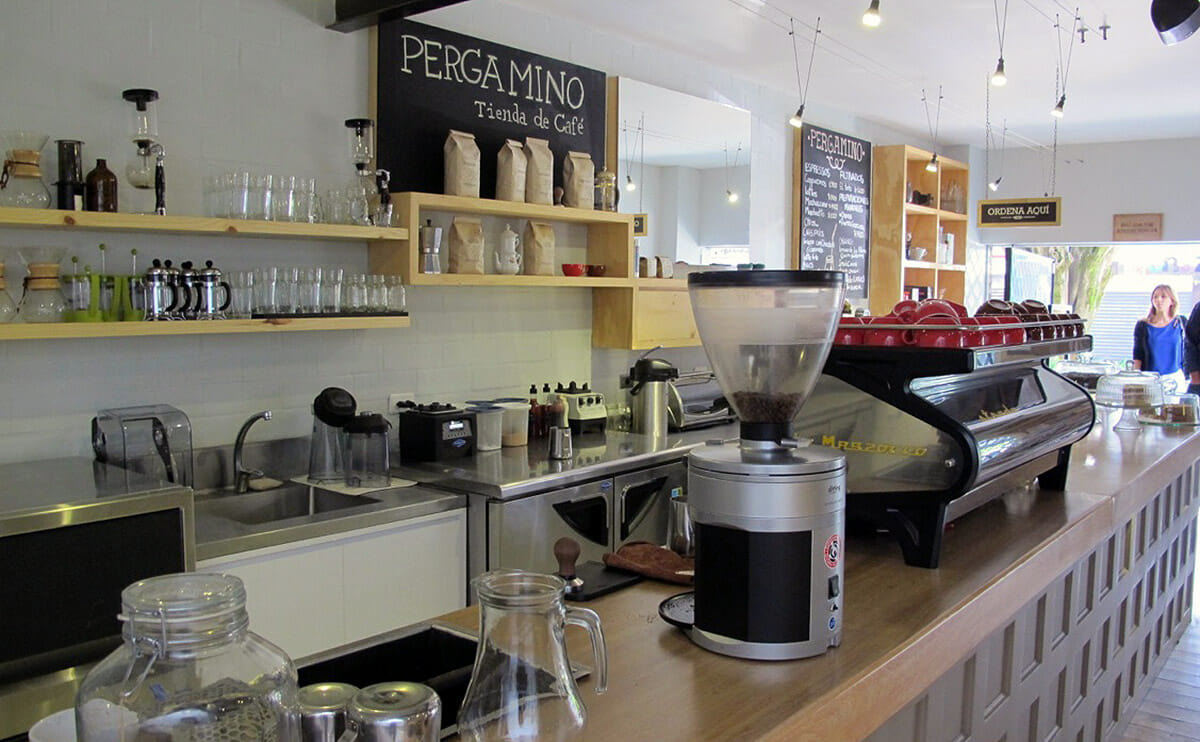 Why? For over two hundred years, coffee-producing countries have exported the good stuff and made due what’s left over. But that is changing.

Meet, for example, Pedro Echaverria. Echaverria, 26, is the youthful, well-mannered owner of Pergamino, a trendy cafe in the Provenza neighborhood of Medellin, Colombia. Pergamino has all the accouterments you might expect to find in a glossy cafe in New York or LA: a sleek espresso machine, a wall punctuated with pots of orchids, and (of course) a menu featuring single-origin Colombian coffees. Just like in a high-end microroastery in the U.S., the coffees are roasted right in the shop. Echaverria stocks the cafe in part with coffee grown on his family’s five farms in the Antioquia region.

While coffee-farming culture is part of the heritage of the region, a culture of coffee drinking – especially outside the home – is just finding its legs in Colombia. Coffee drinkers there consume less than half as much coffee as Americans or Brazillians do. But boosting “internal consumption,” from both a quantity and quality standpoint, is a growing trend. (There’s even a Starbucks opening up in Bogata in 2014.)

Echaverria talks with us about Pergamino, his role in changing the way Colombians think about their own coffee, and how he formed his vision of a farm-to-cup cafe in the unlikeliest place: a country where coffee is grown.

Modern Farmer: I’ve heard that the coffee people drink on coffee farms is terrible. What do you say to that?

Pedro Echavarria: The crappiest coffee you drink is on coffee farm, it’s true: 99 percent of the time if you’re offered coffee, they give you a sugarcane beverage called agua panela with Nescafe added to it.

MF: So did you drink Nescafe growing up?

PE: My father is a great coffee drinker. From the beginning he drank the main brand, La Bastilla, our Folgers. He’d have to add cocoa, it was so bitter and weird tasting. But still he drank probably 10 or 15 cups a day. In college in the U.S., during midterms, I’d have Nescafe with milk and sugar. 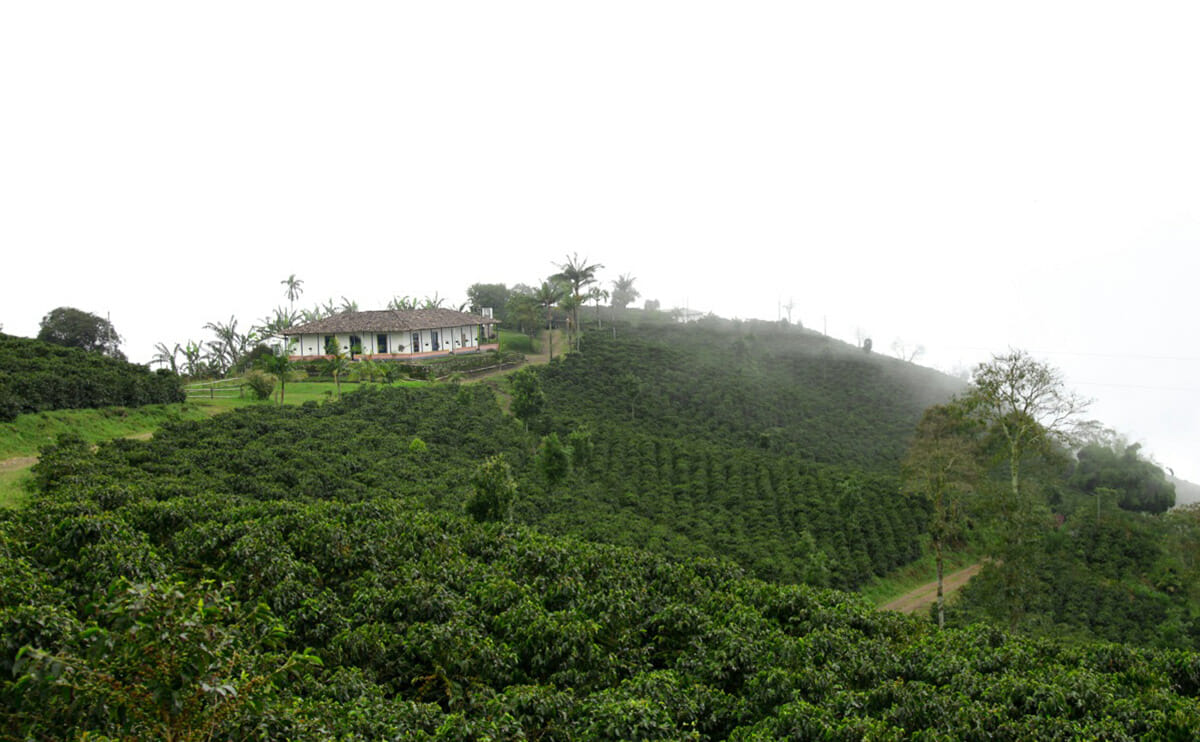 Loma Verde is one of the farms run by Pedro's family company, Santa Barbara Estate.

PE: My brothers and I have coffee in our blood. We have lots of respect for how hard it is to grow coffee. But growing up I had no respect for the final beverage. As coffee growers, we never tasted what we were producing. There was no way to taste it, really, beause there was no way to roast it, except maybe on the kitchen stove. That is standard in our industry.

MF: It sounds like you’ve come a long way since then.

PE: We thought ours was the best coffee in the world because of the care we took growing it. But a few years ago, we started realizing that to export for U.S. buyers, the most important thing is what’s in the cup. Three years ago, we started cold-calling coffee roasters and sending them samples. We got a lot of feedback. We realized we had a good coffee, but it wasn’t the best. We changed a lot of processes on our farms. We changed how we ferment the coffee, how we pick it, how we dry it. It’s only been three and a half years since my father started to drink and understand his own coffee. 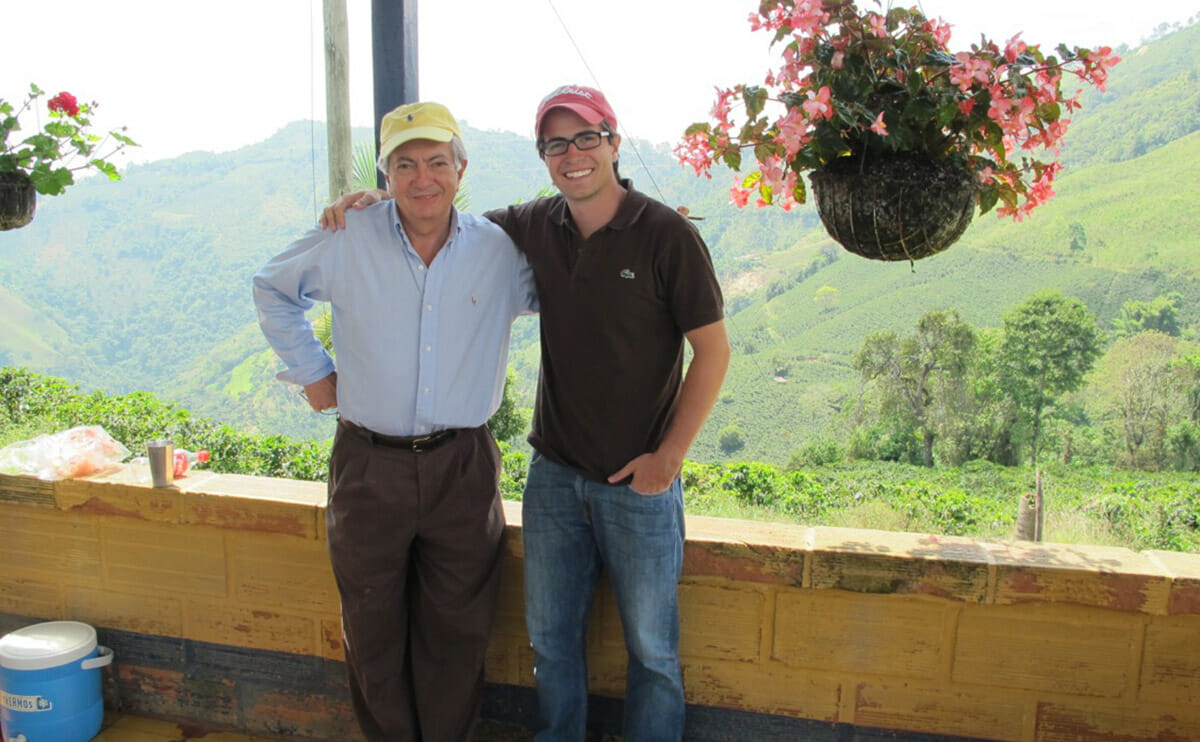 MF: How hard is it to find good coffee in Colombia?

PE: The average brand in the U.S. is a lot better than the average brand here. The main roaster in Colombia is Colcafe. They sell $350-400 million a year in roasted coffee, which makes them a big corporation for Colombia. But for the past 30 or 40 years, they have been feeding us crappy coffees not even from Colombia – they sell us the cheap stuff from other parts of Latin America: Brazil, Ecuador, and Peru. We’re drinking crappy coffee from other places. [The arrivial of Starbucks may change that slightly; the company has contracts with Colcafe to roast more Colombian coffees for the Starbucks brand at the roasting plant in Medellin as part of their expansion.]

MF: How did the idea of Pergamino come about?

PE: Coffee roasters from outside come to Colombia all the time – to learn from the farms and the growers, and to get the stories behind the coffees. But in general, coffee growers don’t get to see what happens with their coffee once it goes off the farm. You see very little of growers going to the U.S., Australia, Europe, Japan. The first time I visited Portland, Oregon I was amazed. There are 30 high quality roasters in a city a fourth the size of Medellin. It was inspiring to see so much respect for this thing that takes so much effort to grow. It changed my whole perspective. No one was really doing it that way in Medellin. There was an opportunity. A lot of coffee growers roast coffee in Colombia. We aren’t the only ones. But there is very little true respect for it.

MF: So what do customers at Pergamino think about the higher-quality coffees you sell at Pergamino? 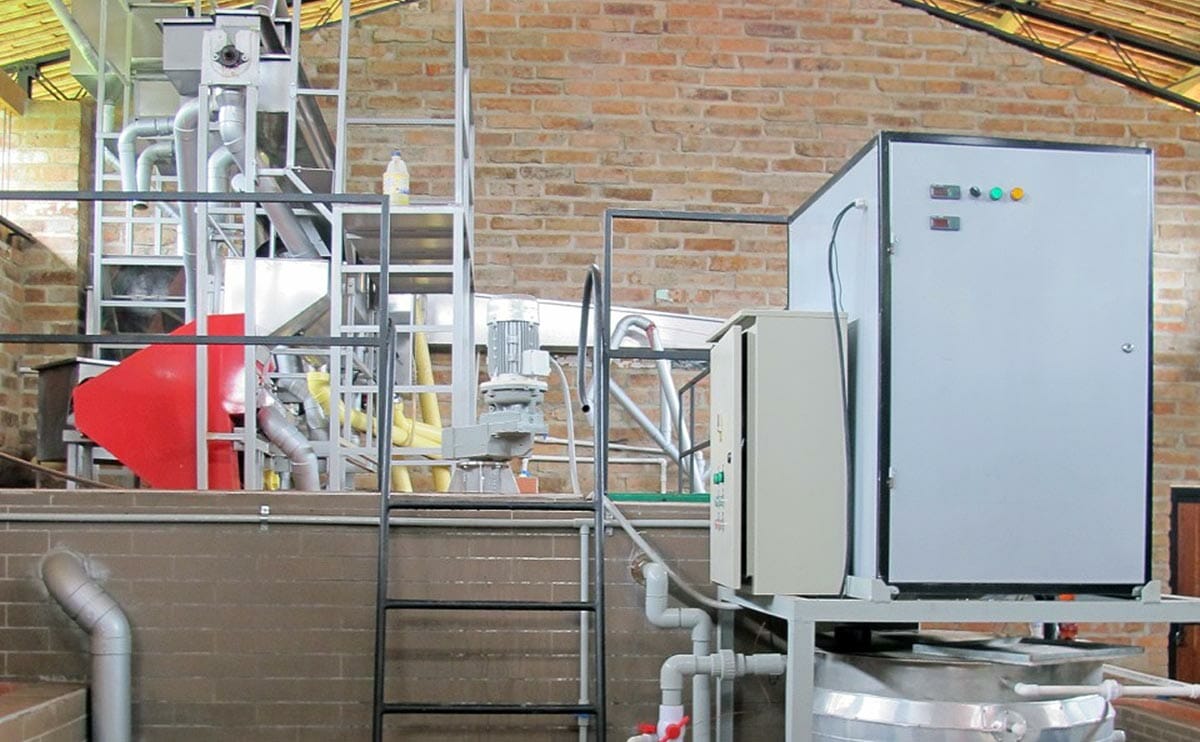 PE: We were scared because all of our roasts are light, roasted to protect the origin profile. For some reason there’s the idea that coffee has to be very strong and bitter to be good. But our customers are very curious. They are differentiating between origins, asking for coffee to be served in the Chemex, the French press. We do public tastings and people go crazy, they ask so many questions. The beverage is getting more interesting for young people to know – they want to learn more about the coffee, what they are drinking, what the story is. It’s gratifying to have that coffee culture grow around our shop.

MF: Are you excited at the prospect of making great Colombian coffees available to Colombians?

MF: Do you think Pergamino is helping change the culture of coffee in Colombia?

PE: We can’t change the culture with one shop. The specific idea of these cafes that have different origins, different ways of preparing the coffee, there are probably only three to four shops in Colombia doing it. It’s not a massive movement, but I see it coming. Every day there is more interest.

(This interview has been edited and condensed. All images courtesy Pergamino.)