Ending food waste is going to take generations of work. But here are four solutions that are up and running, today. 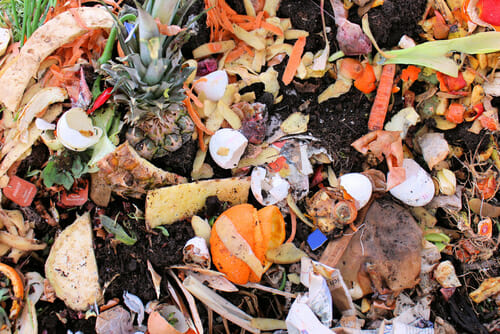 What do supermarket distributors do when they have extra produce? Right now, not much. But Food Cowboy, based in Berkeley, California, is a brand-new mobile application that aims to reduce food waste by linking food businesses, truckers and need-based organizations. Co-founder Roger Gordon is a seasoned entrepreneur who’s helped secure capital for both startups and nonprofits. His brother Richard has owned and operated a fleet of trucks for 25 years. This application melds their combined experience in trucking, logistics and philanthropy, so surplus food can be donated before it spoils.

Food Cowboy’s website provides a sample scenario: “You are a food bank manager … you get a text message asking whether you can open your warehouse early to accept 3 tons of carrots that were rejected by a distributor because they weren’t straight enough. You smile and reply ‘OK.’ ” Just like that, those carrots find a good home.

In developing nations, food loss often stems from a lack of simple things: Equipment or procedures that, once implemented, could result in untold waste prevention. In its report, “Reducing Food Loss and Waste,” the World Resources Institute looked at case studies in poorer countries, where basic additions led to big gains. In Karokh, Afghanistan, researchers found up to 50 percent of tomatoes were being lost in transport. With an aid grant of just $60,000, Karokh’s farmers purchased simple plastic crates that reduced tomato waste to 5 percent.

In Kenya, the use of airtight metal silos, used to store grain before transport, cut crop losses to just 1.2 percent. And in Nigeria, an evaporative cooler called the zeer, which costs less than $2 to construct and employs wet sand to keep food cool, has been able to preserve tomatoes and guavas for 20 days that would otherwise only keep for two.

The former CEO of Trader Joe’s has made quite a splash with his idea for an expired-food supermarket. This past February, grocery magnate Doug Rauch announced his plans to open a 10,000-foot market in the disadvantaged Boston neighborhood of Dorchester, selling food during the fragile window after its sell-by date but before it has actually spoiled. As numerous studies have shown (see opposite page), expiration dates are arbitrary, with very little connection to safety or even taste. Still, Rauch’s plan has caused some community tensions; one backer told the Boston Globe “the organization does not want customers to think, ‘Hey, I’m going to be eating the rich man’s garbage.’ ”

The idea for such stores has already found an audience globally, as a French chain and a small grocery store in the Netherlands (which gets 600 shoppers on weekends) do good business with expired goods. Rauch’s market may launch by the end of this year; if it’s a commercial success, Rauch would like to replicate the concept in urban centers around the country. He hopes that selling milk for a dollar a gallon holds more appeal than pouring it down the drain.

In a city built on wanton excess, the food waste at Las Vegas buffet restaurants would seem to be par for the course. Yet one enterprising farmer has devised a way to put those leftovers to good use – and cut down on feed costs in the process.

Bob Combs has a 160-acre pig farm north of Vegas; he drives his pickup into the city every night to collect free food leftovers from 12 casino restaurants. He brings it back to the farm, processes it and feeds it to his 2,500 pigs. By law, leftover human food has to be treated very carefully before livestock can consume it. Combs built his own large-scale heating system, steaming the leftovers at high temperatures to cook out impurities. He also created a conveyor system to help cull out trash that gets mixed in with the food – Combs told the Los Angeles Times that he’s found plastic bags, champagne bottles and even a loaded .38-caliber pistol. All told, he goes through 1,000 tons of food scraps every month.