Thanks to J. Paul Getty Museum's new platform for open source material, OpenContent, we've been able to dig these gems up from the past. 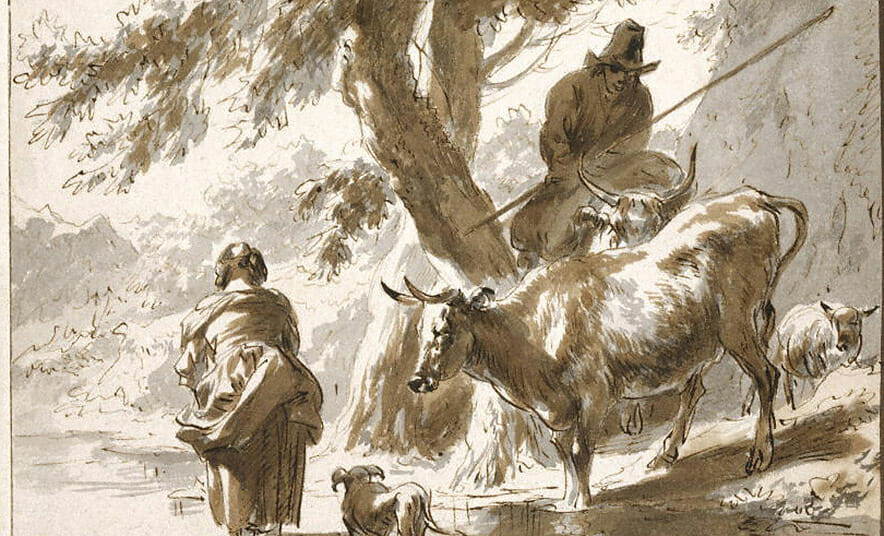 Thanks to J. Paul Getty Museum’s new platform for open source material, OpenContent, we’ve been able to dig these gems up from the past. 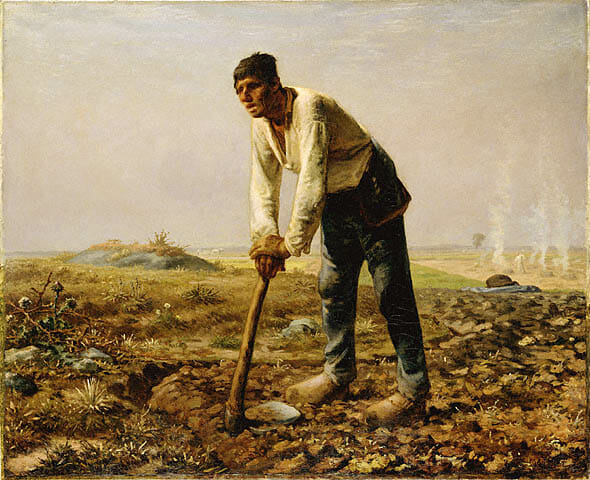 By Jean-FranÁ§ois Millet, ca. 1860-1862. Oil on Canvas. 31 x 39 inches. According to the museum’s online magazine, Jean-FranÁ§ois understand his art so: “[A]s I have never seen anything but fields since I was born, I try to say as best I can what I saw and felt when I was at work[.]” 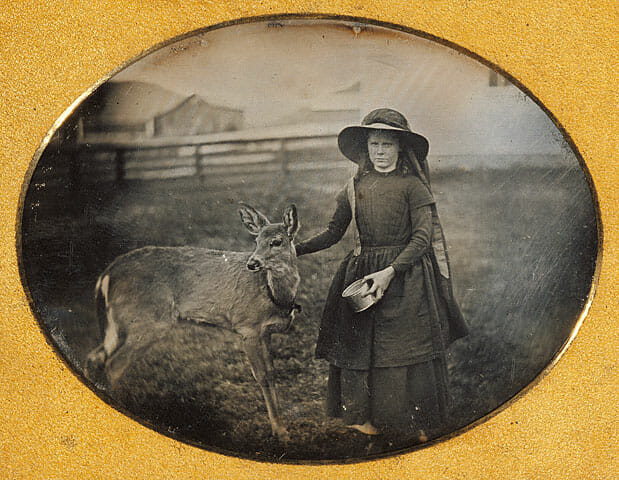 Unknown Daguerrotype, ca. 1854, America. Remarkable for the girl’s ability to keep the deer posed for so long. 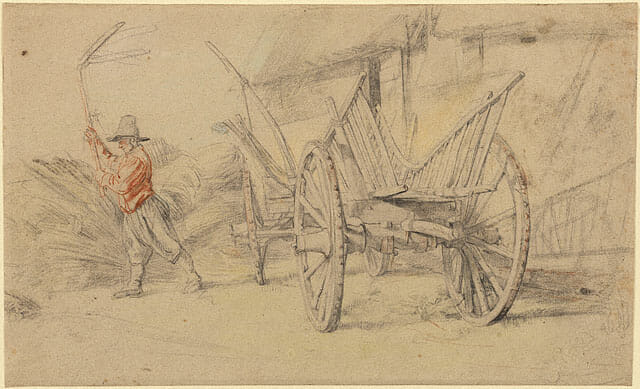 A Flemish work by Peter Paul Rubens of a man threshing beside a wagon with farm buildings beside, ca. 1615-1617. Contains red, black, blue, green, and yellow chalk with “touches” of pen and brown ink. According to the website, “Rubens varied both his materials and his technique to give the scene immediacy and vigor.” 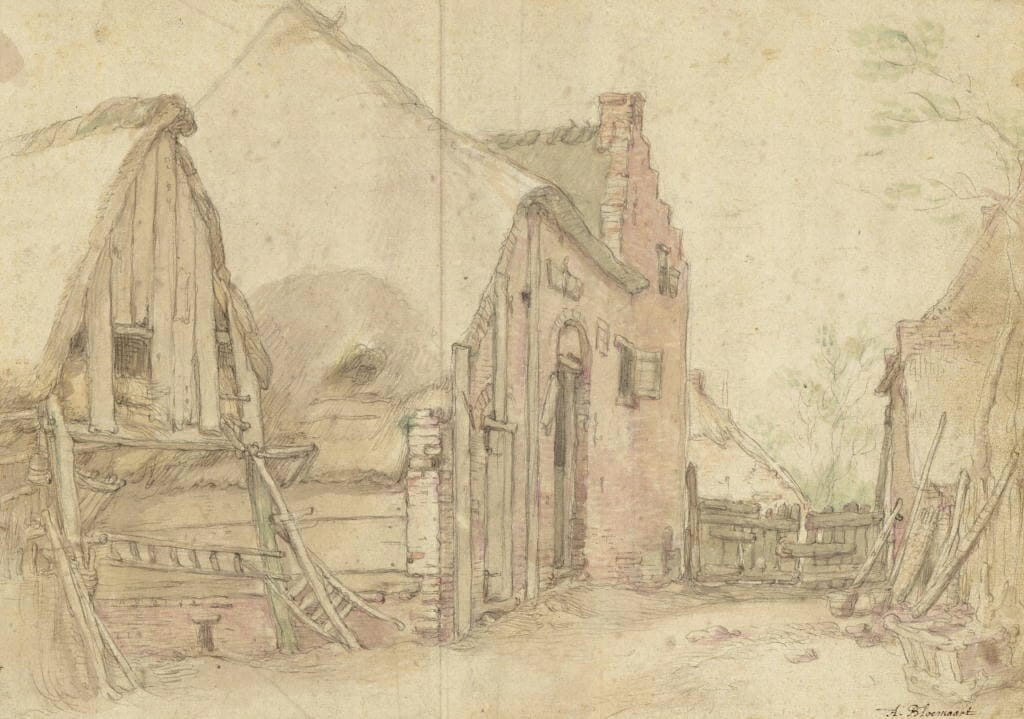 “View of a Farm Courtyard (recto), Study of a Tree (verso),” by Abraham Bloemaert, ca. 1600 done in “black chalk, pen and brown ink, brown wash, watercolor (recto); black chalk, pen and black ink, grey wash (verso).” The verso is the back of the first image and has the tree on it. The museum describes him as a loving and lyrical artist because of his application of pink wash and amount of detail for small objects. 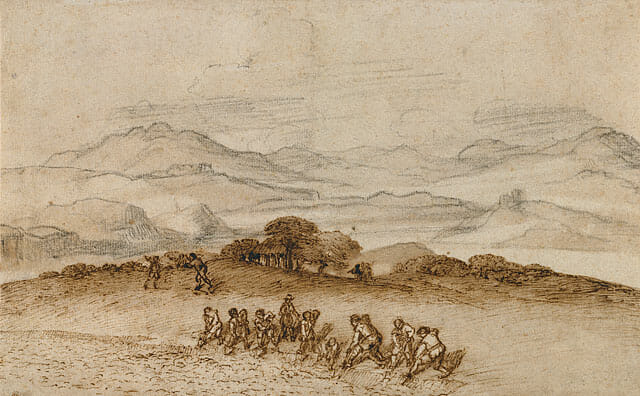 A French piece by Claude Lorrain, ca. 1660-1663 done in “pen and brown ink, brown wash, and black chalk.” It is drawn from a landscape in central Italy of everyday life, which he did not often produce. According to the site, it was probably sketched on the spot – a feat Lorrain rarely performed in his lifetime. 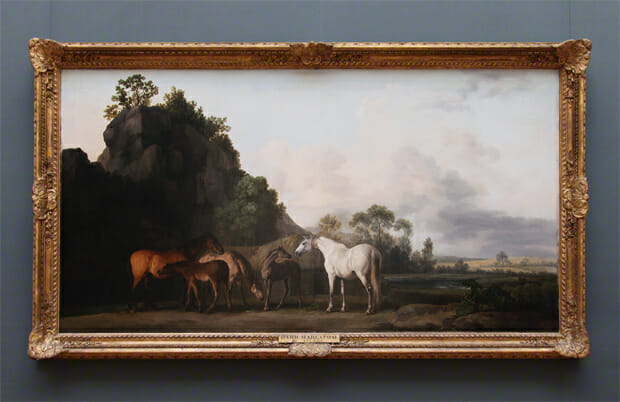 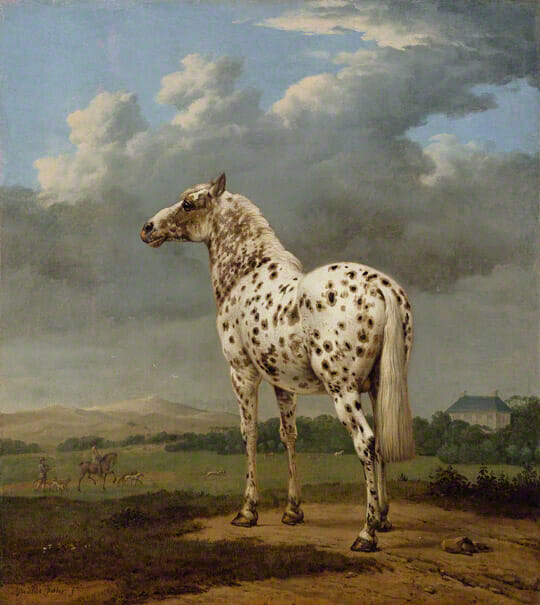 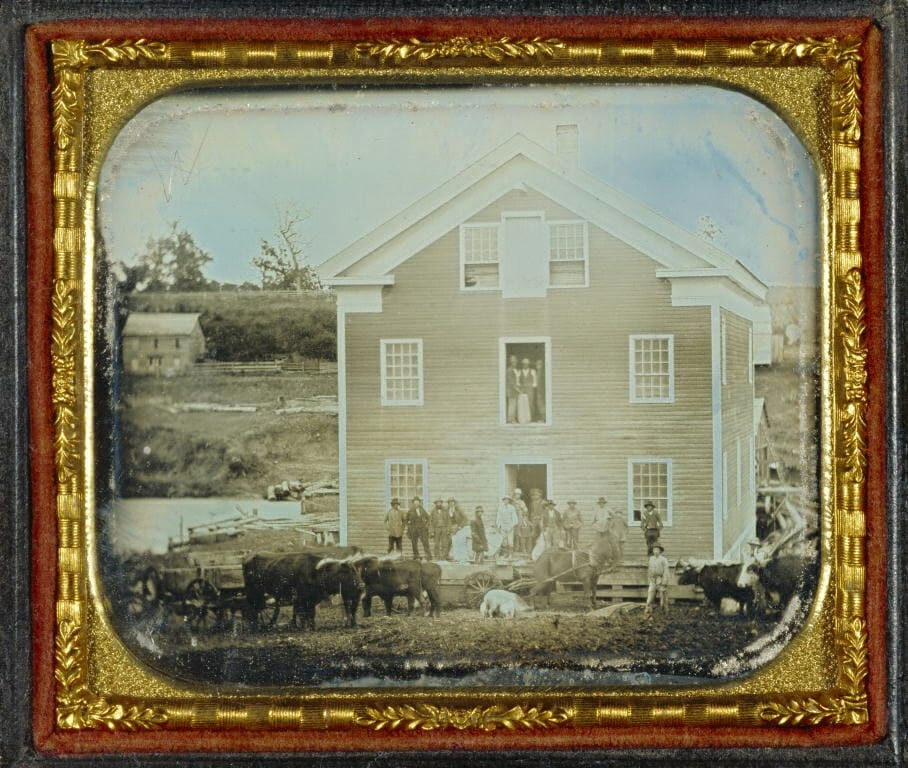 A framed daguerrotype shot of what looks like the last touches of work being done on this house, ca. 1845. Titled “Grist Mill.” An American photo, artist unknown. 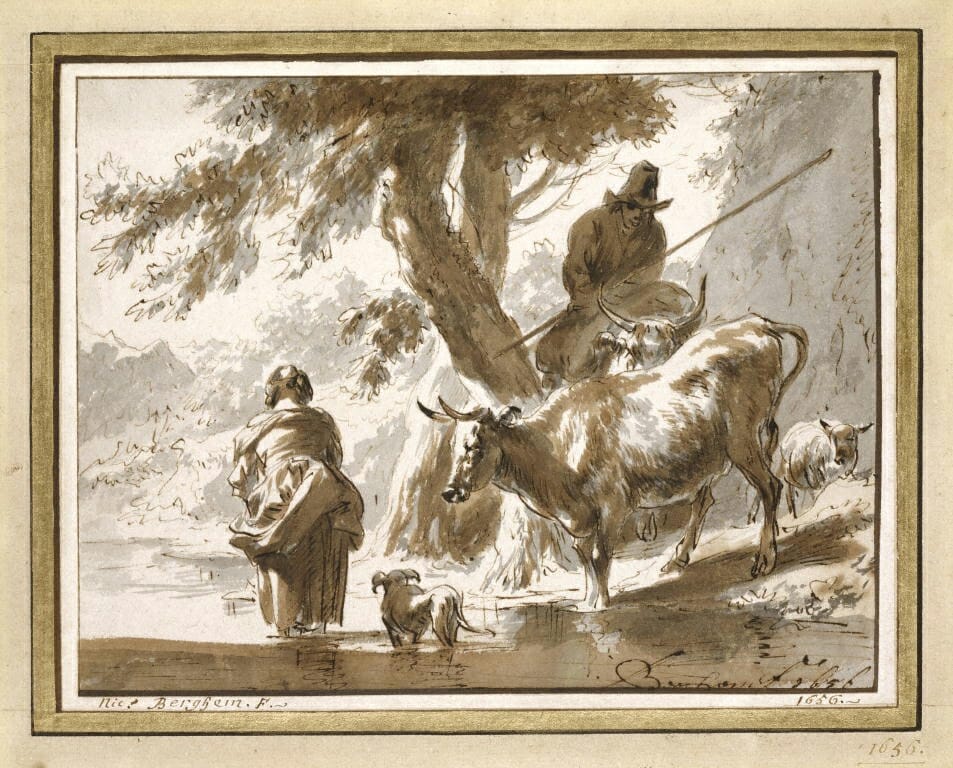 A Dutch work, ca. 1656 by Nicholaes Berchem of fording the river done in “Black chalk, pen and brown ink, brown and gray wash with contours incised.” 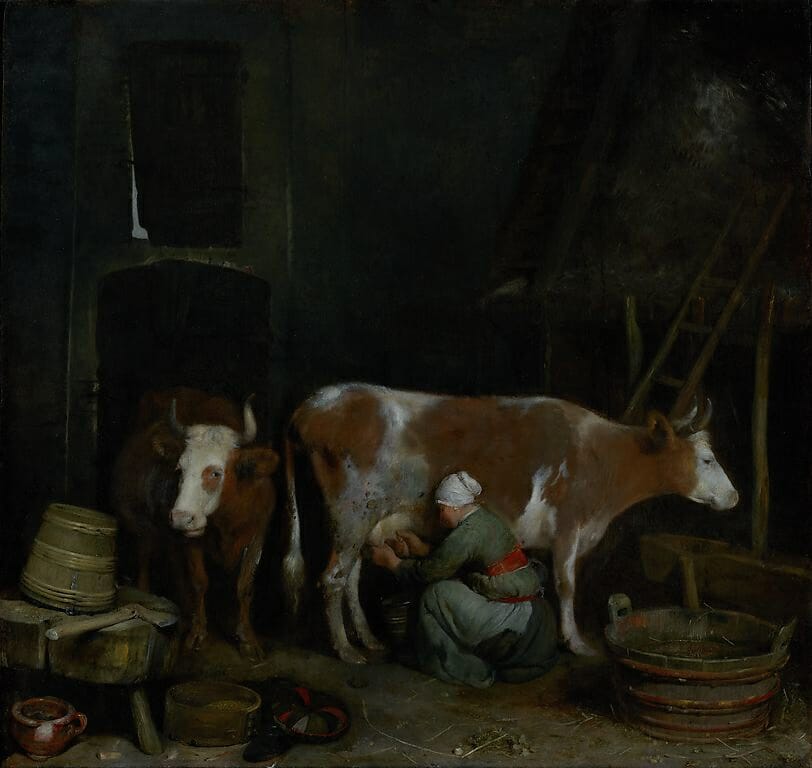 Dutch painting by Gerard ter Borch titled “A Maid Milking a Cow in a Barn” done with oil on panel and unframed. 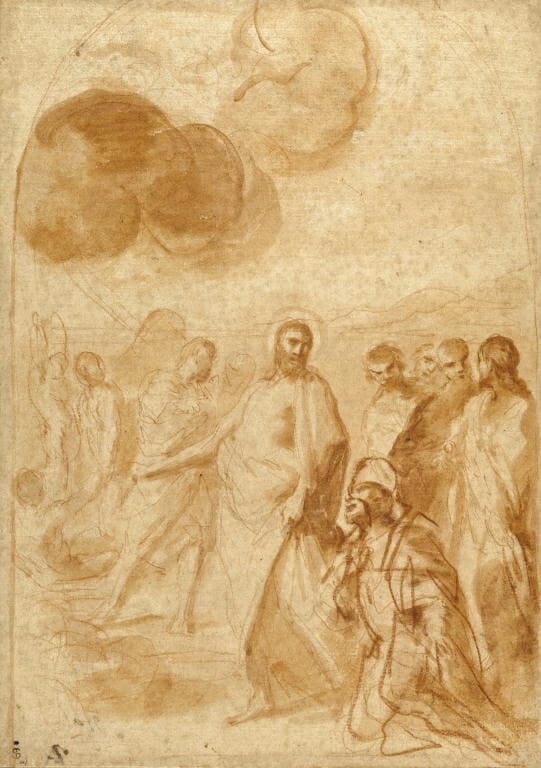 A French oil on canvas unframed by Théodore Rousseau, ca 1849 or 1855, “Forest of Fontainebleau, Cluster of Tall Trees Overlooking The Plain of Clair-Bois at the Edge of Bas-Bréau.” 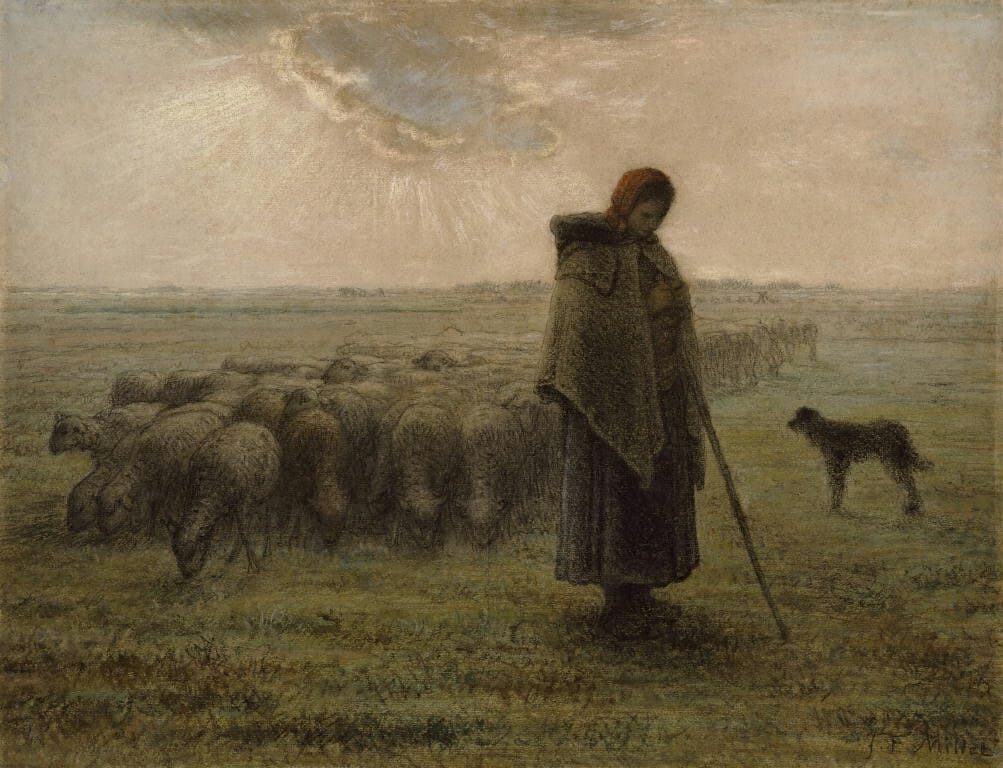 Using black chalk and pastel, Jean-FranÁ§ois Millet captured the feeling behind the “Shepherdess and Her Flock,” ca. 1862-1863. 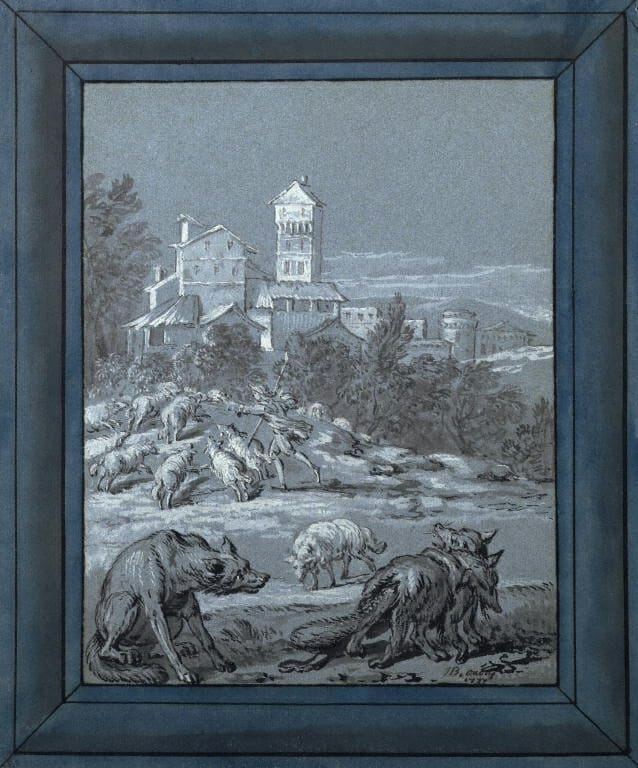 Jean-Baptiste Oudry’s “The Wolf and the Fox,” ca. 1733 in “rush and lack ink and brush and gray wash, heightened with white gouache, on blue paper” 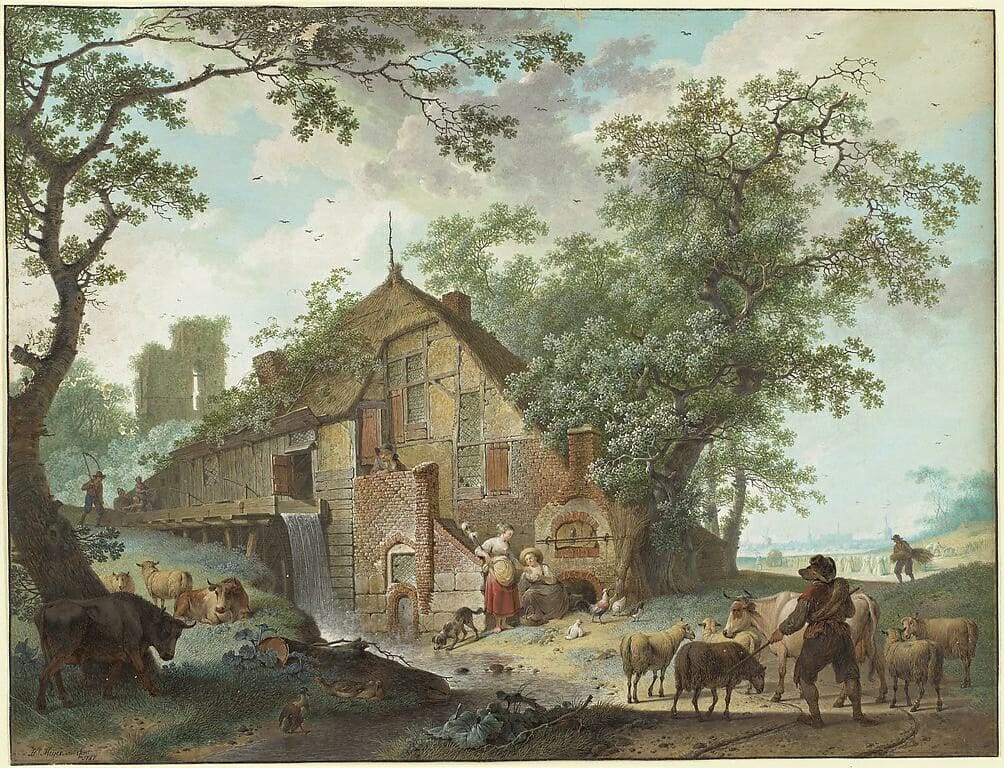 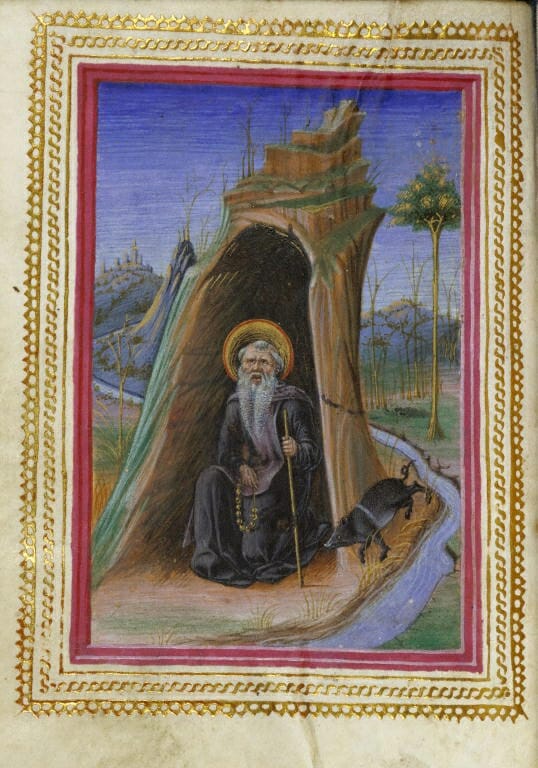 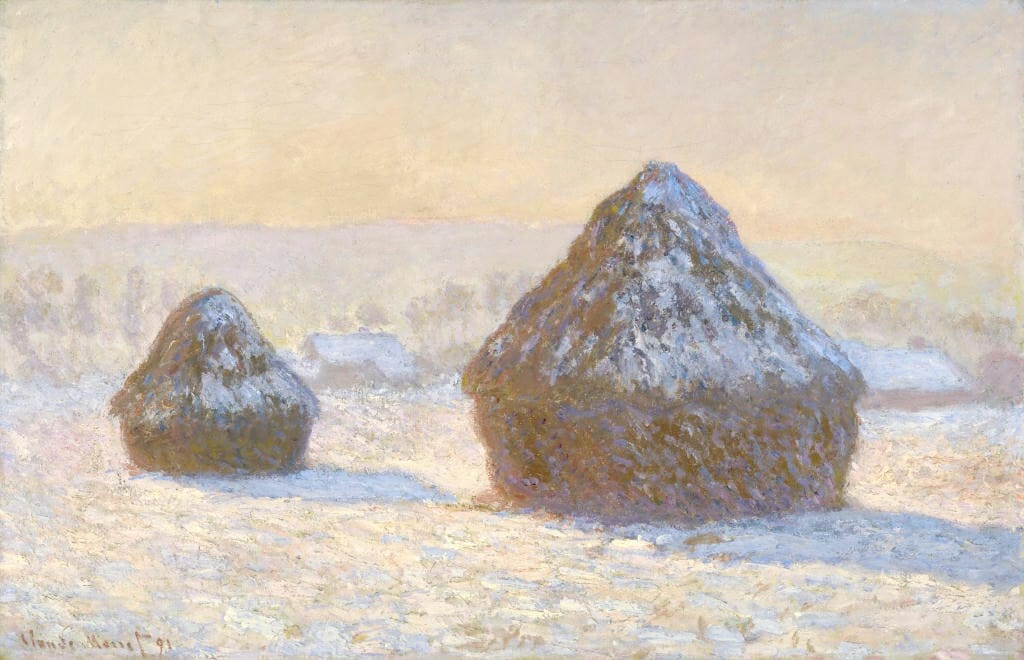