Want to Raise Crop Yields by 2.5 Billion Tons? Give Land a Break

A new report offers staggering numbers on how to fix land degradation. 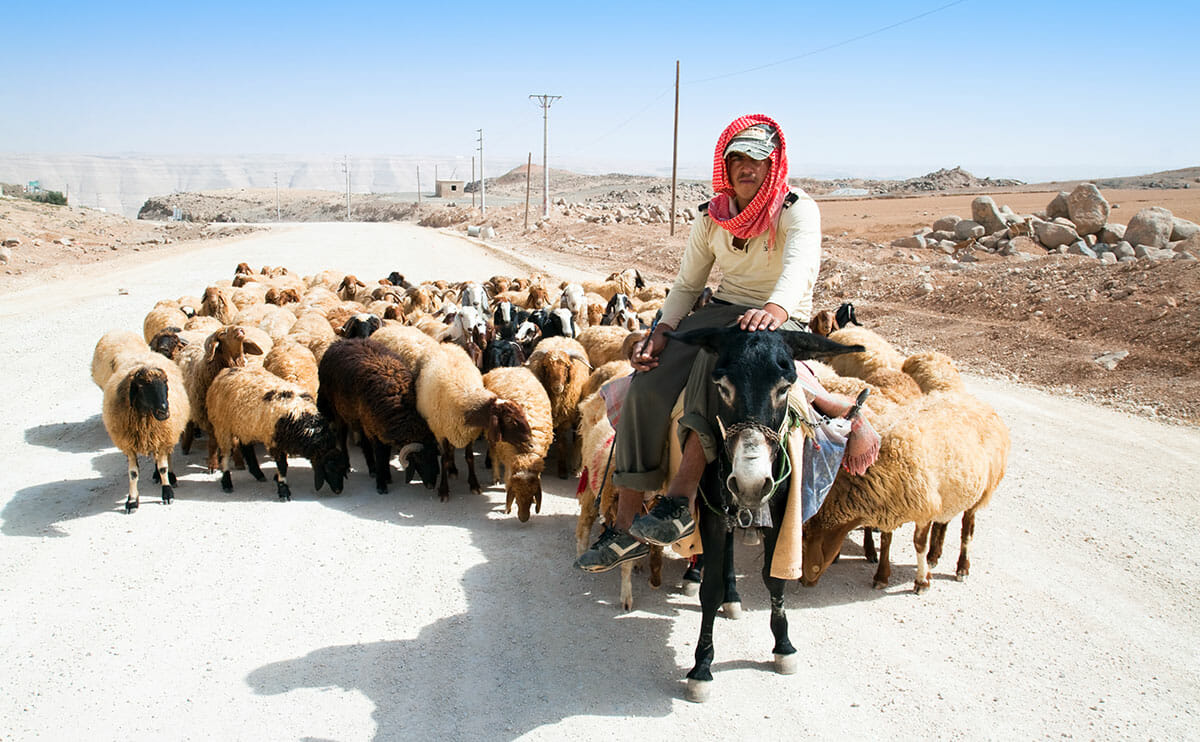 HimÁ¡ had been largely forgotten as government policies opened up land to unfettered grazing in an effort to boost agricultural output. It didn’t work: Overgrazing reduced the amount of livestock the land could sustain ”“ and costly feed needed to be imported. But in pilot projects established by the International Union for Conservation of Nature (IUCN), the pastoralists are re-learning that resting a parcel of land for a few years can double the amount of vegetation it can yield ”“ which potentially means doubling the amount of livestock that can graze on it. Farmers aren’t the only ones to benefit from sustainable practices like himÁ¡: The practice also recharges aquifers, prevents flooding, and boosts biodiversity.

A report published by the Economics of Land Degradation Initiative on Tuesday at a desertification conference in Namibia contains figures that should grab the attention of corporations and government ministers. It concludes that worldwide sustainable land management could raise annual world crop supplies by a staggering 2.5 billion tons, which would be worth $1.4 trillion a year.

Worldwide sustainable land management could raise annual world crop supplies by a staggering 2.5 billion tons, which would be worth $1.4 trillion a year.

The report warns that land’s economic value is “chronically undervalued” — often on the basis of “immediate agricultural or forestry market values.” Heed is seldom given to the capacity of protected lands to clean and store water, suck greenhouse gases out of the atmosphere or to support valuable ecosystems and biodiversity.

When the Zarqa River Basin grazing land is rested, it becomes better at trapping rainfall and recharging aquifers. Biodiversity is returning, along with nests belonging to endangered species of birds. “These ecosystem services are enjoyed by the herders ”“ but also by the country as a whole,” said Jonathan Davies, the IUCN’s drylands coordinator. “Perhaps even the planet will benefit from changes in the carbon content in the soil.”

Davies said it’s already clear that the economic benefits of returning to traditional grazing practices outweigh the costs. And he says the indirect benefits enjoyed by Jordan might be twice as valuable as the direct benefits to the farmers. What’s the total value? That’s yet to be determined. The work is being funded with the assistance of the Economics of Land Degradation Initiative ”“ an ambitious international effort that aims to speak a new language of sustainability. By quantifying the indirect benefits of sustainable land management, the initiative is attempting to convince government officials and businesses that it’s in their own interest to boost sustainability practices.

The study published Tuesday takes a long view of the benefits of sustainable land management, factoring in far more than just the value of crops, fiber and wood and the like. Those involved with the report hope their estimates will help gain traction in the battle against expanding deserts and degrading lands.

Land degradation has persisted since the 1980s, even as food crises have taken root and United Nations-led efforts have increased awareness. By one academic estimate, 24 percent of Earth’s usable land is now degraded, with more than 1 billion people directly affected. The problem will become more severe: Scientists have warned that the world may need to boost food production by 70 to 100 percent by 2050 as the population grows.

By one academic estimate, 24 percent of Earth’s usable land is now degraded, with more than 1 billion people directly affected.

But stern warnings don’t seemed to have grabbed the attention of decision makers. Other tactics are needed.

“We want to move away from this negative rhetoric of desertification occurring,” said United Nations University Assistant Director Richard Thomas, the report’s lead author and one of the founders of the initiative in 2009. “It’s just not gaining attention. But if we switch it over and say, ‘Look, these are the economic benefits from sustainable land management,’ then the numbers are truly quite impressive.”

“We want to quantify things like carbon sequestration of soil, recycling capacity, things like that. Even the values that are really hard to put economic values on ”“ the spiritual and cultural values associated with land ”“ we want to match qualitative values with quantitative values.”

Specific steps that world leaders and businesses could support to reap the benefits of sustainability are outlined in the report. They include funding reforestation projects, helping rural residents establish new alternative industries such as tourism, and paying farmers to protect and conserve some of their land.

To turn theory into reality, Thomas says current ideas around corporate social responsibility need to be turned on their heads. Public relations priorities need to be dumped in favor of meaningful approaches to boosting “shared value.” Those approaches could help enrich land owners, governments and the rural poor who so often work the land.

Take fair trade as an example of a corporate social responsibility program that comes up short. “Fair trade just means dividing up the pie in different ways,” Thomas said. “But shared value means expanding the pie. It’s a slightly different concept, and one that can lead to economic growth at the same time as giving more equitable benefits to the communities.”

After decades of inaction, it’s easy to dismiss any hope of reversing the loss of arable lands. But pushing for change is what the initiative is determined to do, using €1.75 million ($2.4 million) provided by Germany, Korea and the European Union in 2011. That money is being used for scientific studies and pilot projects in such countries as Botswana, Jordan, Mali and Kenya. Other funding is provided indirectly.

“We’re receiving new support from other networks,” said the initiative’s coordinator, Mark Schauer. “Our partners see economics as a good tool for awareness-raising and to create better-informed decision making.”