Meet the Goat Who Got Demoted - Modern Farmer
Animals, Lifestyle

Meet the Goat Who Got Demoted

William (Billy to his friends), was quickly rising up the ranks of the 1st Battalion of the Royal Welsh, an infantry battalion of the British Army. (Goats, you see, have a long history in the British army, serving since the American Revolutionary War onward.) At the age of six, he had earned the rank of […] 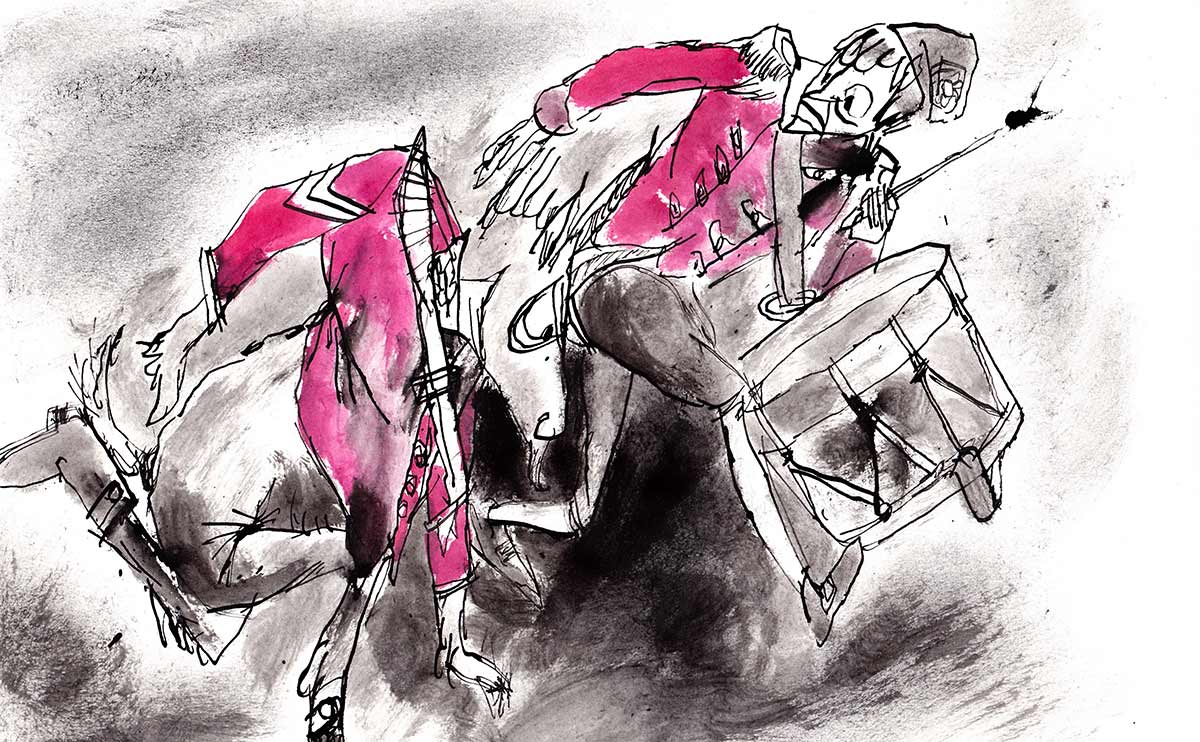 William (Billy to his friends), was quickly rising up the ranks of the 1st Battalion of the Royal Welsh, an infantry battalion of the British Army. (Goats, you see, have a long history in the British army, serving since the American Revolutionary War onward.) At the age of six, he had earned the rank of Lance Corporal and had even snagged an overseas commission, serving in the ranks in Cyprus.

But it was Billy’s first stint overseas where everything started to go south. Perhaps it was the new environment. Perhaps the pressure got to him. Perhaps he was just feeling rambunctious. Whatever the cause, at a parade celebrating the Queen’s 80th birthday in June of 2006 on the south coast of Cyprus, Billy went buck wild. Despite repeated orders, he refused to keep in line during his regimental parade. His handler, Lance Corporal Dai Davies, was unable to control Billy. During one particularly dark moment, he attempted to headbutt a drummer. 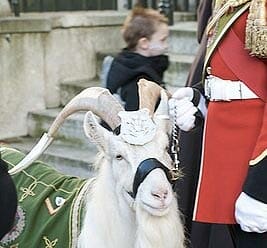 For his actions in Cyprus, Billy was disciplined and demoted from the rank of Lance Corporal to Fusilier (for those not up on their British military ranks, that’s about the same as being busted down to the rank of private — not something you want to have happen).

“The goat, which has been the regiment’s mascot since 2001, was supposed to be leading the march, but would not stay in line,” said Captain Crispian Coates, speaking to the Washington Post. “After consideration, the commanding officer decided he had no option but to demote Billy.”

During his demotion, Billy suffered numerous indignities. He was charged with “unacceptable behavior,” “disobeying a direct order” and “lack of decorum.” Fellow fusiliers were no longer required to salute him or stand at attention, as had been the case when he was a Lance Corporal. Even for a goat, that must have stung. An Canadian animal rights group even protested on behalf of Billy, saying he was simply following his goat nature — “acting the goat” — but to no avail.

Luckily, there’s a happy ending. After a time in the wilderness, Billy was reinstated with full honors in August of 2006. Captain Simon Clarke said at the time, “Billy performed exceptionally well, he has had all summer to reflect on his behavior at the Queen’s birthday and clearly earned the rank he deserves.”

While many goats have served with distinction within the British Army, there have been a few others with a checkered past. There was a royal goat that was charged with prostitution in the late 19th century after being offered up for stud services, though the charges were eventually lowered to “disrespect of an officer.” Another royal earned the nickname “the rebel” after the goat headbutted a colonel bent over adjusting his trousers — catching him full in the rear, as it were — “knocking him over and blacking both his eyes.” For this act, the goat was charged with a “disgraceful act of insubordination.”

As for Billy? He’s put his wild days behind him. He left the military in 2009, with a farewell parade in his honor, with soldiers lining both sides as he was walked from his pen to the transport truck. He now lives at the Whipsnade Zoo in Bedfordshire, spending his days at the children’s petting zoo. According to the zoo, “four female White Windsor goats took a lively interest when Billy arrived.” Not a bad retirement.

This is an informative and hilarious piece! Thank you!