Fighting for Food in the South Bronx

A mother works to get fresh food in poor neighborhood. 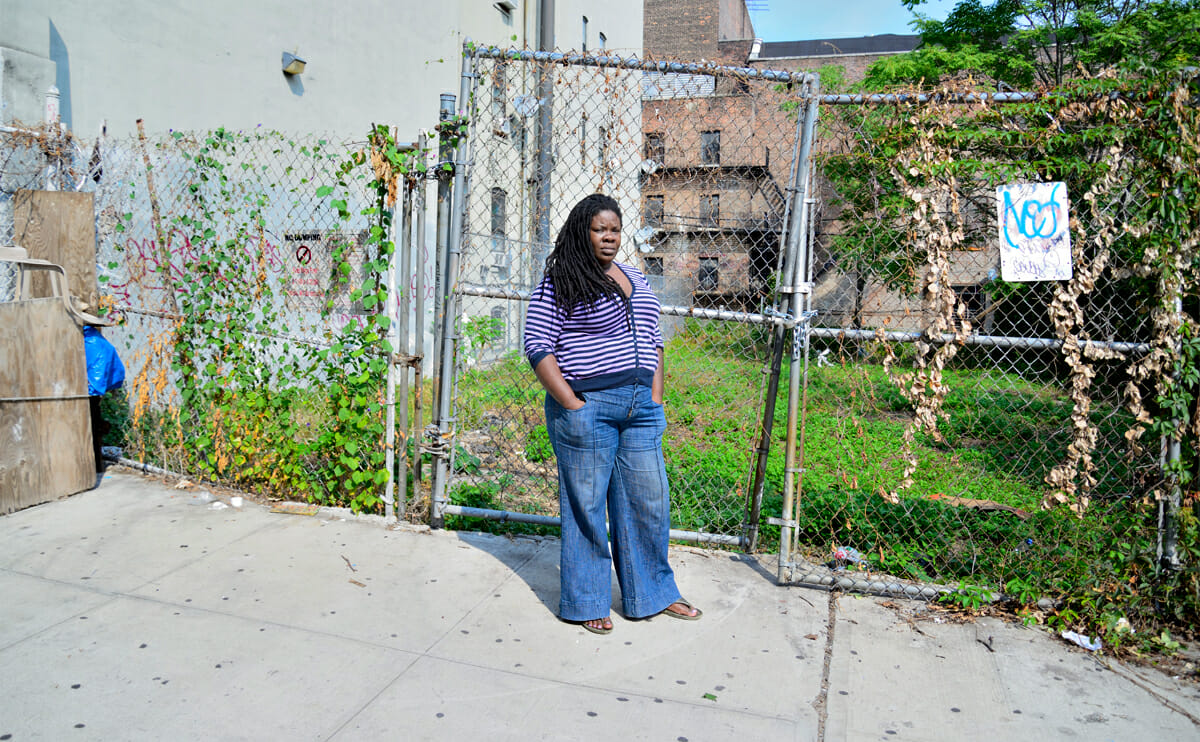 “I have some issues with this idea of ‘environmental justice’ and ‘food justice,’ as if they’re two things. You don’t have a good environment; you don’t grow good food,” says Fields. “To me, they are the same thing.”

Field’s organization, The BLK Projek, is working to turn an old school bus into a veggie mobile market and an abandoned plot of land into a farm. It’s been a long time coming.

When Fields moved to the South Bronx she was a young mother finishing college. She imagined her near future would include a good job and moving out of the area, which she held many preconceived notions about. Mainly: it’s crime-ridden, dirty and polluted, she says.

Six months later she was laid off from her job and had to go on welfare. She was also pregnant again and in a destructive relationship. When her second child was born with chronic asthma her hopelessness reached a breaking point. Where she ultimately found solace surprised even her. She could turn her hopelessness into action fighting for environmental justice. 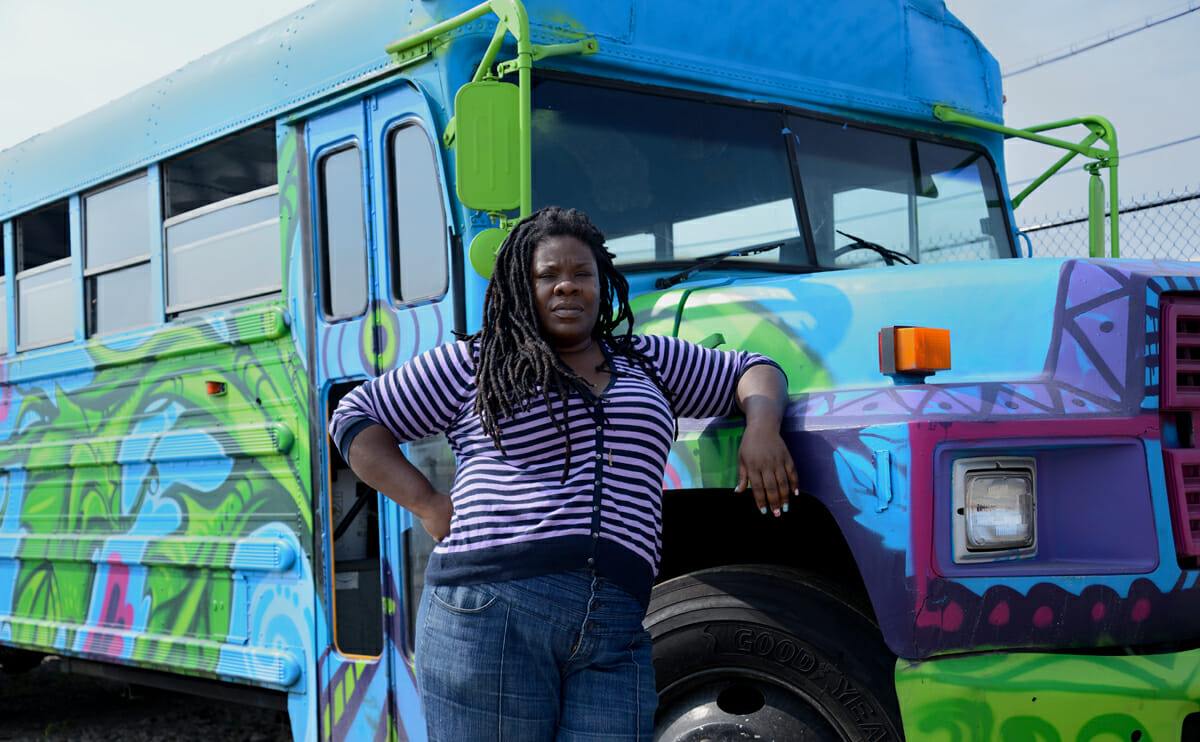 Field began volunteering for Mothers on the Move, which works on many social justice issues including environmental ones. She later became an outreach coordinator for Sustainable South Bronx, under the leadership of environmental activist Marjora Carter. Currently the organization is one of the BLK Projek’s biggest supporters.

After three years working for these organizations, Fields says, “I amassed a lot of resources and really learned to present myself. I felt like I had a space where I could harness my talents, and I was doing something I was passionate about.”

Now she was ready to fight for food.

Field’s first program with the BLK Projek, Holistic Hood, included workshops on food justice issues (along with healthy snacks). Then she started guerrilla gardening in abandoned lots, and “getting kicked out of places and getting in trouble with the police,” she says.

While looking for a more permanent space for her farming dreams, she came across an old school bus and grew acquainted with a farmer in upstate New York. She’s currently in the process of outfitting the bus with refrigeration units to use it as a mobile vegetable market where South Bronx residents can buy produce from upstate farms.

And her farming dreams seem to be coming to fruition. She has recently been granted approval from the city to farm in a 4,300-square-foot, long-abandoned lot in the neighborhood. The space used to be a community garden in the ’80s and ’90s, and she’ll begin cover cropping and building raised beds at Libertad Urban Farm, as she’s named it, in November. She plans to sell the produce she grows here at the Mobile Market.

Fields hopes the farm and market can become a job creator as well as a way to revitalize the area.

Neighbors are already excited for the farming to begin. As she surveyed the lot recently a neighbor came over to see how things were progressing. Right now the space is overrun and trash-strewn but “they remember when it was a beautiful garden,” says Fields.

And someday soon, if Fields has anything to say about it, it will be again.