‘The Current 20 Year-Olds Make Me Nuts’: Retiring Farmers Sound Off

Two retiring farmers talk about the past, present and future of farming. 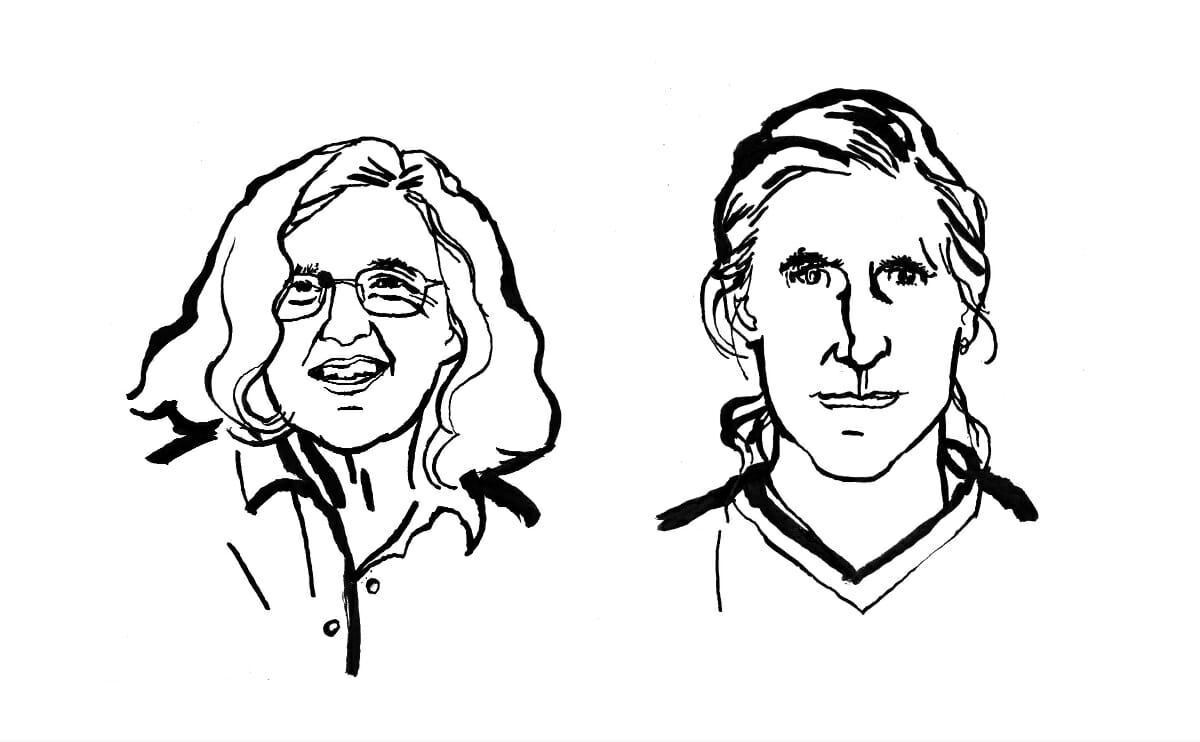 Ruth Campbell runs a century farm outside Russellville, Missouri. The farm has been in her family since the early 1800s, when Missouri was still a territory. She raises heritage breeds, including the American Milking Devon, Cotswold sheep, and Dominique and Black Jersey Giant chickens. She is also currently the only person in the northern hemisphere to raise Wessex Saddleback pigs.

Modern Farmer: What have been the biggest changes you’ve seen since you started farming?

Ruth Campbell: One of the biggest changes, and the most positive, is an awareness in the general population about how things are raised and about the value of some of the older breeds and some understanding of how diversity is being compromised and how our whole food system is being compromised by an emphasis on cheap. Also, how the government and the subsidy programs and the policies of the government have helped to compromise our food system, so that if there was some biological terrorist activity, I think that our food system would be in terrible danger. And I think that’s how you subdue a population, by starving them.

MF: What do you think is depressing about the future of American farming?

RC: The fact that corporations have so much power, and that between government and corporations, it’s just a revolving door for the power structure. I feel sorry for the people of the future. I’m glad I’ll die before then. I think people are going to have to take control of their own future, and I don’t really feel optimistic about people doing that. I think there’s always going to be the segment of the population that is well-informed and concerned about quality of life, but then I think that there’s a larger segment of the population who either can’t or [don’t] concern themselves with those things.

MF: Do you see people being more interested in the type of farming you do, with a smaller farm and humanely treated animals?

RC: Yes, but I think that there is a particular segment of the population that is more concerned with the quality of the life of the animal and also the quality of the food they’re eating. And I don’t think that some people are well informed, or they can afford to buy good quality. For some people, just getting food is difficult. So their focus is on what they have to pay the least amount of money for, so they can’t concern themselves with quality, because a higher quality product is going to be outside their economic means. I see people becoming more well informed, but still, even in an agricultural area like this, you would think that people would be knowledgeable about their food and they would be concerned about it, but I see a lot of willful ignorance about those kinds of things, and I don’t know if it’s a kind of denial, because if you find out how your food is raised and it causes you concern but you can’t alter your situation, you can’t afford better quality, that puts you in an impossible bind. So sometimes I think people don’t want to know, because it’s scary.

MF: Do you have any practical advice for farmers who are just starting out?

RC: I would encourage young farmers to get hands-on experience with experienced people, rather than reading the books or listening too much to the trained experts. Practical experience trumps books any day. I think that the small farms are going to save agriculture if it’s going to be saved.

MF: What is your plan for retirement?

RC: Hopefully I won’t die by having a heart attack in the hog lot and having the hogs eat me; that’s my only fear. That would be a real case of recycling ”“ nothing left but my rubber boots! I’m gonna live to be 200 years old; I’m gonna outlive ’em all!

David Brown runs the Hay House Farm in Old Saybrook, Connecticut. He grows a variety of cut flowers, vegetables and fruit, and also raises chickens for eggs and as a compost source.

Modern Farmer: How did you get started, and why are you looking to rent out your farm?

David Brown: I was growing for a long time before and I actually had rented a field, and then I had a chance to rent this place in the ’80s, which is when I started growing all this stuff and selling more commercially. But I was a teacher for awhile, and I’m also an artist. Then in ’99 I had a chance to buy it, which I did. It kind of ratcheted up, and a few years ago I had a fire that burned down my barn and my studio, and rebuilt, which really put me into debt, so to make up for that I started a CSA and did more farmers markets. And then I just hit a point in 2010, where in order to do that I had some helpers and lots of interns and a lot of woofers. I discovered that I no longer enjoyed working with the 20-year-olds of today. It’s not just me; I’ve talked to other farmers who specifically say they’re getting out of farming because they can’t do it without interns. And the current 20-year-olds make me nuts.

DB: No common sense, no memory, passive-aggressive, no reliability, no work ethic. Basically, it was no fun. I had six to eight kids living here, and I thought, ‘Wait, I chose not to have children, and I’m mommy.’ I just hit a point where I used to have museum shows, and I realized that because I was so overwhelmed with the farming that I had just missed the application deadline for a $30,000 art grant that someone was trying to give me. And I said, ‘You know what? This isn’t working anymore. I haven’t painted in a year, I’m really not enjoying this, it’s really stressful, I am not gonna do this.’ So I’m trying to transition out, which is taking longer than I’d thought, but hopefully by next year. I’ve created a space to move into in the barn so I can lease my house and farm to somebody younger, in their 30s. And they can do it, because the market is totally here.

MF: Have your interns never farmed before, or any from their own family farms?

DB: I wish I got the kids from their own family farms, but I don’t get that. I’ve gotten kids who have worked on other farms. Right now it seems to be the thing for a lot of kids. They think, ‘Oh, isn’t that romantic? I want to grow my own food.’ The fact is, it’s very labor-intensive, and tedious, and repetitive and all of that. Some kids realize very quickly, ‘Wow, this isn’t romantic.’ And then there’s other kids who say, ‘No, this is just what I thought it was and I’m gonna do it.’ I definitely get the can-do kids occasionally. But there does seem to be more of a pool for interns than there was a few years ago, because there are more kids going into sustainable ag programs, and I find with kids they’re definitely more attracted to organic farms than conventional farms.

MF: How has the market for organics changed since you started?

DB: When I started this, like with the cut flowers, a florist would say to me, ‘Honey, who cares if they’re organic? We’re not gonna eat them.’ The same florist will call me today, 20 years later, and say ‘I’ve got a bride, she wants an all-green wedding June 15, what are you gonna have then?’ So now the market is there.

MF: What is the future of farming?

DB: Here, there’s a real window for farmers who want to do it. It’s not even a niche; it’s a chasm. There just aren’t enough farmers and people want local stuff. When we did have a CSA, we’d have people drive from half hour away to pick up their box every week. So it is good that way, and our state’s ag department is pretty supportive because there are so few farmers. But with the cost of land and all, it’s really hard for young farmers to get land to farm around here. Then there’s the help situation, and things may change with the new immigration bill. I was at a conference a few years ago and one farmer after another said, ‘Who’s kidding who; there wouldn’t be a farm operating in Connecticut if you got rid of all those undocumented workers.’ And I remember one farmer saying, ‘People in Connecticut aren’t raising their kids to be farmers.’ So in terms of having to rely on our kids for labor, I’m just not sure. Some people may have better luck than I’ve had. But I’ve had couples who’ve looked at my farm who may lease it next year, who are in their 30s and they can do their own work, and I think they would do great.

The interviews were edited and condensed.