But it turns out that combine demolition derbies also work as wonderful narratives for telling the story of the family farm. Sue Arbuthnot and Richard Wilhelm explore this theme in Dryland, a bittersweet, beautiful new film. The film revolves around Josh and his best friend Matt, two teenagers living on their family farms in the […] 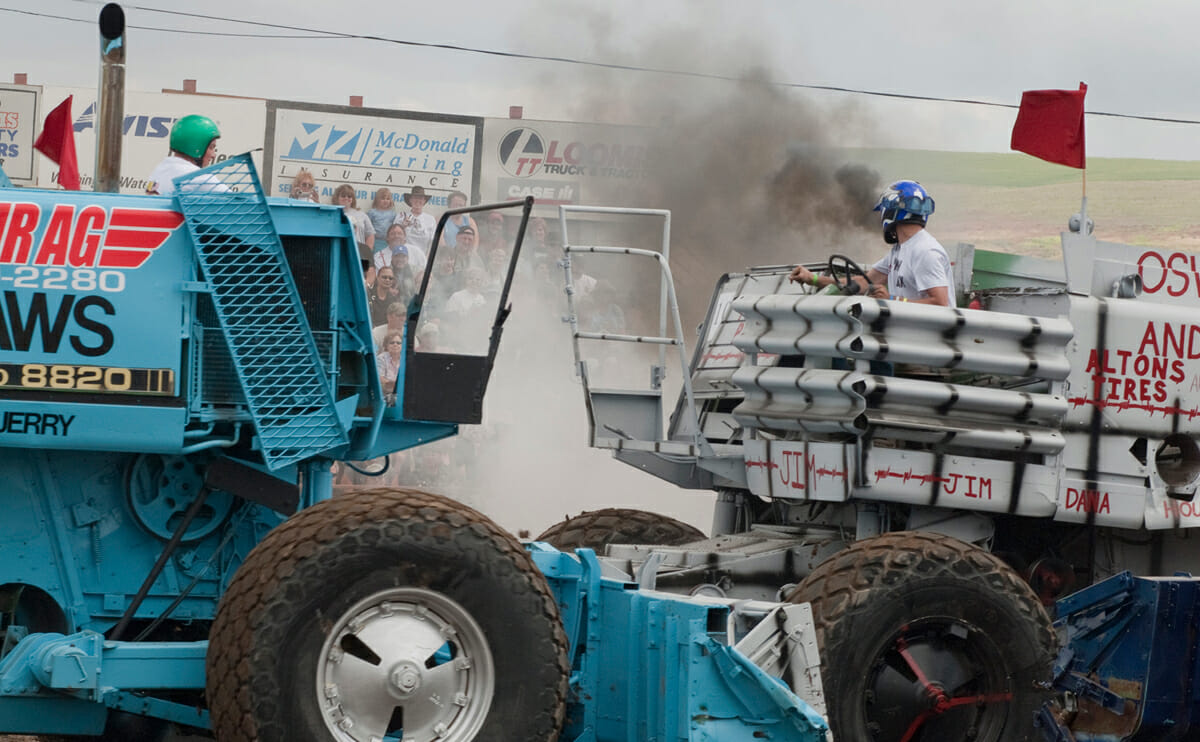 But it turns out that combine demolition derbies also work as wonderful narratives for telling the story of the family farm. Sue Arbuthnot and Richard Wilhelm explore this theme in Dryland, a bittersweet, beautiful new film.

The film revolves around Josh and his best friend Matt, two teenagers living on their family farms in the small town of in Lind, Washington. In 2003 when the film opens, the two friends are preparing JAWS, a tricked out blue combine, for the Lind Combine Derby. It’s a monumental moment as it’s the first time Josh is old enough to compete.

“We’ve been driving combines since we were 10 years old, maybe sooner sitting on our dad’s lap, now it’s time to have fun with them,” says Josh early on in the film. “All these years we’ve been told to take it easy, be careful with them, now we get to go out here and crash them up.”

It’s not just crashing the combines that thrill Josh and Matt. The newest combine models are high tech — harvesting acres of wheat in record time — and comfortable — cabs with radios, ergonomic seats, and air conditioners.

Ironically, the cutting-edge combines that excite Josh and Matt also reduce a farm’s labor needs. Josh desperately wants to get into the family business, but his family’s farm is going the way of so many across the country: getting bigger and bigger but becoming harder and harder to make profitable.

Over more than a decade of filming, the film asks, will Josh be able to make a viable living as a farmer? And how will any family farmer do so in the future? 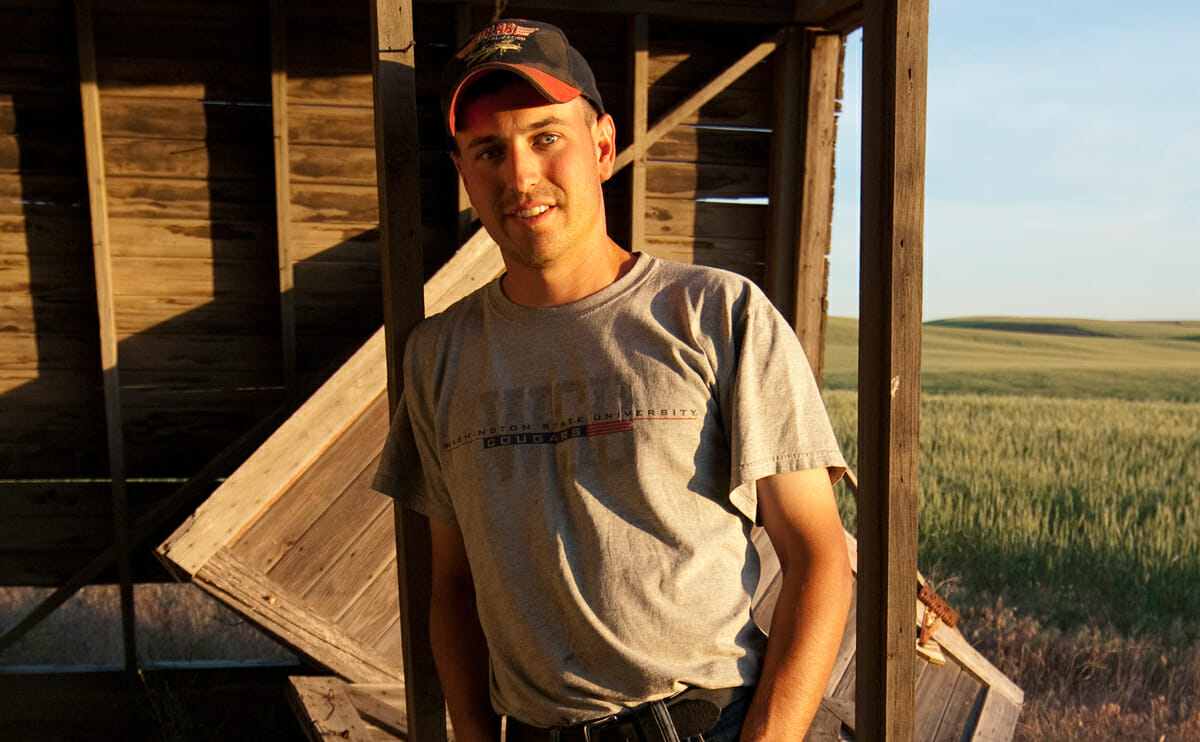 Josh’s dad best describes the precarious life of the modern farmer early on in the film: “You have to be an optimist if you are a farmer.”

This documentary explores the impact of new technologies on the family farms, with the bonus of intense combine crashes and plenty of pretty pastoral farm footage too. Worthy of a watch.

To find out more about the film visit Hare in the Gate Productions.