It might come as a surprise, but 96 percent of US crop farms are still family farms. They've just gotten much bigger. 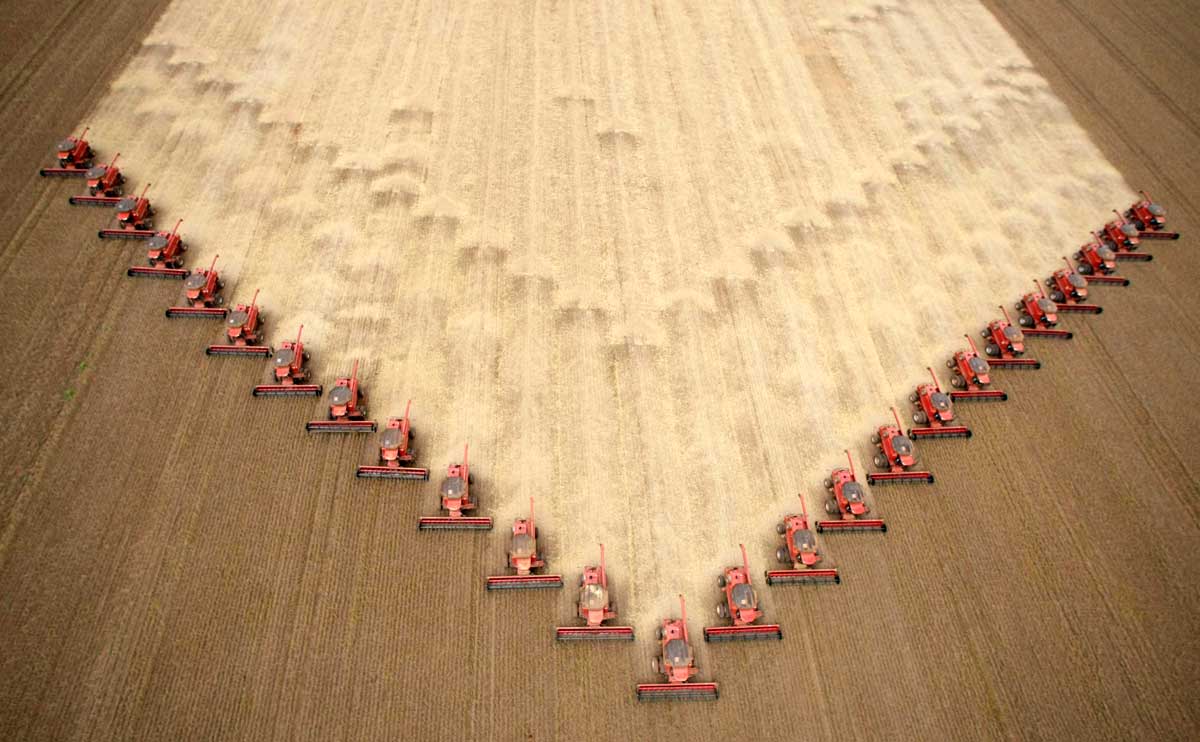 “Family farm” can now join the ranks of “all natural” and “sustainable”Â­ — terms used in product packaging, marketing speak or conversations at farmers markets that conjure up images of pastoral rolling fields but whose definition could easily mean “big agricultural operation.”

A new USDA report (PDF) found that while most farms in the 1980s occupied less than 600 acres, today farms have nearly doubled in size. It might come as a surprise, but 96 percent of US crop farms are still family farms. They’ve just gotten much bigger. 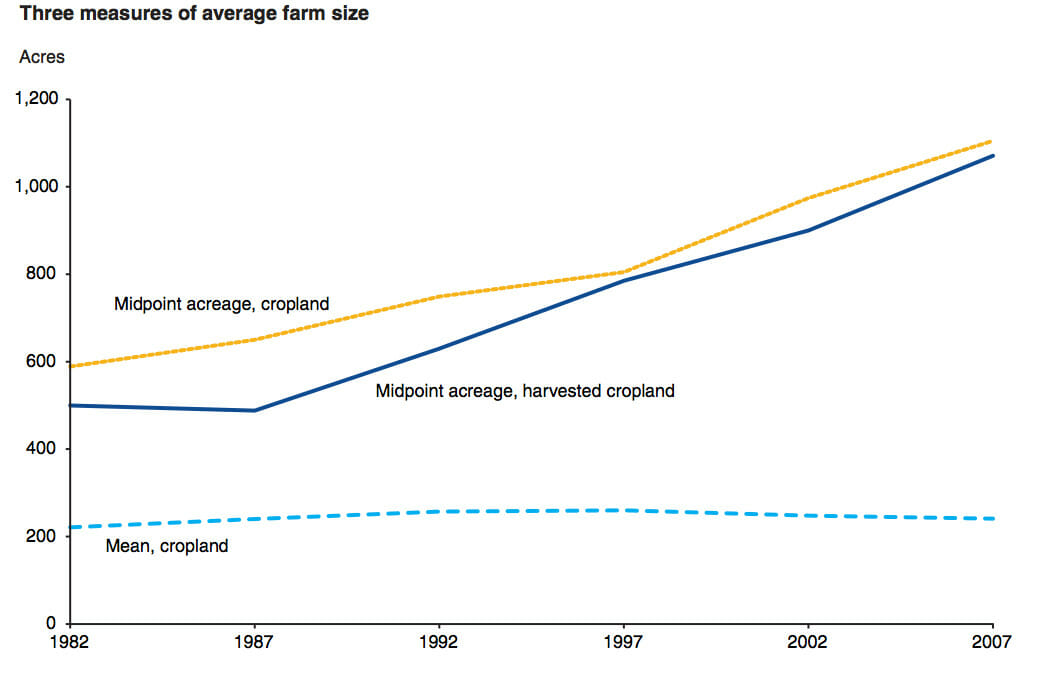 “Family farm” is a very specific definition that has nothing to do with how food is grown or raised or how employees or animals are treated, despite the warm feelings it might invoke.

It’s a very succinct, specific definition that has nothing to do with how food is grown or raised or how employees or animals are treated, despite the warm feelings it might invoke.

The slow increase in farm size really started back in the early 20th century when farmers became more specialized, first separating livestock farming from crop farming, then focusing on five commodities — corn, soybeans, wheat, fruits and vegetables. The shift to larger and larger farms can also be traced to technologies that have increased yield and decreased labor needs. Federal policies, such as crop insurance, which reduce the financial risk farmers must take in an unpredictable environment, have also played a role.

And these big specialized farms make financial sense. The report found that large farms make better returns than small farms on average. Even as farm sizes grow, family farms continue to dominate, and the report credits this in part to the local, generational knowledge that family farmers keep. Pests and fluctuating weather patterns are more manageable in experienced hands. 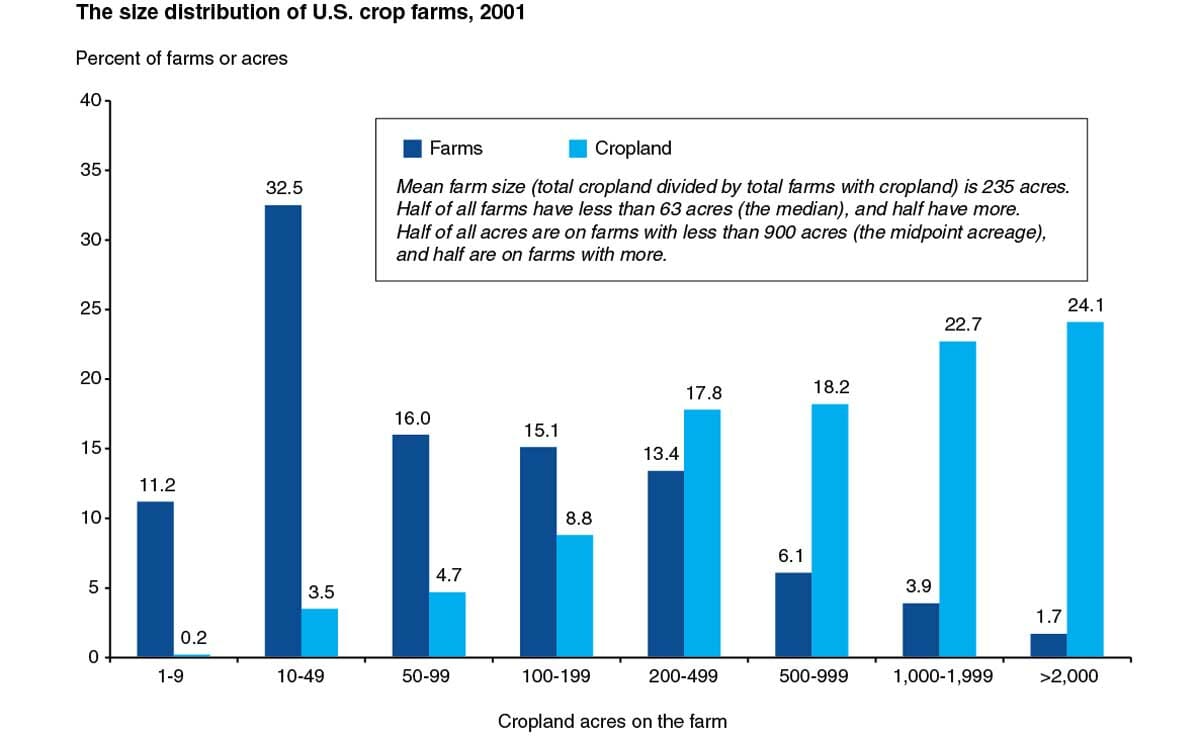 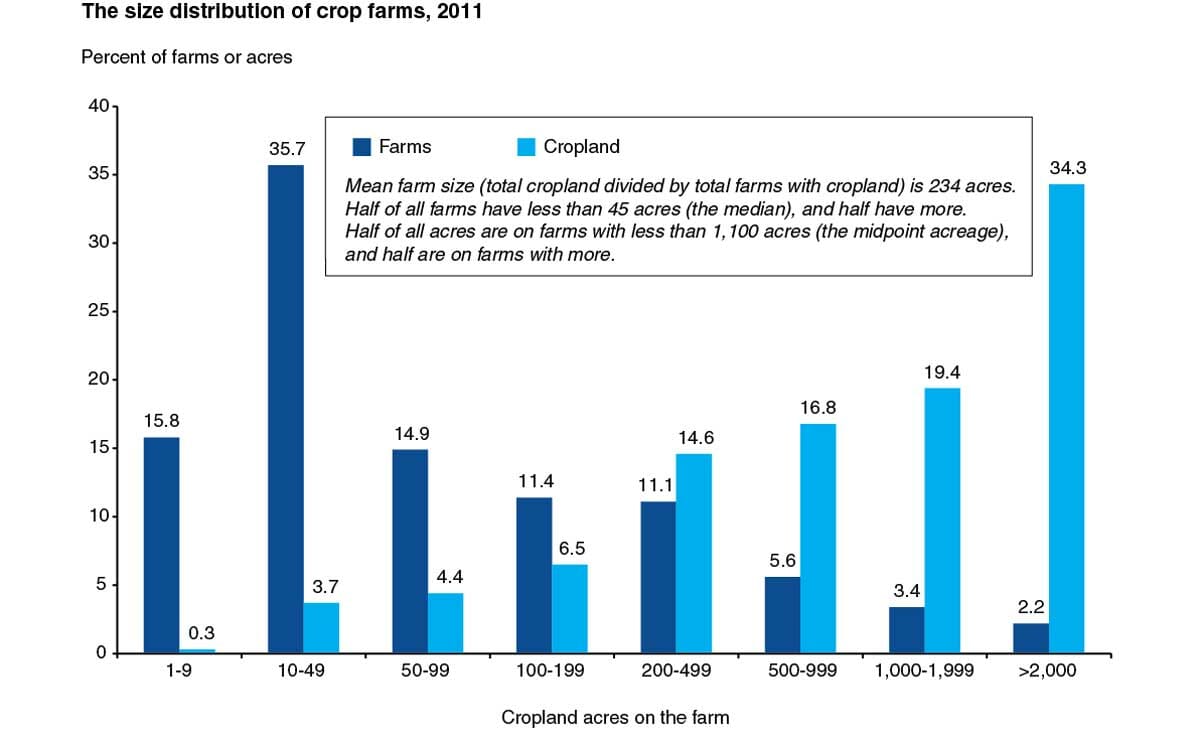 For farmers and consumers who might want to cling to an older, idyllic notion of the family farm, the report also offers some good news. In 2011 there were nearly 100,000 more farms under 50 acres than in 2001. On the flip side, during the same time period the largest farms measured — over 2,000 acres — accounted for 10% more of the country’s cropland. Very large and very small farms are replacing mid-sized farms as our agricultural system becomes more polarized.