Golden Rice: A Brief Timeline of The World’s Most Controversial Grain

Golden Rice is a genetically modified curveball, created to remedy Vitamin A deficiency among the world's poorest souls. 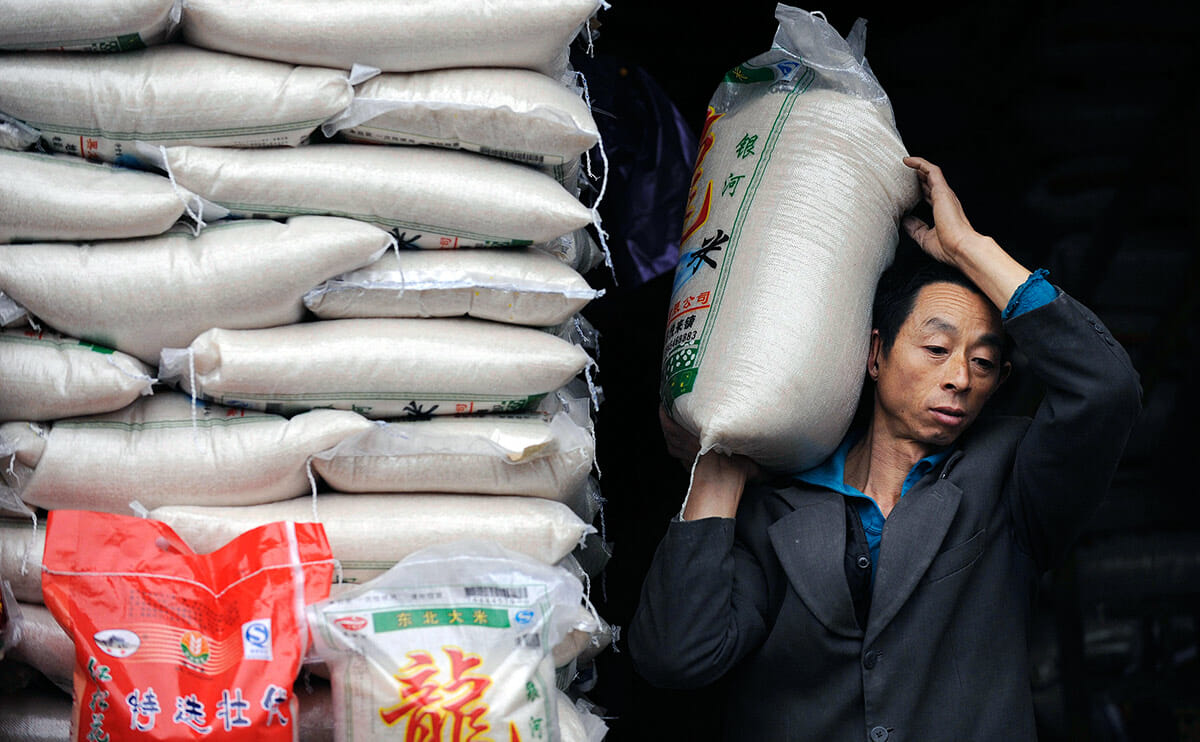 It’s the grain genetically modified to include Vitamin A, which gives it an orange tint. Unlike, say, pesticide-resistent soy seeds, scorned for being more beneficial to corporations than consumers (among other issues), this rice is being tested for its ability to provide much-needed nutrients to poorer populations. It’s not owned by any company and provides no advantages to growers besides the added vitamin.

Still, Golden Rice is massively controversial, as evidenced when protestors shredded a test crop in the Philippines earlier this month.

Opponents argue that we shouldn’t bank on GMOs when we don’t yet know the long-term consequences. A better solution to Vitamin A deficiencies, they suggest, would be tackling poverty at its roots, or moving away from cereal-based monocultures. Supporters counter that there’s no proof of risk from GM foods, while there’s reams of nasty evidence on vitamin deficiency – the World Health Organization estimates up to 500,000 children go blind each year from lack of Vitamin A.

Along with the philosophical issues, the specifics of what actually happened to the rice plants in the Philippines are being hotly debated. Slate published a piece yesterday claiming that activists, not farmers, stormed the fields. (Its author, Mark Lynas, is himself an interesting figure, having renounced his former stance against GMOs.) Amy Harmon of the New York Times has also weighed in, noting it’s not just Golden Rice that holds possibility of better nutrition through genetics. The Bill and Melinda Gates Foundation is also testing modified crops in Africa.

But research on Golden Rice started over 30 years ago; this debate is far from new. Here is a look at how we got here:

1982: Researchers in Indonesia find that child mortality is reduced 30 percent by distributing Vitamin A supplements in poor villages. Funded by sizable grants from the Rockefeller Foundation, scientists start working on the creation of Vitamin A-fortified rice. Its golden hue will come from the addition of beta-carotene, the stuff that makes carrots and yams orange.

2000: After decades of research, two researchers successfully produce the first strain of Golden Rice using daffodil genes and bacteria. Time does a cover story, with the bold title “This Rice Could Save a Million Kids a Year.” Critics argue it’s veiled corporate PR, designed to make all GM foods seem more palatable to skeptics. Syngenta licenses the patent, trumpeting plans to distribute golden rice around the world.

2005: A new strain of Golden Rice is released by Syngenta, replacing the daffodil gene with maize. This “Golden Rice 2” produces up to 23 times more beta-carotene.

2009: A study is printed in the American Journal of Nutrition, claiming as little as one cup of Golden Rice could provide half the recommended daily allowance of Vitamin A. In response, 20 scientists pen an open letter, stating the clinical trials were flawed and unethical.

2013: The Philippine national government considers whether to allow Golden Rice, opting to wait on the results of five test locations. In early August, one of the field trials is destroyed by protestors. Scientists take the protest online, with a Change.org petition. The debate rages on.

Photo: Reuters, A worker transports packs of rice at a market in China, where a locally developed strain of genetically modified rice was approved in 2009