Could the World Love Pesticide-Free GMOs?

But what about GMO seeds that could radically reduce the use of pesticides, and help farmers in developing countries? Would that shift the perception of genetically modified organisms? These are the sorts of issues biochemistry and molecular biology PhD Diana Horvath thinks about a lot. In this month’s Science Magazine, Horvath co-authored an article titled […] 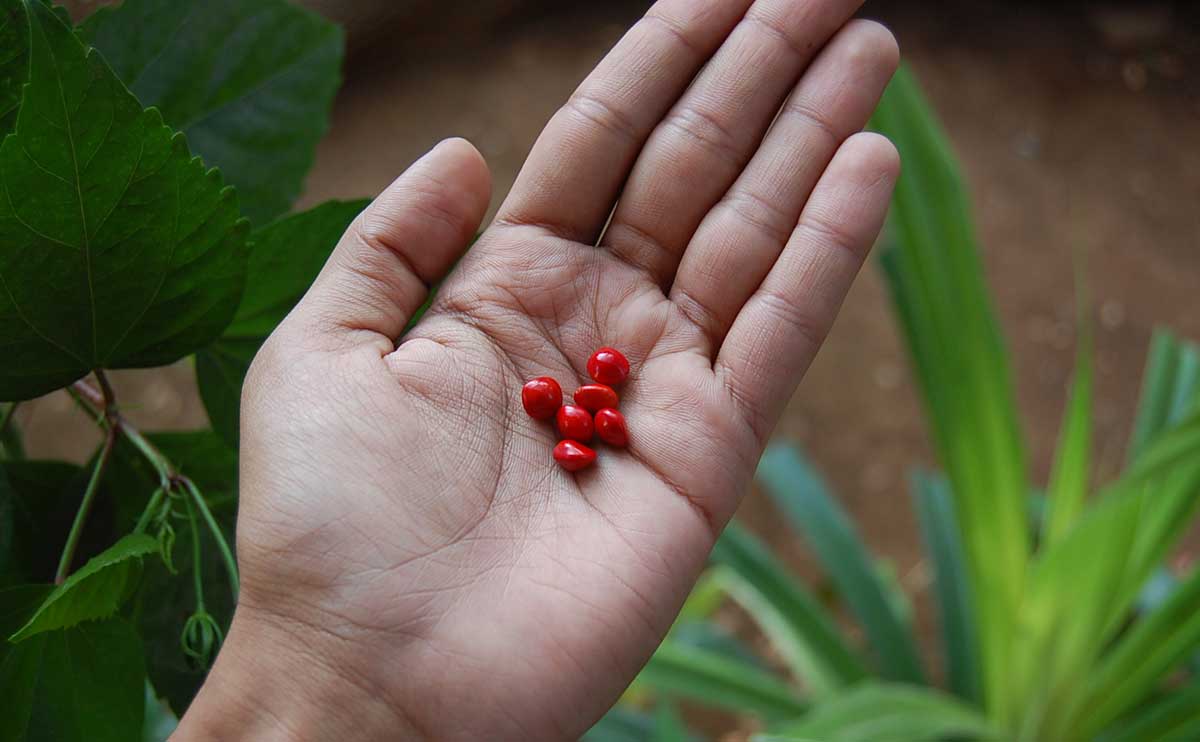 But what about GMO seeds that could radically reduce the use of pesticides, and help farmers in developing countries? Would that shift the perception of genetically modified organisms? These are the sorts of issues biochemistry and molecular biology PhD Diana Horvath thinks about a lot.

In this month’s Science Magazine, Horvath co-authored an article titled “Pivoting the Plant Immune System from Dissection to Deployment,” part of the magazine’s special pesticide section. The piece examines a side of GMOs that isn’t as well-known as RoundUp Ready soy: Plants that are engineered to fight disease on their own.

There have been some early accomplishments in engineering disease resistance in crops. When papayas grown in Hawaii in the mid-90s were threatened by ringspot virus, researchers engineered virus-resistant papaya, which is still growing and selling 15 years later. But these papayas were the last crop with engineered disease resistance to reach market. In addition to understanding the advancements in disease-resistant seed science, Horvath’s article tries to tackle why consumers have been resistant to such plants.

In addition to her research, Horvath is the director of Two Blades Foundation, a charitable organization that supports the development of durable disease resistance research and technology, particularly to benefit the developing world. Horvath thinks disease-resistant seeds could be key to helping developing countries farm more efficiently.

We spoke to Diana Horvath about this complicated issue.

Modern Farmer: One of the big knocks against GMOs are they have to be sprayed with higher doses of pesticides — often produced by the same company engineering the seed. But you’re talking about seeds that fight disease on their own?

Diana Horvath: Yes, the goal is to replace chemical controls — that is to say, pesticides — with genetic resistance.

MF: So are these disease-resistant seeds considered genetically modified?

DH: In a certain sense all modern agriculture is genetically modified. It’s all been through the process of selection and breeding, so none of it is natural. But I know that many people find that there is a distinction to be made between selectively breeding and using molecular biology techniques to make modifications. So I think the answer to your question is it’s both yes and no.

MF: Where do consumers’ fears about GMOs come from?

DH: One name that comes up a lot is Monsanto. I’d say are the lightning rod for all concerns about GMOs. They’re the company that’s put it out there the most and in a really aggressive way, I think. They’ve just had the idea that people don’t know what’s what, and their concerns are misguided, and they’ll figure it out.

They haven’t been really helpful overall for the food and agricultural industries because it’s alarmed people.

MF: What has your research shown you about the safety of GMOs?

DH: The way I like to approach a question like this is not to give my opinion, because I’m just one person, and obviously I’m a scientist and I’m more likely to think favorably of the technology because I’m familiar with it.

But I think it’s objective to point to the data that is out there. The most compelling point, I think, is the fact that so-called GMO crops that have been on the market and consumed and tested for many years. We are approaching 20 years now since the products became available. They have been remarkably effective, considering the amount of knowledge we’ve gained in those 20 years in terms of disease resistance at the molecular level. Some of the early attempts that we’ve made to engineer disease resistance have been really effective and safe.

People make claims that GMOs are unsafe or cause health problems, but I don’t know of a single valid result that shows that’s the case. As far as I know there’s no legitimate data showing so much as getting a headache from eating a GMO. If you’re a scientist, GMOs seem very sensible, because in principle you’re just extending the natural process beyond the boundaries of what happens when normal cross-fertilization takes place. Normally when you mix genes in plants you have pollen from one plant coming onto the stigma, the female part, of the other one, and you’re mixing genes all together. And in the case of the molecular biology approach you’re just mixing one gene at a time. It’s a minuscule change overall.

Which isn’t to say that sometimes it doesn’t work, or it doesn’t work out the way you think, or disrupts something unintended. Of course you have to check it and make sure it’s good. But in fact, transgenic crops are among the most well studied and researched foods out there, much more so than many foods that people normally eat. That’s not simply my opinion — that’s the data that is out there.

This interview has been edited for length and clarity.