Housed in a vast storehouse in Fort Collins, Colorado, the USDA has 700,000 straws of sperm, from 18 different species. They're ready for any disaster. 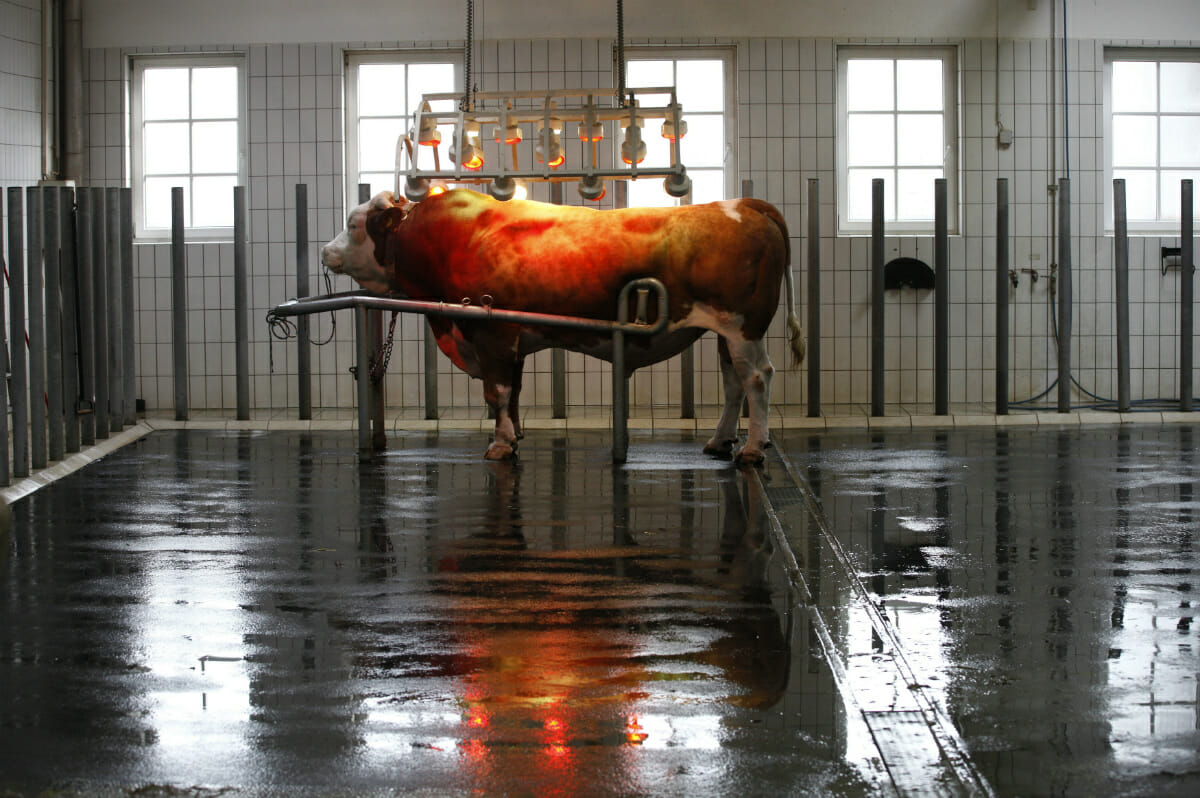 “Let’s say another foot-and-mouth disease comes along, killing off our cows,” says Dr. Harvey Blackburn, repository coordinator. “We have the ability to repopulate entire breeds.”

The National Animal Germplasm Program (NAGP) started in 1999. Its facility stores a huge mishmash of semen – rare and vintage samples, combined with the most common breeds on the market. Blackburn says the everyday strains are just as important as the heirloom semen, if not more so.

The everyday strains are just as important as the heirloom semen, if not more so.

The repository stores samples from sheep, turkeys, goats, bison, pigs, elk, chickens, fish and cows. Every straw has a story. There are 30,000 salmon milt samples, obtained from the Nez Perce tribe in Idaho. There’s rare sheep semen from Kazakhstan, near sheep’s center of domestication. There’s even a full backup of 20,000 exclusively bred cows on the Island of Jersey, progenitors for Jersey cattle all over the globe.

So where does it all come from? Universities, companies and private collectors often donate semen to the NAGP. Other samples are tracked down by Blackburn and his colleagues. One woman in Broken Bow, Nebraska, had a rare breed of cattle dating back to the 1940s. “We called this farmer, asking for semen from her bulls,” Blackburn says. “She picked up the phone and said, ‘I thought you’d never call.'”

By Congressional decree, the NAGP will never charge you for the use of their samples, whether you’re a scientist, breeder or farmer. The only catch: You have to show it’s something you couldn’t obtain elsewhere (i.e., a private company).

For instance, the owner of a herd of milking cows recently contacted the agency. The farmer was looking to inseminate his cows with an otherwise unavailable shorthorn breed from Utah. The NAGP provided the sample – it was over 50 years old. “It’s amazing, isn’t it,” laughs Blackburn.

Purdue University recently provided a glimpse, in miniature, of the vast collection’s utility. Purdue had built an exclusive breed of pig, then completely phased it out. Two years later, researchers realized that breed could be highly valuable for studying disease in humans. They approached the NAGP; the pigs were recreated from scratch.

The NAGP’s 700,000 samples may be the largest semen repository in the world (it’s uncertain if China’s collection is bigger.) Security is tight, and contingency plans have been made for tornadoes, earthquakes, and virtually any manner of earth-altering disaster. But what are those plans?

“I’d rather not discuss that,” Blackburn says, after a pause. “It’s taken care of.”