The Supermarket Where You Pick Your Own Produce

Meet The Farmery, an all-in-one greenhouse and local food mart that will offer urbanites the opportunity to harvest their favorite greens on the spot. 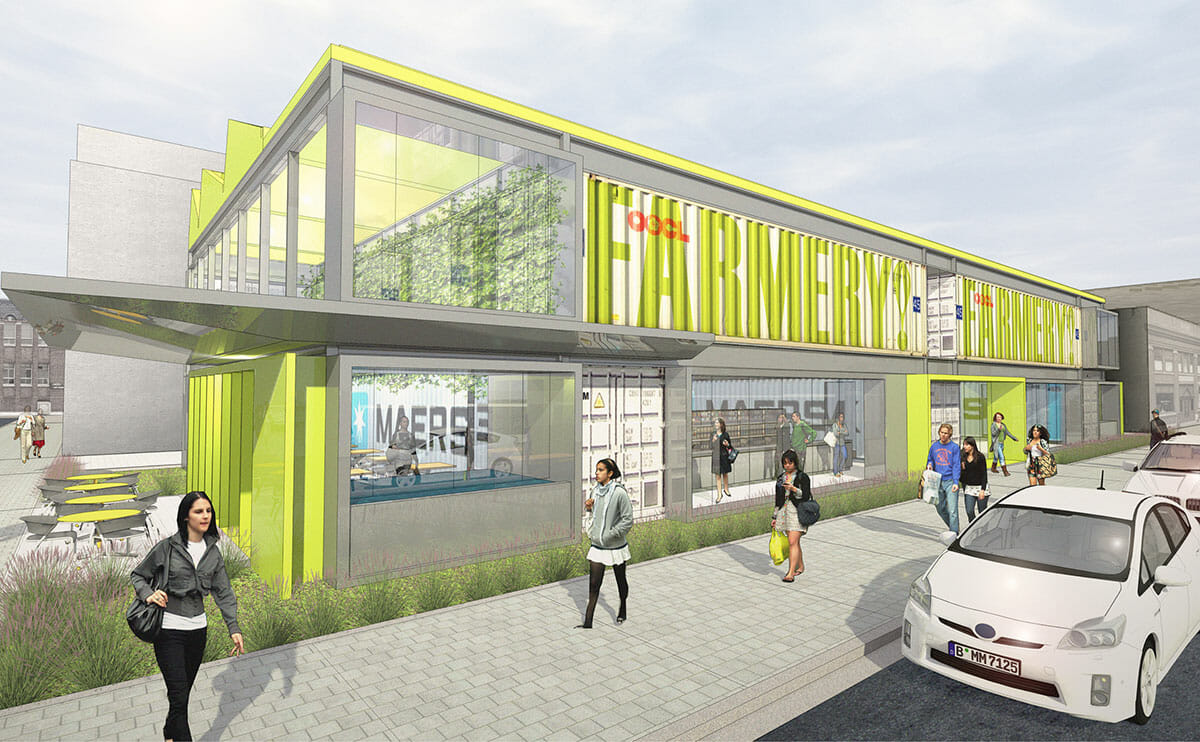 For people who get most of their produce from the harshly lit aisles of the grocery store, the fresh air of a farmers’ market can feel like a revelation. All of a sudden you’re face-to-face with the folks who grew those greens, chatting about the best ways to braise chard. As collective interest in food origins continues to steadily increase, getting one step closer to the source is a privilege (ripe for parody at times, but a privilege nonetheless). Ben Greene wants to tighten that gap even further with The Farmery, an all-in-one greenhouse and local food mart that will offer urbanites the opportunity to harvest their favorite greens on the spot.

The industrial designer grew up on a somewhat unsuccessful farm in North Carolina’s Polk County, which likely informed his desire to develop a business model that made small-scale cultivation profitable for both the cropper and the retailer. The realization of his vision has been a complex process five years in the making, assisted by plant propagation specialist Tyler Nethers and entrepreneur Jeff Curran. They began with a closer look at the steps involved in our modern food systems, which revealed specific places in the process that offered clear room to refine. “It was apparent that there wasn’t a whole lot of improvements that could be done at the farm,” he says. “But from there, the trip to the retailer was very inefficient. I decided to discard the parts of the journey that customers least care about — transportation and distributing.” 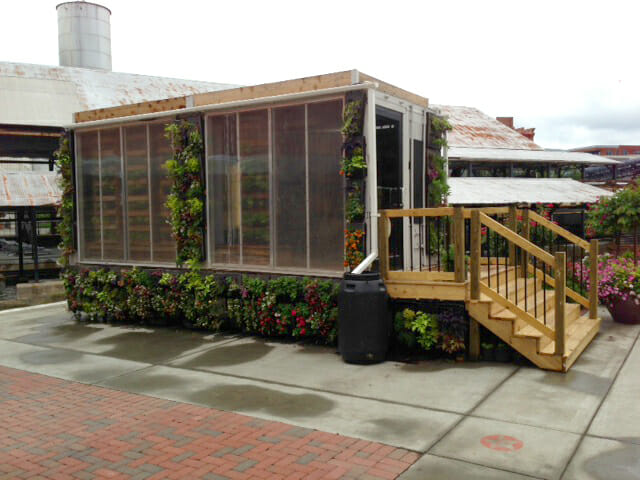 A mini-Farmery prototype in North Carolina.

At the Farmery, shipping, packing, and handling are eliminated in favor of right here, right now, IRL cultivation. In a series of stacked shipping containers, vertical growing panels and hydroponic tech and come together to form a fully immersive shopping experience. The various climate-controlled areas are equipped to support baby greens — a “high value crop,” Greene says — as well as lettuces, strawberries, dwarf chili peppers, and herbs, which customers can select themselves, along with custom shiitake, oyster, and seasonal mushroom containers. Fostering this intimate relationship with edibles will only serve to enhance the experience, while increasing understanding of how things grow. He anticipates half of the sales will come from this “u-pick” set-up, with the rest from local, artisanal goods stocked on-site — a nice way to craft a sense of community in the middle of a bustling metropolis.

‘The wonderful thing about agriculture is you don’t have to try very hard to make function look pretty.’

As far as creating the physical space itself, Greene is still refining the plans but he considers himself lucky with regards to his unique variety of merchandise. “The wonderful thing about agriculture is you don’t have to try very hard to make function look pretty. I just concentrate on making the growing system as efficient as the space will allow,” he says (though there will be ample opportunity to develop custom displays and graphics).

There are currently two in-progress prototypes in North Carolina, complete with sunflower-dappled living roofs. And now, after four months of finagling, Greene and his team were able to secure civic approval for a 20-foot mini-Famery in downtown Durham, right in front of the Burt’s Bees headquarters; a taste of things to come, no doubt.

how much would a project like this cost to start up in another city?