Getting Big Companies to Play Nice with Small Farmers

Hal Hamilton started the Sustainable Food Lab in 2004 as a way for food companies, non-profits and government agencies to work together with the purpose of mainstreaming sustainability in food and beverage. 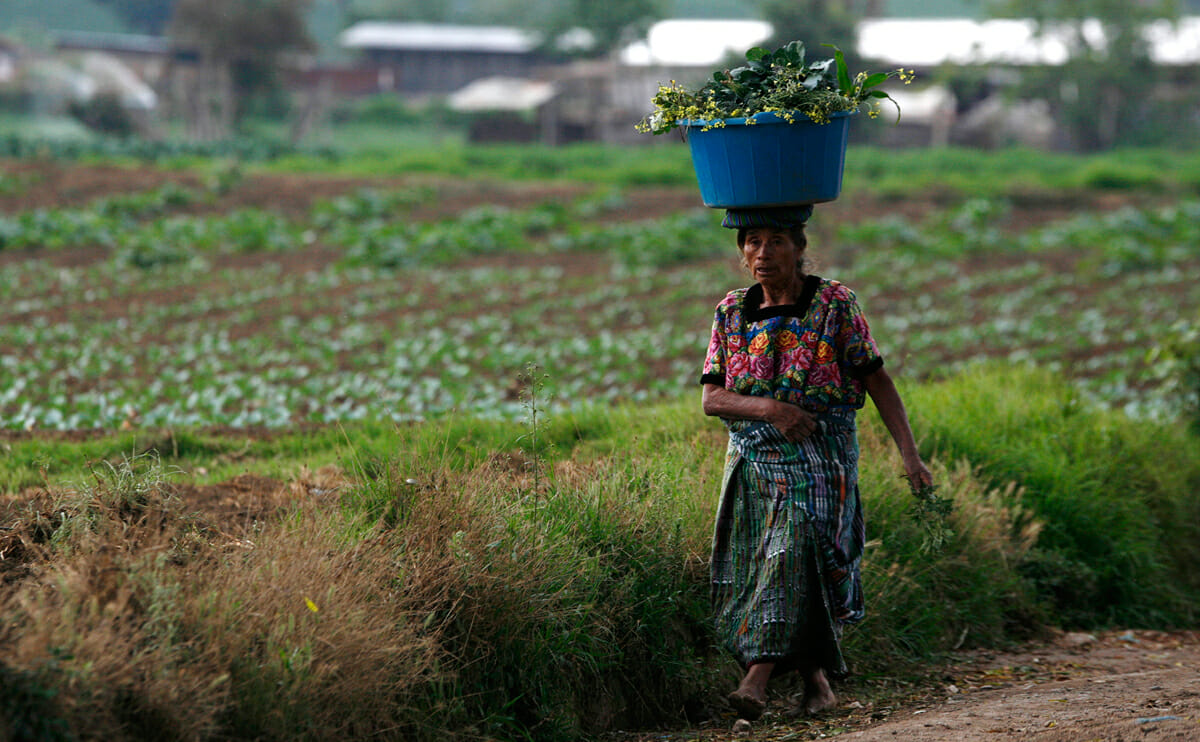 Hamilton started the Sustainable Food Lab in 2004 as a way for food companies, non-profits and government agencies to work together with the purpose of mainstreaming sustainability in food and beverage. Lab members include food companies you might expect, like Ben & Jerry’s and Stonyfield Farm, and some large operations that don’t wear their sustainability on their sleeves, like Cargill and Costsco. The Lab works with these members on specific ways to make their food chain more sustainable. The Lab also connects its members to small farmers who, for example, might be working with non-profits on improving productivity and the livelihoods of workers.

“Hal has helped the biggest corporations source products that are produced more sustainably, in a way more sensitive to the energy and water and livelihoods that are affected by its production,” wrote Mitchell Davis, Executive Vice President of the James Beard Foundation, in an email to Modern Farmer. “That is no small feat, and the inroads he has made helping corporations first realize the benefits of such sustainable production and then figure out how to make that production a reality are truly groundbreaking.”

We spoke to Hamiliton, who was previously a farmer himself, about the Sustainable Food Lab’s work.

Modern Farmer: How does the Sustainable Food Lab work with the needs of small farmers and the needs of large companies?

Hal Hamilton: Over the last several years one of the needs of the companies in the Food Lab has been to insure that the ingredients from developing countries are supplied in such a way that those supply chains also improve opportunities for some farmers in rural communities. It’s been about a balance in commercial viability of those supply chains and development benefits. Of course some companies are more mission-driven than others, so some of the companies that have Fair Trade Certified product lines, for example, automatically have a commitment to small holders. But other companies like Unilever, for example, 10 years ago they didn’t have much of a commitment to small farmers in their supply chain. But now they have a commitment to substantially improve the livelihood of half a billion small farmers.

In Good Company: The other 2013 James Beard Leadership Award Recipients

MF: Can you discuss a specific small farmer and large corporation success story?

MF: Some of your members, Hershey’s and Mars, for example, are competitors; how and why do they work together at the Sustainable Food Lab?

HH: Of course they don’t work together on everything. But there are some tools and approaches, for example, how to measure the impacts of farming practices on water quality or greenhouse gases emissions, that don’t give any competitive advantage, and they are cheaper and more efficient to do in a pre-competitive space than for everybody to do separately by themselves. So where there’s an opportunity to do something where everybody benefits and it saves money in the long run then we help carve out that pre-competitive space to develop tools and approaches.

MF: Finally, low-carbon agriculture is an important project for the Lab. Can you tell me about the Cool Farm Tool program and why it’s important for farmers to implement?