How Does Your Garden Grow? Easily, With a Nourishmat - Modern Farmer
Animals, Plants

How Does Your Garden Grow? Easily, With a Nourishmat

Two inventors hope they've created a garden so simple a child could grow it. 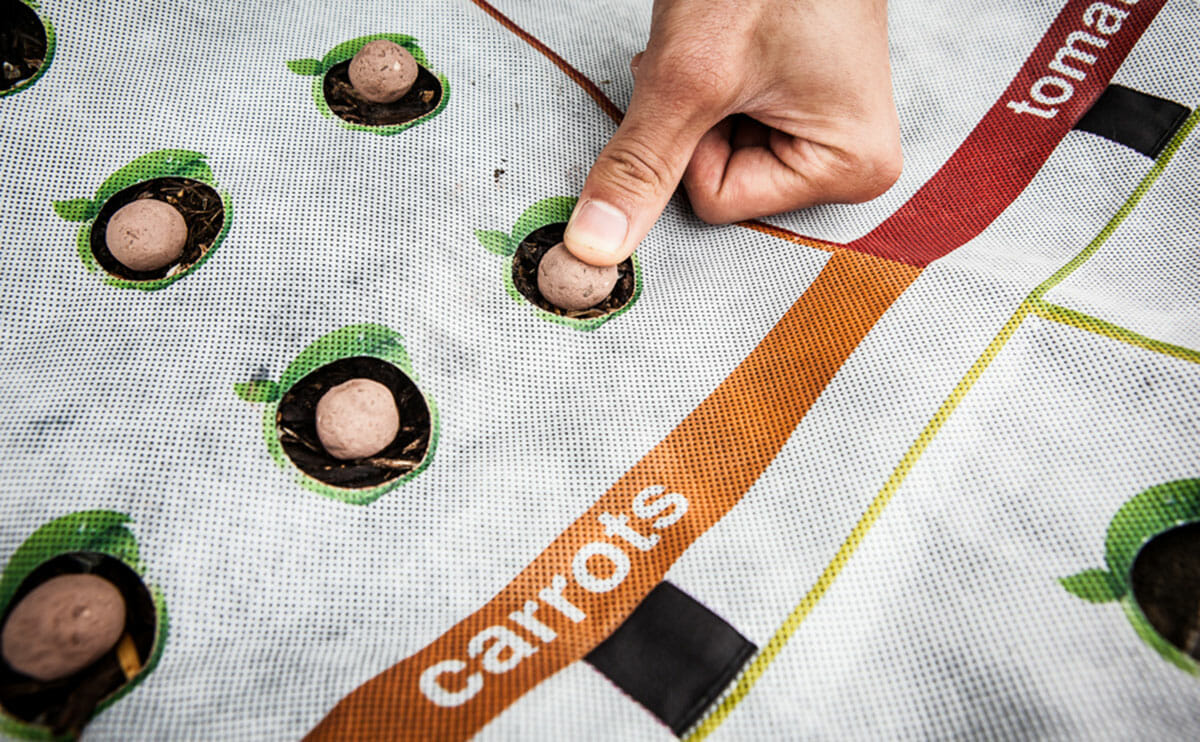 It was for these people that John-Randall Gorby and Philip Weiner created the Nourishmat, a reusable “all-in-one grow-out garden” featuring pre-cut holes, a seasonal planting guide, pre-planted seedballs and an optional built-in irrigation system. If you have a 4′ x 6′ patch of dirt, you can have a Nourishmat.

Gorby and Weiner claim it’s so easy to use that even a child can sow and harvest any of its 19 plant types, which is the point. And if their current Kickstarter campaign meets its $70,000 goal by July 31, Gorby and Weiner plan to use the funding to keep on manufacturing the Nourishmat here in the U.S. — currently, everything from the mat’s polypropylene fabric to its seedballs are constructed by a small team in both Maryland and North Carolina.

Gorby and Weiner are the president and CEO, respectively, of EarthStarter, the San Francisco-based company they founded in 2011 while still in college; its stated mission is “to turn Earth’s consumers into producers.” The pair became friends as undergraduates at the University of Maryland, where they started developing the concept of a user-friendly and educational gadget that would make it easier for people to grow their own food. Both Gorby and Weiner had observed how the findings from research done at university agricultural programs were given free of charge to big farmers; the question underlying the Nourishmat’s creation, Weiner says, was “how can we take all of these big ideas and pack them into one product and not overwhelm the user?” The most difficult part of designing the Nourishmat, he adds, “was taking very complicated concepts and technologies and creating something extremely simple.”

Gorby and Weiner, who both grew up gardening with their families, self-funded their company through three beta-testing stages, a year-long process that entailed testing versions of the Nourishmat – and its companion, the 2′ x 6′ Herbmat, in 13 states and across five USDA Hardiness Zones. The first Nourishmat prototype — “a rude, crude piece thrown together,” Weiner recalls — was built in May 2011; in November, Weiner put down the actual design of what would become the first Nourishmat. The initial results were good, but Weiner and Gorby wanted to get customer feedback to determine, Weiner says, “if it [was] a model that could be a business. Yeah, you can teach people to grow food, but is it something that would change consumer behavior?” 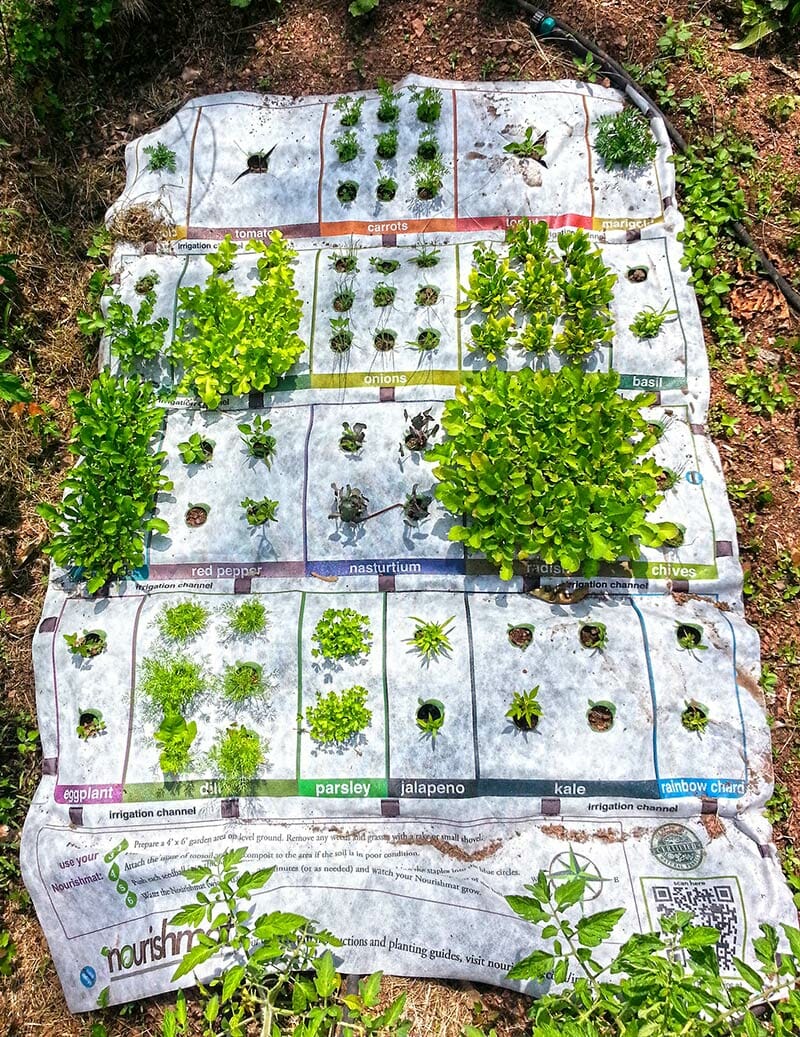 To answer that question, the Nourishmat was tested in 22 states by between 300 and 400 consumers; Gorby and Weiner got feedback from “two-year-olds to octogenarians to college kids who never thought they even wanted to grow a tomato,” says Weiner. This past April, the pair received a big boost when they took home the grand prize at the Cupid’s Cup, an annual national business competition that netted them $52,500 in award money that enabled them to underwrite their production costs.

For now, Weiner says, he and Gorby know they have a market that will support their company; they particularly want to “reach out to kids, new parents, and people in urban areas,” Weiner says. “We’re focused on helping city dwellers versus people in more rural urban areas that have knowledge passed down to them.” Some of the funds from their Kickstarter campaign will go towards donating Nourishmats to schools, and their campaign backers will also be able to donate them to the school of their choice. Gorby and Weiner are working with the San Francisco Unified School District to do donations and pilot testing in the fall; although working with the city bureaucracy has been slow going, “the Mayor’s Office has been supportive,” Weiner reports.

Although the only way to get a Nourishmat right now is through the Kickstarter campaign, the company will begin selling them through its website in August; prices will range from $39 for a Herbmat without an irrigation system to $79 for a Nourishmat with irrigation built-in. The cost includes 82 seedballs, which consist of non-GMO seeds encased in a mixture of clay, compost, earthworm casings — which act as natural fertilizer — and chili powder to ward off pests. By next spring, Gorby and Weiner are hoping to add some technical updates to their invention, which was designed using principles of companion planting and square-foot gardening: they’re planning to integrate a sensor into the mat that will do things like measure soil temperature, warn you it’s getting cold out and tell you when it’s time to order more seedballs.

For now, the pair are concentrating on finishing their Kickstarter campaign. “We’re not professional fundraisers, we’re focused on solving problems,” says Weiner. “We have to grow the old-fashioned way.”