Why Rising Beef Prices Are No Bull for the Leather Industry

Between drought and a decrease in per capita beef consumption, the past few years have been challenging ones for cattle farmers. It's also translated into higher costs for the leather industry. 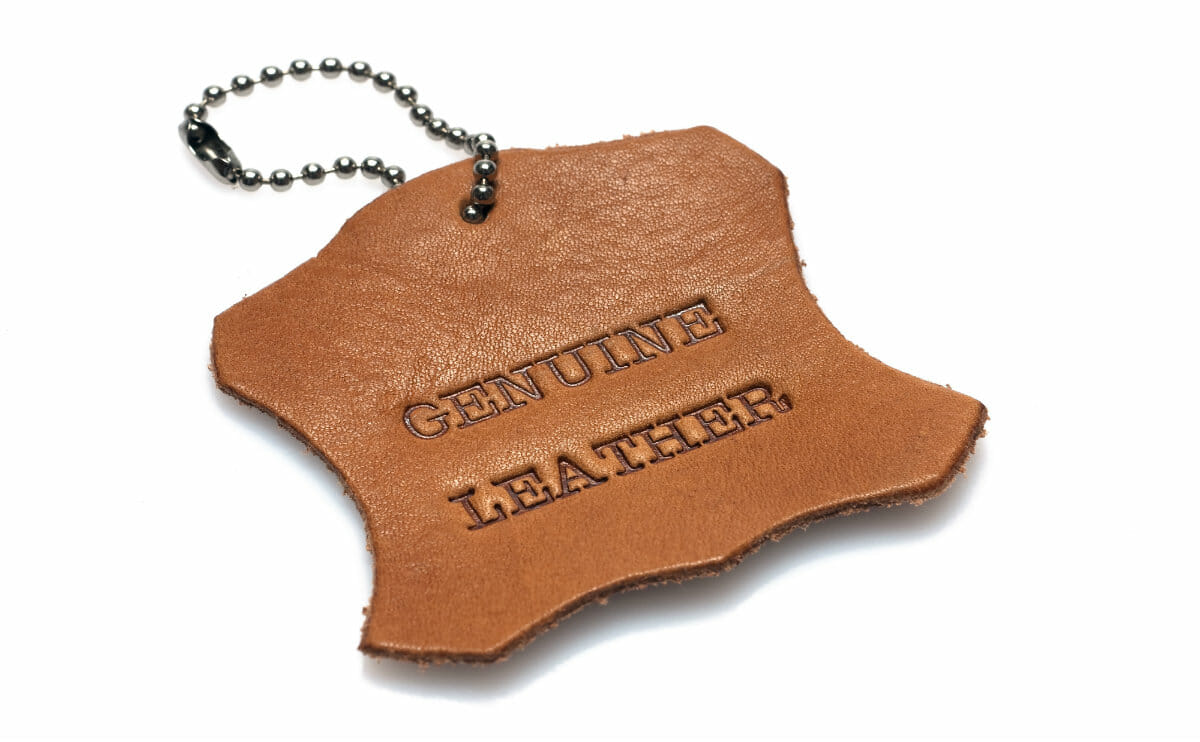 Between drought and a decrease in per capita beef consumption, the past few years have been challenging ones for cattle farmers. But the concomitant rise in beef prices hasn’t just been felt by the consumer: it’s also translated into higher costs for the leather industry. As the owner and president, respectively, of Auburn Leathercrafters, Alan and Anita Dungey think about the cost of beef every day.

Their Auburn, NY-based company, which is primarily known for its lines of well-crafted dog collars, leashes, harnesses and toys, has been feeling the effects not only of rising cattle prices, but also increased competition for hides from companies in China and India. We spoke with them about what this means for their company, which was founded by Alan’s grandfather in 1950.

Modern Farmer: How have rising beef prices affected what you do?

Anita: My husband has a lot of experience and history in the industry, but I can tell you absolutely that beef prices and leather prices go hand in hand. The drought last year drove prices up. We knew it was coming and it didn’t immediately affect us, but shortly after the first of year we started getting phone calls and letters from our hide suppliers saying, ‘Yeah, we need to increase our prices.’ Most of them were five to eight percent; a couple were eight to 12 percent increases, which is huge when what you use [in your products] is leather and a little piece of hardware.

Alan: So beef prices in general, the higher the price of beef, the lower the consumption, and thus the farmer tends to have smaller herds, which means less availability of good hides, which means you have fewer to choose from, and everything tumbles down hill. Every time the economy tends to get a little tight, beef prices will go up, and in recent years there are other things that have caused shrinkage of herd size, anything from the drought to the increase in feed costs. And a few years ago, there was a situation with diseases, especially in Europe with mad cow disease, that caused a lot of cattle to be put down. For a very short period of time [that] brought the prices down because there were a lot of hides available, but that lasted six weeks and then prices spiked and almost immediately there was a new shortage.

So all of those things affect cost. But today’s situation is we’re following a drought in the Midwest from last summer, which has an effect on supply. We have beef prices that are high. We have international markets in China and India where the middle class is making headway and buying up products. Demand is way up, but the supply side is down. So that has a big effect on the cost of leather, and an effect on the quality of leather because there’s less to choose from.

Anita: We manufacture a product where we can’t compromise on the quality of the leather because it would affect the integrity of our product, and that’s not something we’re going to do. The risk is too great if you have a collar or a leash that fails. We could certainly accept a lesser-quality hide because that’s what’s more widely available now that the global markets are taking off with China and India competing for more hides. There are fewer A-grade hides for all of us to choose from, so it’s been kind of a perfect storm. It’s nothing that we haven’t been through individually before, but it just seems that it’s on a much broader scale.

We were just talking about the breadth of the effect, whether it’s been in tanneries here in the U.S. [or elsewhere]. We use a multitude of different sources depending on what tannage we’re looking for. But whether it’s hides that are tanned in the U.S. or Mexico, or it’s the Italian leather that we use for our Tuscany line, it’s a global problem in that everyone is seeing their prices increase because we’re a global economy and beef consumption is down on top of that.

Right now, we’re spending a lot more time going through the hides we receive. The last few deliveries of leather we’ve received, we’ve had to reject between 30 to 50 percent because either the tannery isn’t sorting it to our needs or the increased competition is a big factor. For example, when we cut a leash we have to cut it from the back of the hide because you need one long, continuous piece. If there are scars, butcher marks, or anything that would weaken the leather, we can’t accept it. I don’t know why, but it seems there has been an increase in scarring as well. Maybe we’ve been fortunate enough in the past that the people shipping us the hides have had more to choose from. Now, maybe they’re shipping it out as fast as they can to China or India or wherever and taking less care in sorting. I just don’t know, and we haven’t really had good answers.

MF: Who do you get your hides from – have all of your sources been having the same issue?

Alan: We’re hearing the same story from every one of our suppliers, and we buy leather from the U.S. and Mexico, and some from Brazil and Europe. Everywhere you turn, they’re all dealing with the same situation because leather is a commodity, whether it be here in the States or anywhere else in the world.

Anita: I’ve noticed it shopping for leather suppliers. It takes us more time to find the good hides, whether it’s sorting through them or finding a new source that might have better hides.

Alan: With our black bridal leather, we’ve had to reject a large percentage of each of the last three shipments from the same supplier. We are right now in a situation where my local distributor has sent me all he has, and it’s going to be four to five weeks before he gets more. So I’m having to go to another source to fill in.

MF: Do hides from different countries have different characteristics?

Alan: The quality of the leather and the hides reflects the way the animals are raised. Generally, animals that are raised in the far northern areas of the U.S. and Canada are raised better and fed better, and more free range. That means a better quality hide.

Alan: There’s more insect damage and more scarring from barbed wire fences. And the tanning process in Brazil and Argentina aren’t quite as refined, so the quality of the tannage isn’t as good.

Anita: So when we’ve used [those hides] it’s for projects outside of our line of collars.

Alan: It goes more into cases and pouches and holsters for tools, and various kinds of scrap goods and parts for furniture and antique restoration.

MF: So how has this affected your product output?

Anita: What I’m hearing from our production is we’ve been fortunate so far, but it feels like we’re walking a thin line.

Alan: We’re having to allocate supply to our demand. Before, we’d cut enough finished product to fill demand and current need, and then have an extra supply. Today what we’re doing is meeting today’s needs and maybe just a little bit extra. It’s one of those things that I’m hoping we’ll have corrected in the next couple of weeks, but it’s hard to know.We produce a product that needs to be consistent from one production lot to another — the color, the temper, the feel of that finished product. Customers expect a certain quality and we can’t jump from one supplier to another and back and forth all the time because you lost that consistency. So it’s important for us to make it work with a particular supplier, and work with them for as long as we can. In this situation, we’re approaching a point where we have to look elsewhere. But we’ll hopefully work through it and look back and say we got through it and move ahead.

I am interested in Hill Rice production and especially the methods used to mow/harvest this grain.