Did Jennie Manning Feed Her Husband To the Hogs? - Modern Farmer
Lifestyle

Did Jennie Manning Feed Her Husband To the Hogs?

Jennie's husband was not a nice man. 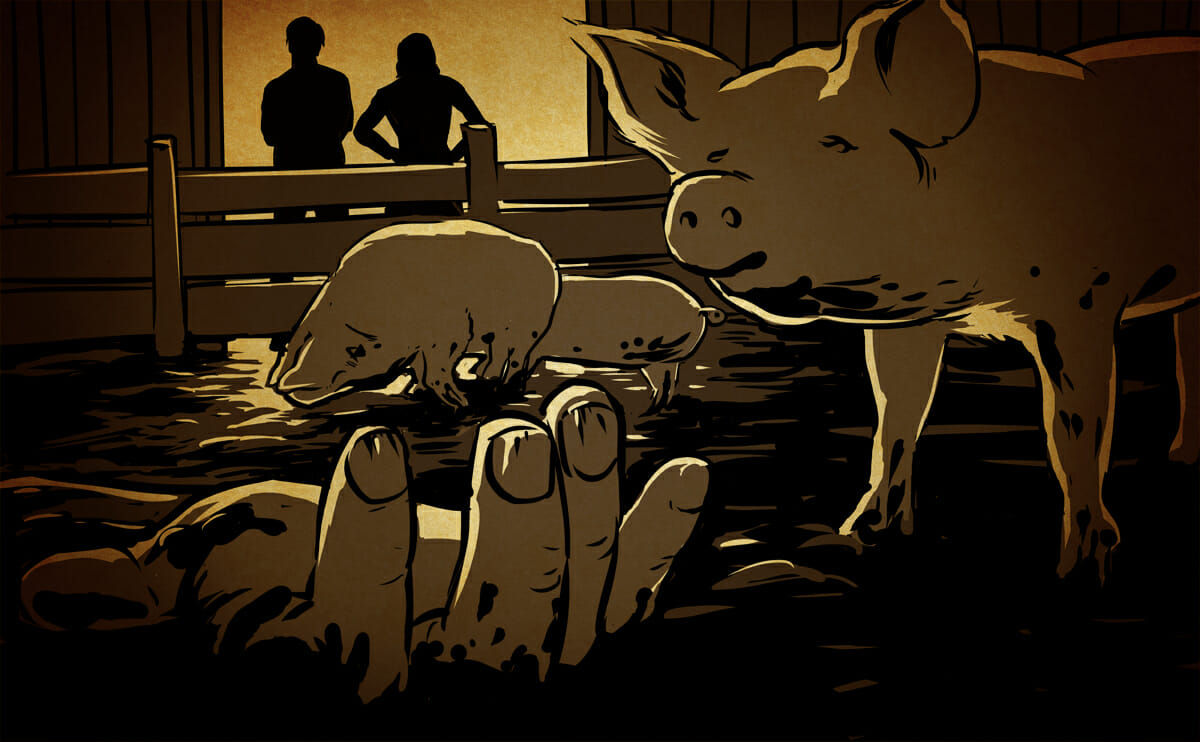 We were recently approached by Mandy Parker, an Indiana grad student who’s spending her summer selling sweet corn. Parker has a story, family lore, that’s been passed down for well over a century. She says the story could be “total bullshit,” but for her family, it’s the truth as they know it:

When I was little, I didn’t quite know what this story was about. I would hear whispers, dates and names, but they were just disconnected pieces of the story. The whole picture didn’t come together until I was older. 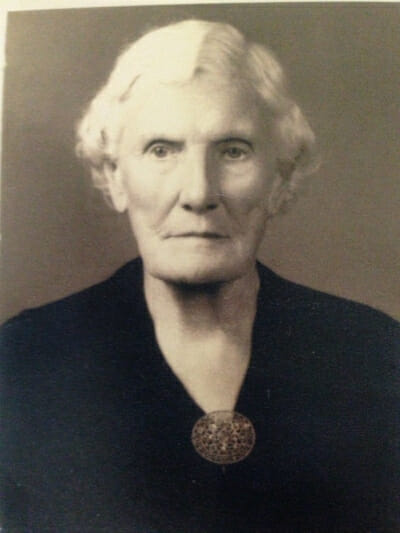 Jennie Manning was my great-great grandmother. At the end of the Civil War, when she reached marrying age, there were few good men to choose from. Jennie married a man 15 years her senior, stooped with rheumatism. Marshall L. Fulk was his name. He was not a nice man.

Did he beat her? Break her arm? Was he cruel? Certainly the marriage was unhappy, but it’s hard to say how bad Marshall really was. Could be we say he was mean, just to excuse what happened to him.

Marshall was a farmer, hogs and grain crops. It wasn’t a huge farm, but he usually kept a hired hand or two. Alva Swander was one of these hands. Alva was a smart man, good with numbers, a decent carpenter. When he got injured by an angry hog, everything would change.

Alva was laid up for months, in a back room off the kitchen. Jennie was glad to have the company. All winter long, while Marshall was out working the farm, she got to know Alva real well. He built her a new set of cupboards, showed her a kindness she wasn’t used to.

Alva worked on a side project that winter, drafting up plans for a new hog lot. He created a complicated feeding system with sorting chutes. As the story goes, there were dark intentions behind his plans.

That spring, Alva got back on his feet. He was helping Marshall bring the hogs into the new feedlot. Some neighbor boys were out in the fields, corralling the hogs towards the lot. Alva worked the chutes. Marshall was in between the boys and Alva.

Jennie brought a thermos of coffee out to her husband. As she was leaving, she tossed a fistful of dried molasses into the mud.

The hogs went crazy, barking and snarling and fighting to get at the food.

The hogs went crazy, barking and snarling and fighting to get at the food. Marshall got right into the mix. It was muddy and slick, and those 300-lb. pigs were all worked up. He didn’t really stand a chance. While his wife looked on, Marshall was trampled, gored, partially eaten. It was brutal.

There’s a brief mention of the incident in the Ft. Wayne Gazette in 1895. The coroner came out to the property and performed a brief investigation. Nothing was concluded.

After Marshall’s funeral, things moved pretty fast. Jennie and Alva sold off the hogs; three weeks later, they were married. And a month after their marriage, Jennie gave birth.

Yes, Alva and Jennie are my great-great-grandparents. Their story got passed down through the generations like a game of telephone. There’s kind of a dark glee when we tell it. It’s something close to pride.

It’s funny, though. I always assumed that every family has some skeleton like this. But when I tell this story to my friends and neighbors, they’re all like, “Whoa. Nothing like that ever happened in my family.”

Are we so weird? I don’t know. On the other side of my family tree, my grandfather’s first wife hung herself on their wedding night. I guess that’s not exactly normal.

Related
Lifestyle
These Farmers and Ranchers Turn Trash Into TreasureBridget Shirvell
Cookbooks, Food & Drink
10 New Cookbooks We’ve Been Cooking From This SpringShelby Vittek
Food & Drink, Technology
How High-Pressure Processing Is Helping Remote Farmers Bring Fresher Foods to MarketNaoki Nitta
Plants
They’ve Come a Long Way, But Gene Banks Still Lack Protections for...Shea Swenson
wpDiscuz
We use cookies on our website to give you the most relevant experience by remembering your preferences and repeat visits. By clicking “Accept”, you consent to the use of ALL the cookies.
Cookie settings ACCEPT
Privacy & Cookies Policy