Dear Modern Farmer: Will My Chicken Coop Be Legal?

Dear Modern Farmer, I’m ready to take the plunge and buy some chickens. But how do I know if it’s legal to put a chicken coop in my back yard? Do I need a permit? Does it matter if it is a moveable or a stationary coop? What if my neighbors don’t like it or […] 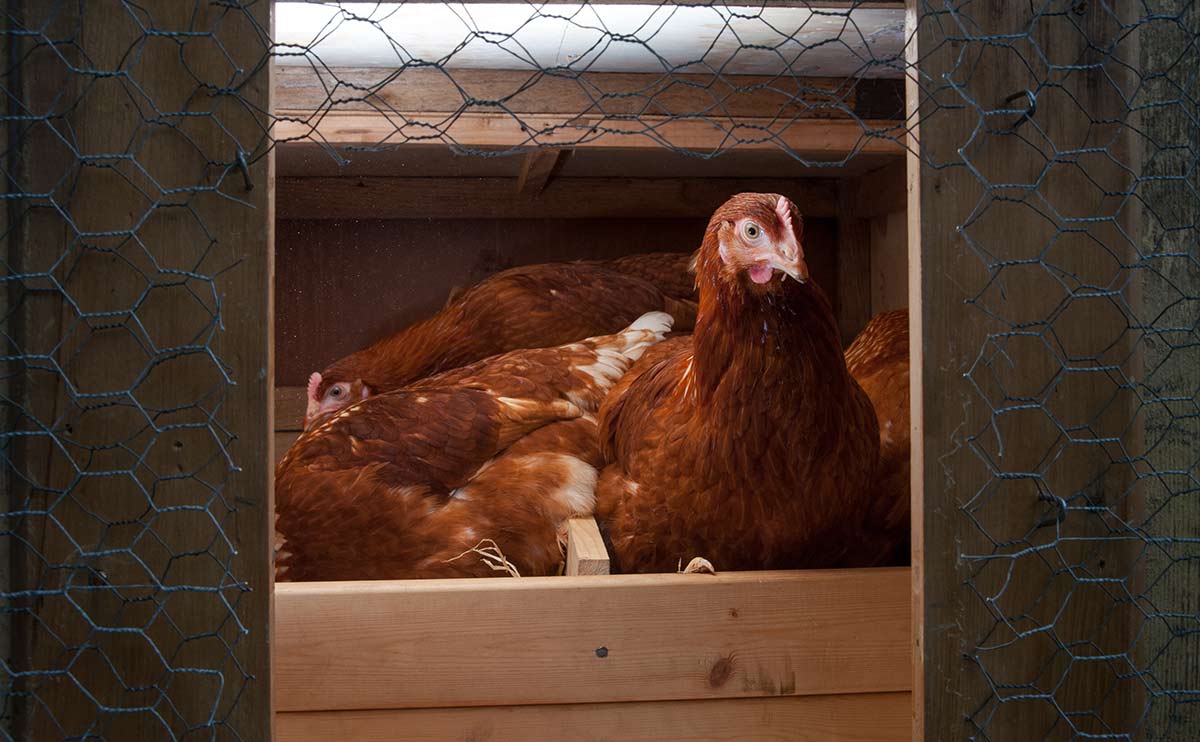 I’m ready to take the plunge and buy some chickens. But how do I know if it’s legal to put a chicken coop in my back yard? Do I need a permit? Does it matter if it is a moveable or a stationary coop? What if my neighbors don’t like it or think that the chickens are loud? I just want to make sure my ladies are legal.

I assume you mean a coop that will shelter and house a small number of birds in a typical urban or suburban residential backyard. I assume you’re not planning some larger coop needed for extensive egg production, like this controversial one (also reported here) proposed in Dunbarton, New Hampshire that would house 20,000 birds in a massive 27,000 square foot coop. Not that my answer would necessarily be different . . . I just can’t resist sharing a bit of feather ruffling land-use controversy.

As long as chickens are allowed in your zoning district (and not barred by any homeowners association rules), then you are likely able to have some sort of shelter or coop in your backyard. Though as I’ve stated in my previous Q&A’s, you must always check the official zoning code and general city ordinance/town bylaws to be absolutely sure it’s an allowed use, especially when it comes to poultry. Sometimes these two sources of regulation can contradict each other, making it even more confusing for landowners. Just look at what happened last year in Jasper, Alabama.

Not surprisingly, the regulation of chicken coops varies among communities. Generally speaking, rural zoning districts and farming communities are more forgiving and usually allow for raising poultry. In urban and suburban residential and commercial zoning districts, the zoning codes are often less permissive, though there has been an increase in communities that are making progressive amendments to permit backyard birds and/or loosen rules about coop construction. For example, in Montgomery County, Maryland, it was recently reported that, if passed, a proposed zoning code revision will reduce the coop to lot line setback from 25 feet to 15 feet, making it easier for owners of smaller sized lots to comply with the law. There’s been a similar push for backyard coops in places like Portsmouth, New Hampshire, Howard County, Maryland (they’re even organized on Facebook!), and some suburban communities outside of St. Paul and Minneapolis.

Some zoning codes are quite specific in how and where chicken coops must be built. Some typical design standards include:

”¢ minimum lot size required for a coop;
”¢ minimum/maximum coop size (or a formula to ensure minimum square footage per bird);
”¢ maximum number of birds that can be housed;
”¢ setbacks to property lines, residential structures (including abutters) and/or drinking water sources (i.e. wells); and
”¢ types of permissible enclosures/runs, ventilation requirements, and/or predator mitigation.

Some zoning codes expressly state whether a building permit, zoning permit, site plan approval and/or some other authorization must first be obtained. In some towns, the building permit requirement is only triggered by a certain size coop. Coops larger than 100-120 square feet seemed to be the bright line among the several zoning codes I reviewed. In West Bradford Township, Pennsylvania, the town requires a zoning permit for coops less than 500 square feet, but a building permit for coops 500 square feet or larger; it is a distinction that is important to know. Yet in Durham, North Carolina, a “chicken coop” is defined as an accessory structure, which, by definition, automatically requires a building permit no matter what the size (a “chicken pen” is defined separately under the Durham ordinance). This is why it is essential to review the zoning code and other related ordinances.

Fortunately, many communities publish this information online. In Pittsburgh, for example, the city has an informative two-page handout that makes it easy for constituents by to figure out what’s required before adding birds to their backyard. The information sheet from Hernando County, Florida is even more exhaustive.

No one says that you have to use one of these upscale Williams-Sonoma coop beauties, but use a little discretion when choosing the spot and design of your coop.

Even if the zoning code in your community is not very specific about the design and siting of chicken coops (assuming they are allowed), it is always good animal husbandry to follow the well-established best practices for your region (assuming they don’t run a-fowl of the law!). It is equally important to maintain good neighborly relations and minimize the disruption to your neighbors’ views and enjoyment of their property. No one says that you have to use one of these upscale Williams-Sonoma coop beauties, but use a little discretion when choosing the spot and design of your coop. These are often the best measures to avoid trouble with municipal authorities in the first place.

The bottom line is, if you violate the existing regulations, intentionally or otherwise, you may be subject to a fine or, worse yet, an order to remove your coop, leaving your lovely ladies homeless. This means that if you build too large of a coop or one that’s too close to your neighbor’s lot line, you might receive a visit from inspectional services or the zoning enforcement officer. As to noise, most sources I checked seemed to indicate that chicken chatter, as it were, is around the same noise level as normal human conversation (excepting roosters, of course, and the occasional louder squawk of an alarmed chicken), and thus probably not noticeable enough to generate any kind of neighborly ire. Incidentally, an overwhelming number of chicken-friendly zoning codes prohibit the noisy roosters, thereby diminishing the likelihood of a noise complaint. Indeed, most viable neighbor complaints actually seem to stem from nuisance issues like odor and uncontrolled pests and predators that are interested in the chickens and/or their feed.

But sometimes, no matter what you do, people will complain. In Providence, Rhode Island, some folks complained about the coop that an urban gardening and feed supply store wanted to build on a vacant lot. And if chicken challenges can happen even in progressive places like Park Slope, then you can bet it can happen anywhere. So check the regulations before you build your coop so that you can rule the roost on the right side of the law.