All Hands on a Horse Body

Jan Barley is a Reiki practitioner; when she touches your horse, she gets results. 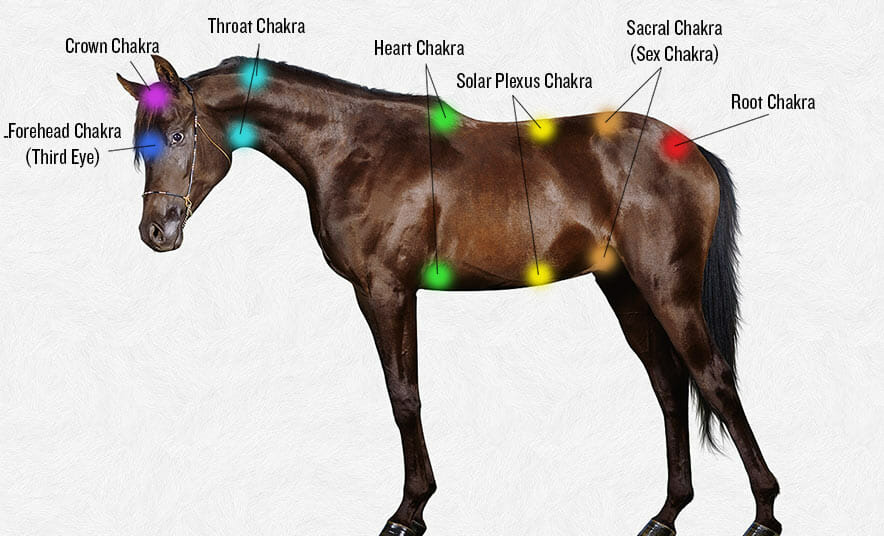 The eyes close. Muscles start twitching under the skin. Hooves twitch. There’s some involuntary chewing motions. Sometimes the horse’s head will flop right onto the floor.

“Horses get so relaxed during treatment, very much at peace,” says Barley. “Sometimes the owner can be quite alarmed!”

A Horse Can Give You Reiki, Too

Reiki is a spiritual practice, developed in Japan in the early 20th Century. Practitioners place their palms on the body – typically a human body – to transfer healing energy.

After suffering a personal breakdown in 1998, Barley studied Reiki. She’d been working as a traveling sales rep in the UK; the stress got to her. She initially pursued Reiki as a self-healing measure, then got a curious notion.

Barley had owned horses for decades – could Reiki’s healing powers be applied to her four-legged pals? Unlike human Reiki practice, there was no precedent. Barley had to intuit where to put her hands.

“I’m a natural healer, people always tell me that,” says Barley. “I just know where to touch.”

Horse and human Reiki share many core practices. The body is divided into sections, or chakras, each with its own influence on mental, physical or spiritual well-being. Palms are placed directly on the body, or sometimes just in close proximity.

In 1998, Reiki was perceived by many Westerners as niche and New Age-y; Barley said it took awhile to gain credibility. Katja Auer of California’s Equine Wellness Group, another practitioner of horse Reiki, said she still battles skeptics today. “People call it voodoo for horses,” she says.

Auer’s favorite way to convince doubting horse owners is to give them a quick session on their own bodies. She won’t actually touch them, holding her palms as far as three inches away. “They feel the warmth I’m sending out, like they’re actually being touched,” she says. “It’s a persuasive argument.” 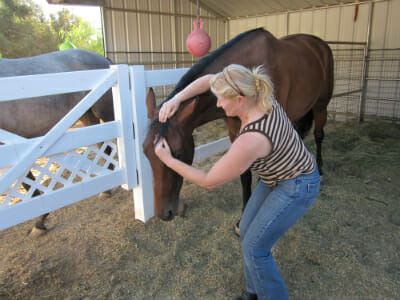 Auer, Barley, and all their colleagues — a quick Google search turns up dozens of horse Reiki practitioners around the world — claim many potential healing benefits. Laminitis, lameness, general aches and pains, aging, and behavioral problems could all be aided by a little Reiki.

Barley gives particular emphasis to Reiki’s non-physical gains. She sees it as a gateway into a horse’s psyche; all her sessions start by “asking” the horse’s permission.

“I don’t just go storming in. I ask the horse for an invitation to do Reiki, with my mind,” she says.

After the horse accepts, Barley tries to intuit problem areas. She says bucking and other behavioral issues often stem from poor owner-horse communication. Auer agrees, saying Reiki enables her to learn which personality category a horse falls in. She uses that information to bridge communication gaps.

“Some personalities just don’t click,” she says. “An introvert horse will have a hard time with extroverted owners.”

Great article on equine reiki – I had both my horses have regular reiki with a guy called Jason Wickens and the results spoke for themselves, they were much better behaved, relaxed and contented. Although it just seems like the horses are relaxing during the sessions, it’s clear that something else is happening – some kind of energy transference. It’s quite funny to see how chilled out they are for sometimes days afterwards! His site is http://www.talkingtoanimals.co.uk if you wanted to check him out.