Will the Senate Help Fund Food Stamps at Farmers Markets?

Double Up Food Bucks is a pilot program in Michigan that effectively doubles the spending power for low-income families using Supplemental Nutrition Assistance Program (SNAP) dollars at farmers markets. One dollar in food stamps becomes two at the farmers markets. So far the program (and others like it) have seen success, but they’ve been funded […] 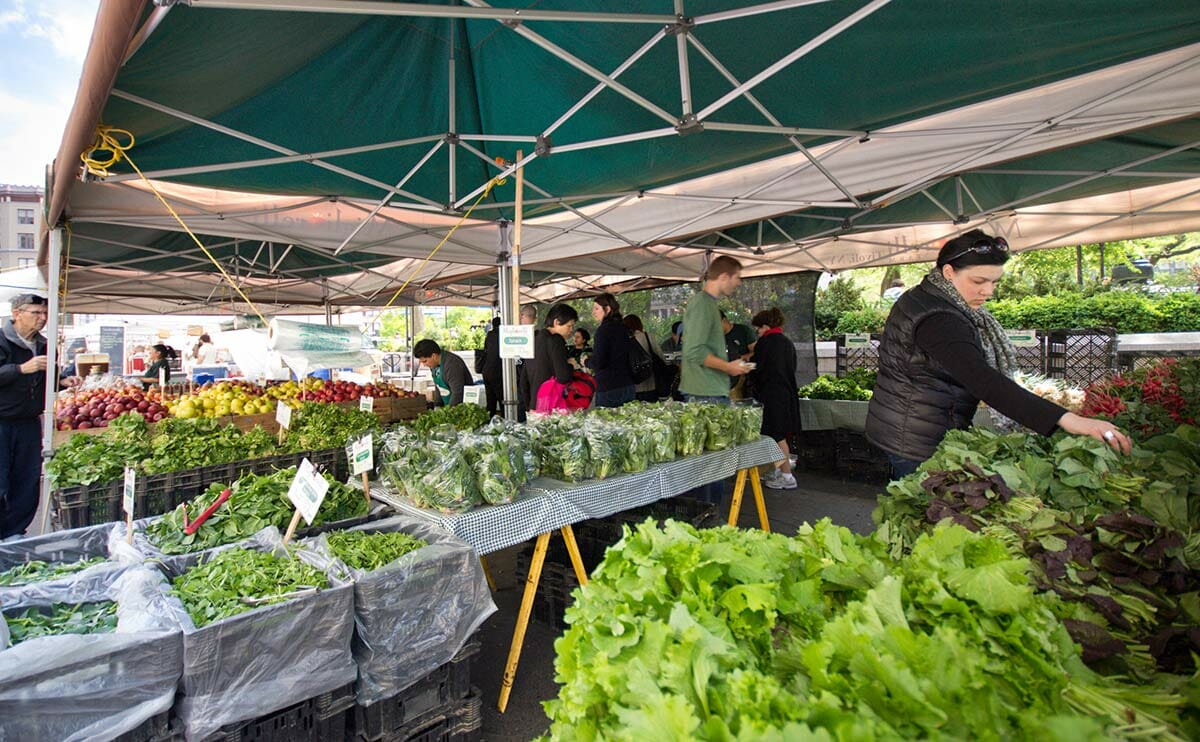 Double Up Food Bucks is a pilot program in Michigan that effectively doubles the spending power for low-income families using Supplemental Nutrition Assistance Program (SNAP) dollars at farmers markets. One dollar in food stamps becomes two at the farmers markets. So far the program (and others like it) have seen success, but they’ve been funded primarily through charity dollars. A provision in the Senate farm bill (reportedly being voted on tonight) would provide federal matching funds to help expand the program even further. We talked with Dr. Oran Hesterman, president and chief executive officer of Fair Food Network, the organization behind Double Up Food Bucks, about what’s at stake.

Modern Farmer: What does the Double Food Bucks program do?

Dr. Oran Hesterman: It’s a program that encourages low-income SNAP dollars to be spent on fresh fruits and vegetables. The way it works is, right now at about 100 farmers markets and farm stands throughout the state of Michigan anybody who comes with their food stamp card or EBT card can double their money. So if they spend $20 dollars of their SNAP money from their EBT card, they get an additional $20 worth of Double Up Food Bucks tokens that can be spent on any Michigan-grown fruits or vegetables.

MF: What type of uptake have you seen in the program?

OH: Tremendous. Really tremendous. We’re seeing growth of EBT sales at farmers in the multiple of hundreds of percentages. Ninety thousand customers have used the program in 2012 around the state. It has propelled Michigan to be the leading state of EBT sales at farmers markets in the Midwest by a factor of almost ten times higher than the next-highest state. The uptake has been absolutely tremendous.

MF: Have you been able to talk to families who use the Double Up Food Bucks program?

OH: Absolutely. We talk to customers all the time, both formally in our evaluations and anecdotally. I’ll put it this way: 80 percent of all the customers who are using the Double Up Food Bucks program tell us they’re eating more fruits and vegetables because of the program.

‘Three-fourths of the farmers tell us that they’re making more money at the market because of the program.’

MF: How do the vendors at the farmers market view the program?

MF: There’s a provision about the program in the Senate farm bill. What’re you hoping to see happen? What’s the plan to take this out of Michigan?

OH: Up until now, Double Up Food Bucks and other incentive programs have been funded almost exclusively with philanthropic dollars, and we believe that we have demonstrated the feasibility and effectiveness of this kind of incentive approach to encourage low-income families to spend their food assistance dollars on fresh foods and vegetables, while at the same time putting those very same dollars into the pockets of local farmers and the local food economy. We believe it’s now time to put together a more robust public-private partnership, where we start to bring some federal dollars to match the philanthropic dollars. And that’s exactly what the provision in the Senate farm bill does. It’s our hope and intention that with the increased support from both philanthropic and public sectors that we’re going to able to see an expansion of Double Up Food Bucks-type approach nationwide, to farmers markets, farm stands and hopefully — at some point — grocery stores across the country.

It’s a proven, effective solution to so many of the issues, whether the issue is spiraling rates of diet-related illness, or lack of access to fresh fruits and vegetables in low-income communities, or the need to support more small- and mid-scale sustainable farming and our local food economy. This is a way to address all of those issues at the same time. And it works.

MF: What’s surprised you as you’ve watched this pilot program?

OH: What’s surprised me the most is bi-partisan nature of support for this. We have Senator Debbie Stabenow of Michigan, who is the Democratic leader of the Senate ag committee and is very supportive of this program. At the same time, we have the Republican governor of Michigan, Governor Rick Snyder who is very supportive of the program. In fact, when Governor Snyder put together his list of indicators for whether our communities are getting healthier or not, one of the indicators is SNAP sales at farmers markets.

It’s been a really pleasant surprise to see the kind of bipartisan support that’s coming in for expanding this program.

Popular
7 Smokable Plants You Can Grow That Aren’t MarijuanaBrian Barth
Alaskan Salmon Face a Stream of New MinesBecki Robins
Why Don’t We Eat Turkey Eggs?Dan Nosowitz
Holey Cow: The Wonderful World of a Fistulated CowAnna O†™Brien
6 Differences Between Llamas and AlpacasAndrew Amelinckx
Explore Modern Farmer
Related
Animals, Environment, Technology
Alaskan Salmon Face a Stream of New MinesBecki Robins
States Mull Limits on Foreign Ownership of FarmlandJohnathan Hettinger
As COP27 Comes to a Close, Agriculture Initiatives Are Top PriorityShea Swenson
Farmers of Color Are Suing the US GovernmentShea Swenson
wpDiscuz
We use cookies on our website to give you the most relevant experience by remembering your preferences and repeat visits. By clicking “Accept”, you consent to the use of ALL the cookies.
Cookie settings ACCEPT
Privacy & Cookies Policy