What Macho Herbicide Names Tell Us About Fighting Weeds (and Ourselves)

What's in a name? The ability to turn an anxious farmer into a self-assured head Honcho. 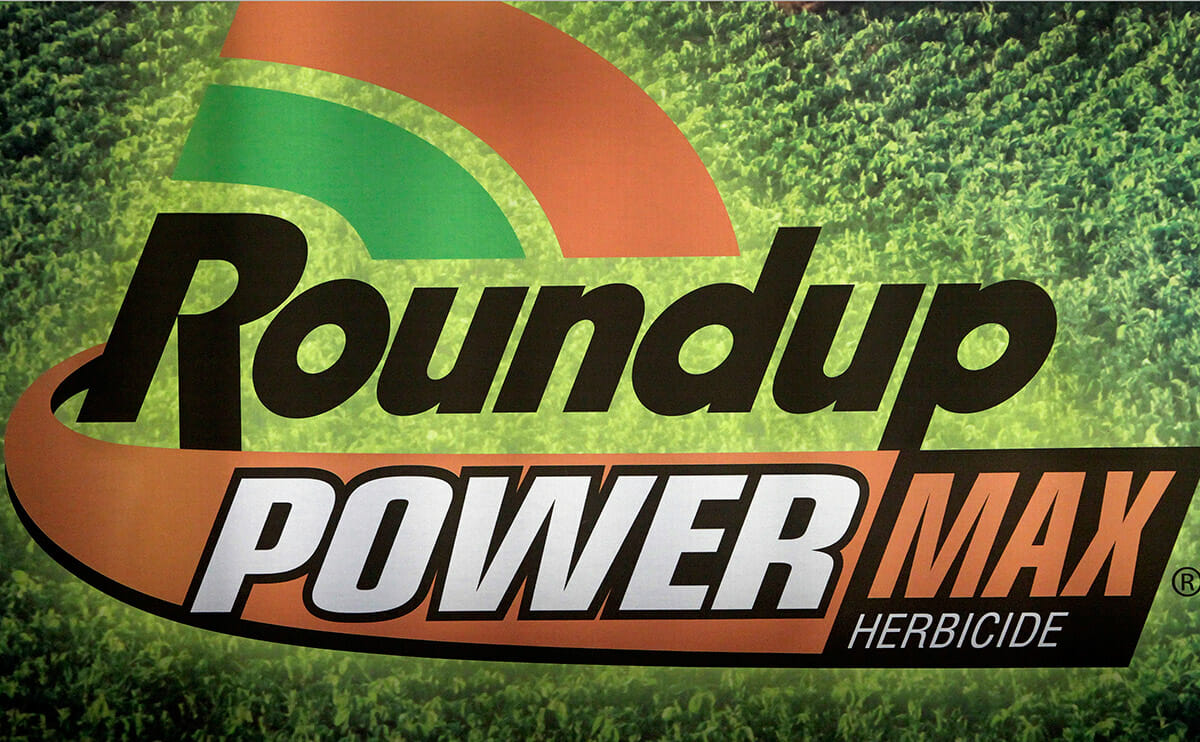 In 1970, an organic chemist named John E. Franz was working at Monsanto when he and his team made a remarkable discovery: that synthesizing N-(phosphonomethyl) glycine produced glyphosate, a systemic herbicide that had the potential to rule them all. In 1974, the herbicide hit the market as “Roundup”, and since then the chemical has become the most-used herbicide in American agriculture.

Monsanto’s glyphosate patent expired in 2000, and since then dozens of glyphosate formulations have flooded the market, each differentiated by a host of brand names that represent their products with all the subtlety of a monster truck rally.

In a world where things like climate change and herbicide-resistance are taking power from farmers and into the unpredictable hands of the elements, the sense of control – or illusion of control – can mean a lot.

As with the original Roundup, a burly wild west ethos predominates with names like Ranger, Rascal, Rattler, Honcho and Rodeo. Just what do cowboys have to do with killing plants? “They both evoke nature and a kind of ‘do-what-it-takes’ mentality, masculine strength, and determination pitted against nature and outlaws of all kind,” says Laurel Sutton, Principal at Catchword Branding, who points out in the “lawless West” it was the lone rangers (so to speak) who brought order and justice to the land. Sure enough, if you add other herbicides besides glyphosate into the equation, you find the names Lasso, Bronco and Lariat to boot.

Still shopping for the perfect herbicide name? Try out the law and order angle of Prosecutor and JuryR or the military tinges of Prowl, Stealth and Stinger. And let’s not forget the strange romance of being swept away by Buccaneer, Silhouette, Tango and Escort, which are more reminiscent of Harlequin titles (or condoms) than weed killers.

Why all the brawn and bluster? “Names like these that use metaphors or evocative language are a good way to get at unpleasant concepts like killing and death in a less offensive way,” says Sutton. “They definitely convey an independent American feeling – they’re tough, but not in a bloody or violent way.”

These herbicides may serve to reinforce the image that farmers, like rangers and prosecutors, are professional tough guys willing to do what it takes to keep their crops safe. Substitute “crop” for “daughter” or “wife”, and you’ve got the plotline of a dozen action movies in the last few years alone.

But while we agree that farmers are badasses, they’re also control-freaks, aware that the slightest detail can affect the year’s crop outcome. Their business is often at the mercy of economic, political and natural forces outside their realm of influence. And in a world where things like climate change and herbicide-resistance are taking power from farmers and into the unpredictable hands of the elements, the sense of control – or illusion of control – can mean a lot. What’s in a name? The ability to turn an anxious farmer into a self-assured head Honcho.

Herbicide names share glaring similarities with SUVs like Explorers, Tundras and Range Rovers. “With both types of brands you want to communicate a sense of being in command, whatever the natural environment,” says Sutton. “They’re designed to appeal to a male audience, and they reflect the theme of independence that Americans are so in love with. They’re all about projecting an image and making reality – like driving a car or putting chemicals on your lawn – sound a whole lot sexier.”

Herbicides, SUVs and action movies may all share the same names because they share the same aspirational DNA. Driving an Explorer or Yukon doesn’t actually make you more adventurous, but it might make you feel like it. And when Arnold strafes the opposition in a movie like Commando, don’t you kind of wish solving all your problems could be that simple? Herbicides like Roundup are named to reflect the same wishful thinking: that we could someday, somehow be totally in control. 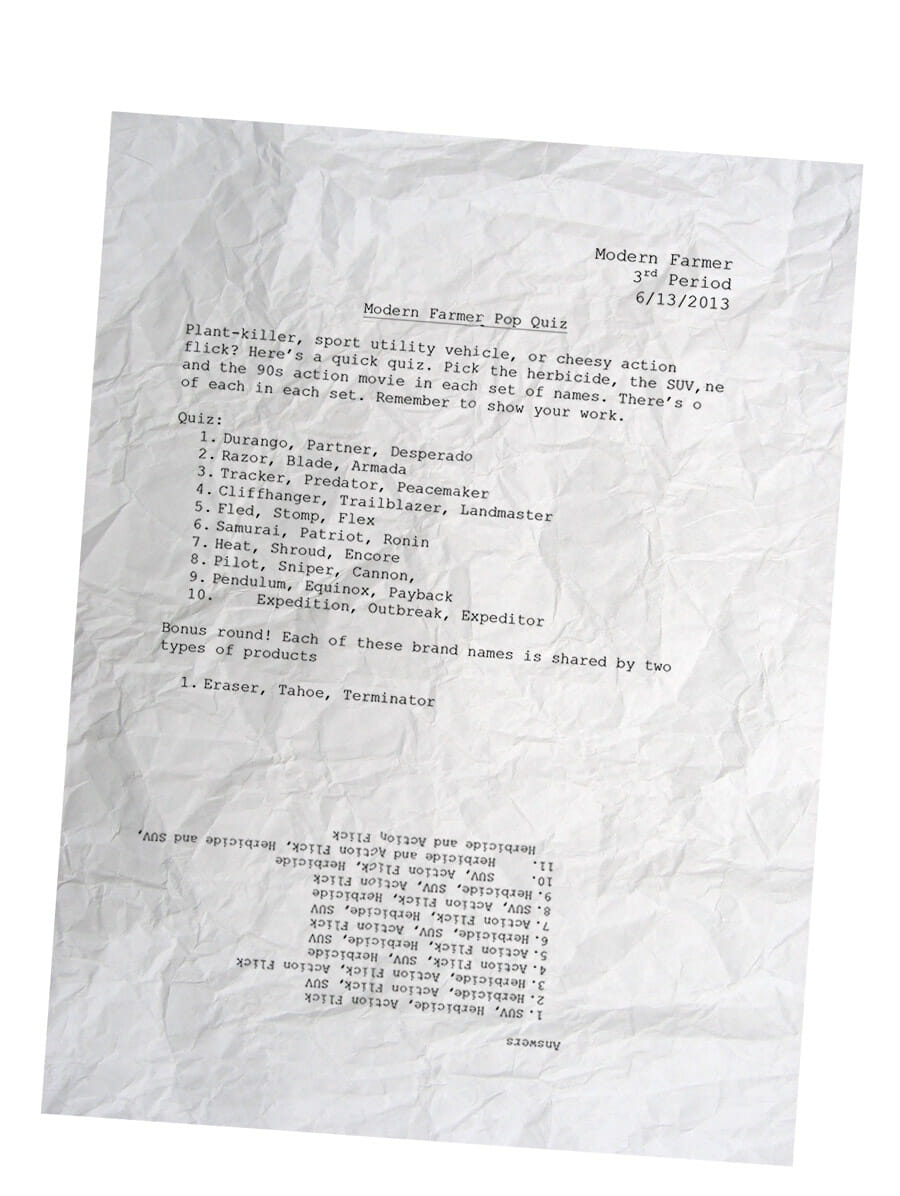