Floods Soak Farms Around the Globe

Little time has passed since farm headlines were dominated by drought and water shortage. Now, farmers across the country and the world are grappling with the reverse problem: floods. From Vermont to Iowa, Bolivia to Germany, heavy rains have washed out crops at varying stages of growth. While these may just be typical vagaries of […] 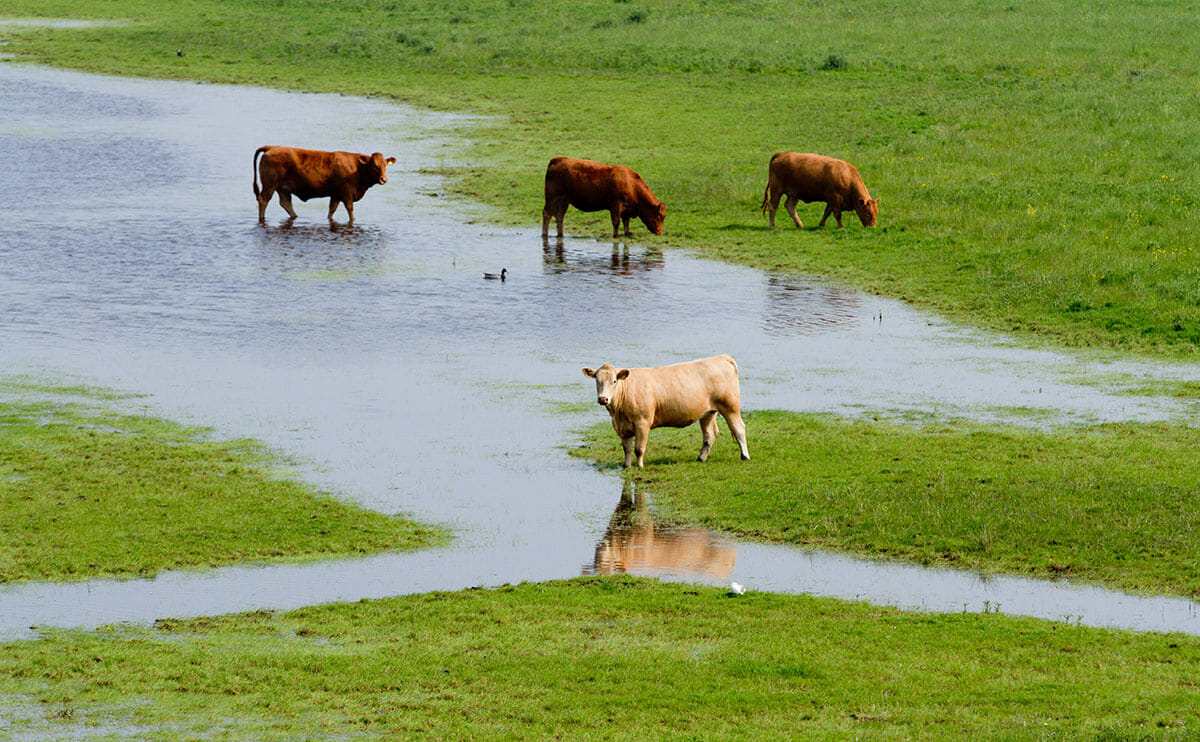 Little time has passed since farm headlines were dominated by drought and water shortage. Now, farmers across the country and the world are grappling with the reverse problem: floods. From Vermont to Iowa, Bolivia to Germany, heavy rains have washed out crops at varying stages of growth.

While these may just be typical vagaries of weather, there’s reason to suspect climate change is to blame. Cornell climatologist David Wolfe says a warmer planet is leading to more water in the air, from soil evaporation and plant transpiration. This may not lead to more overall rain, but what does fall is rapid, heavy and hard.

“We’re seeing a lot more heavy downpour events, where you get more than 2 inches in 48 hours,” said Wolfe. “These are the well-understood physics of the global warming phenomenon.”

If he – and many of his colleagues – are correct, farmers will have to grapple with much more flooding in the near future. Here is a snapshot of recent damage, a possible harbinger of wet years to come.

As of this week, 25 Illinois counties have been declared federal disaster areas due to floods along the Spoon River. Thousands of acres of corn, soybeans and other crops have already been washed out. Jack Rozdilsky, professor of Emergency Management at Western Illinois University, says weather in the next six to eight days will determine whether affected croplands can be salvaged this year.

“The extremes are getting more extreme. There’s no normal anymore.”

Things are looking grim along the Mississippi River, as rising waters threaten to put 8,000 acres of Missouri cropland under water. This is the second time the river flooded this year, though this flood may wreak more havoc than the first. Terry Birk, Bollinger County director for the USDA Farm Service Agency, remarked to the Southeast Missourian, “The extremes are getting more extreme. There’s no normal anymore.”

Over 10 inches of rain over a short period in late May has led to significant crop damage along the banks of Vermont’s Lamoille River. Smaller farmers are taking a big financial hit, so Rep. Peter Welch (D-VT) is using the floods to advocate for portions of the federal farm bill which would expand crop insurance coverage.

Some parts of central Bolivia got over 40 inches of rain within hours this March, displacing at least 4,000 families and ravaging banana, citrus and coca fields. “We have lost our crops. They have been taken away by the floods. We don’t have anything to live on now. We are suffering here, working for weeks to protect ourselves from the floods,” Bolivian farmer Eleuterio Mamani told Al Jazeera.

Germany has been all over the news this week, as floods “of historic proportions” surge through central Europe. Damage reports fluctuate depending on the crop. Grains like wheat and barley have thus far avoided much damage, while asparagus and strawberries haven’t been as lucky.