Badgers: so cute, so furry, and, thanks to The Wind in the Willows, so nobly anthropomorphic. But they also carry bovine TB -- and the British government plans to kill up to 100,000 of them. 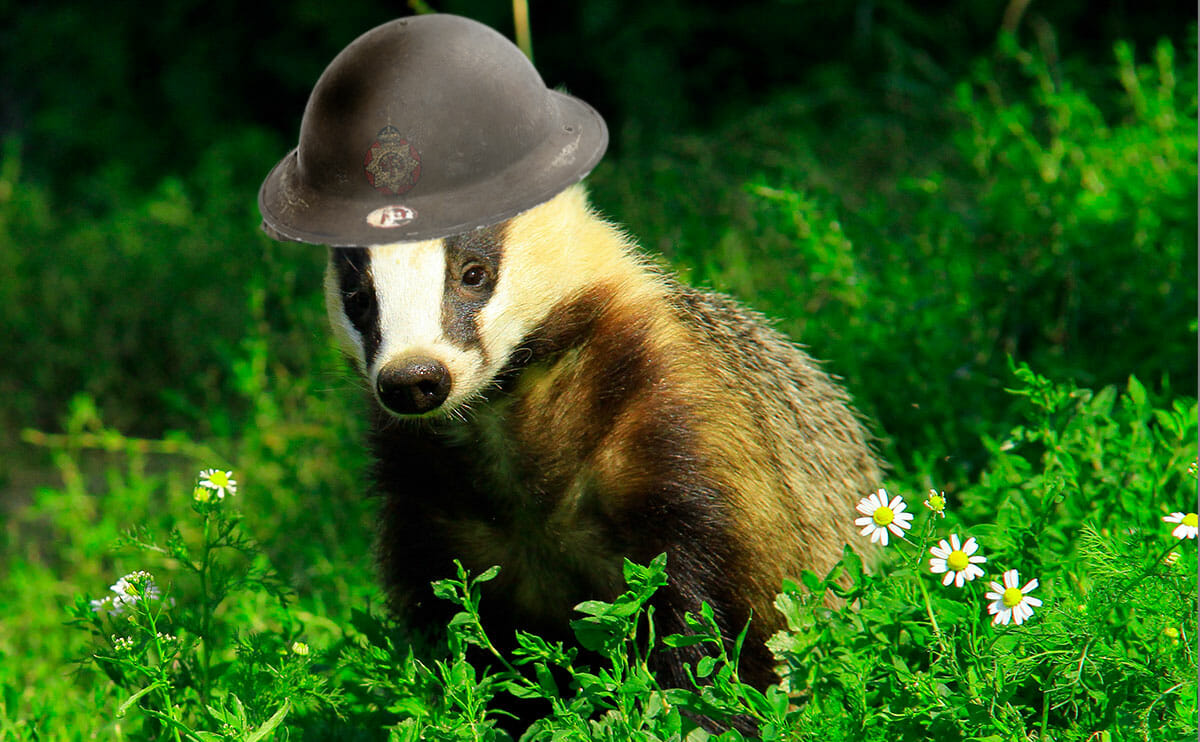 Badgers: so cute, so furry, and, thanks to The Wind in the Willows, so nobly anthropomorphic. Killing one, much less thousands, would be like murdering Winnie the Pooh or Peter Rabbit. Right?

Well, not if you happen to be the British government. Its Department for Environment, Food, and Rural Affairs has organized a massive culling of the short-legged member of the weasel family, set to begin imminently.

Why kill the badger? In addition to being winsome and cuddly, badgers can carry bovine TB, a disease that has posed an increasing problem for England’s cattle farmers. Twenty-six thousand cows were slaughtered in 2011; the following year, another 37,000 had to be put down. The government claims that areas with high incidents of bovine TB are home to high numbers of badgers.

The cull — which goes under the name Operation Themis — is being protested by the Royal Society for the Prevention of Cruelty to Animals (RSPCA) and activist groups like Stop the Cull (which sells t-shirts featuring armed badgers under the slogan “Fuck the Cull”). More than 250,000 people to date have signed an e-petition to halt the killings, which could destroy some 100,000 animals, or a third of the country’s badger population. Top animal scientists have also come out in opposition of the cull, calling it “mindless” and asserting that it’s little more than an expensive distraction from vaccinating both badgers and cattle and working to improve cattle movements. Currently, there are two pilot kill zones in Gloucestershire and Somerset that have been licensed to kill 5,000 badgers; if successful, the program will expand to other areas of the country.

Caught between the angry animal rights protestors and the private companies licensed to shoot the badgers are, of course, the police. But rather than batten down the hatches and don the riot gear, the authorities have taken a different tact: they’ve staged wargames with both the armed cullers and the animal rights activists, who last year said they would wage nighttime protests using fireworks, vuvuzelas, and rape alarms in the vicinity of the homes of farmers who allow culling on their land. Police used a map to track the movements of the cullers, protestors, officers, and volunteers patrolling for injured badgers.

Part of law enforcement’s strategy is to permit protestors to bend the law a bit: although, for example, blocking the highway is normally a criminal offense, officers may compromise by allowing protestors to stage a short rally in exchange for not attempting to obstruct traffic all day long.

Other simulation exercises are taking place involving the cullers, the government, and various wildlife officials. A police inspector told the Guardian that “Police are also being sent out to do local reassurance: some of these picturesque villages have not seen a bobby since the 1950s.”

You don’t have to look far to find of precedents for England’s badger culling controversy. Last year, there was an outcry in Canada over a government proposal to cull the grey seal population to revive stocks of cod and other ground fish. Major scientists protested the plan, saying there was no credible evidence that the culling would help the stocks recover. In this country, deer culling happens in a number of states, while wild boar culling is encouraged in locales as diverse as Berlin, Singapore, and England’s Forest of Dean. In Australia earlier this week, protestors won a temporary stay of execution for 1,500 kangaroos set to be culled across Canberra.

Underlying all of these culls is the question of how to manage wild animal populations in a world increasingly overrun by the human population, and the agriculture needed to support our growing numbers. The U.K.’s badger cull is only the most recent illustration of this delicate balance. There is no easy reconciliation between those who feel it is our duty to tame the natural world and those who do not – especially when the the natural world is so bloody cute.