The Farmivore: Cooking with Plankton

This is the first installment of a monthly column called The Farmivore, dedicated to the intersection of agriculture and restaurant culture. 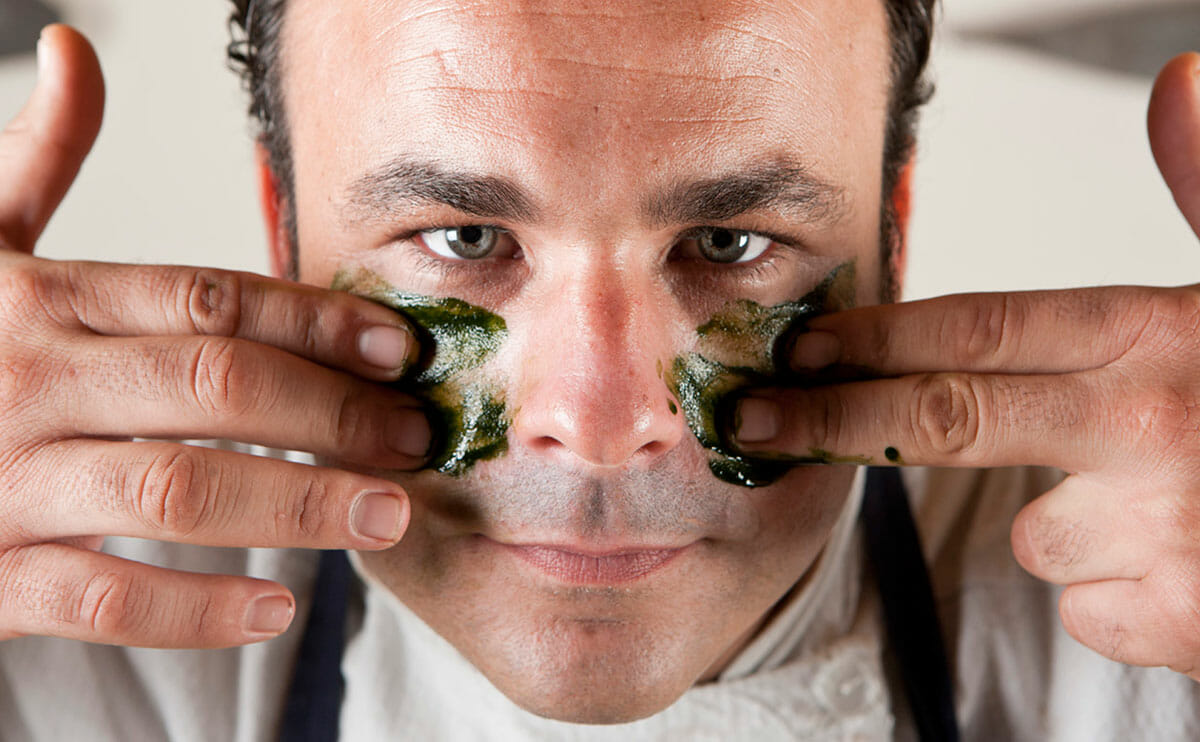 It’s no secret that haute cuisine has not always prioritized sustainability. The most celebrated restaurants in the world tend to position themselves as luxurious exemptions from environmental gloom and doom – momentary oases where a few lucky souls can enjoy a bit of good-natured indulgence. Perhaps the clearest expression of this point of view came from Thomas Keller, the legendary chef of The French Laundry and Per Se, who deflected a New York Times reporter’s questions about restaurants and the environment by asking, “With the relatively small number of people I feed, is it really my responsibility to worry about carbon footprint?”

So what’s a little Chilean Seabass among friends? A lost opportunity, at least to some chefs, like Ángel LeÁ³n, a rising culinary star from southwestern Spain. As chef of Restaurante Aponiente, in the coastal town of El Puerto de Santa MarÁ­a, near CÁ¡diz, LeÁ³n’s life-long obsession with the ocean has led him to a new style of cuisine, based on ingredients that no one else had considered food, much less fine dining.

Call it: cooking with plankton.

The diverse class of tiny organisms carried by ocean currents, ranging from alga to fish eggs to kelp, is the central theme of the 21-course grand tasting menu served at LeÁ³n’s Michelin-starred restaurant. While plankton is the building block of marine ecosystems, most of it is not generally recommended for human consumption. In fact, LeÁ³n initially made himself sick experimenting with it as an ingredient, but he said that “ever since I started cooking, plankton has been on my mind and it has always been a challenge to recreate its flavors for my dishes.” So the self-proclaimed “Chef of the Sea” persevered, eventually teaming up in 2007 with scientist Carlos Unamunzaga to isolate species of macroalga and cultivate them as food crops at Fitoplankton Marino, also in El Puerto de Santa MarÁ­a.

The secret, according to LeÁ³n, is to keep the alga lyophilized (freeze-dried) and then bind it with sterilized sea water at the last moment before it is served, so that the diner eats it in the freshest way possible. For LeÁ³n, microalgae offer an “infinite palette of colors and flavors” that had not previously been available to chefs. LeÁ³n rattled off some general descriptors for various species (“sweet, salty, acidic, or bitter”) but perhaps because we have such limited experience with these flavors, diners will experience algae differently, depending on the memories they bring to bear on this unfamiliar taste. According to LeÁ³n, a species called Tetraselmis, for example, “tastes like sea nettles in CÁ¡diz, like barnacles in Galicia, and like shrimp head in Valencia.”

In a new dish called “Alkalinity,” LeÁ³n offers what appears to be a classic pairing of oyster and lemon – but without the oyster. “What we do is recreate the taste using the plankton that feeds the oyster and gives the oyster its taste,” he explained. The texture is approximated with rice dough but the flavor comes from Isochrysis, which creates the alkaline counterpart to the lemon’s acidity. The relationship between the oyster and its food is quite close: “If someone does not like the taste of the oyster,” LeÁ³n said, “obviously that person is not going to like Isophcrysis.” Just like humans, oysters are what they eat.

Focusing on plankton’s role in the food chain – and its capacity to define the flavor of seafood – led LeÁ³n to experiment with plankton-fed fish from Veta La Palma, a marshland and sustainable farm in the Espacio Natural de Doñana, where fish are raised in a semi-wild state. Feeding fish with plankton puts less pressure on the environment than standard aquacultural methods, which require vast quantities of fish to produce fishmeal; a pound of farmed salmon, for example, requires up to five pounds of wild fish.

And the fish seem to like the taste of plankton themselves, if we may judge by their waistlines. LeÁ³n recalled that “we noticed that the mullet that ate plankton weighed three times as much as regular mullet, and thanks to this we can make marine sausages.” In other words, the fish pigged out on plankton until they were literally as fatty as pork. Aponiente is now well-known for its “embutidos del mar,” or cured fish sausages, including chorizo, lomo, salchichÁ³n, and sobrassada – and all by virtue of the fattier, plankton-fed fish.

And LeÁ³n is not just preaching the gospel of plankton; he’s also determined to expand the variety of fish we consider seafood, including species that are usually thrown back to sea as “bycatch.” Although dinner at Aponiente is not cheap, (105€ for the tasting menu, without wine), it serves lowly fish like Baila, Breca, and Zelema instead of status-symbol fish, such as bluefin tuna. Critics have not always been pleased with this choice, but for LeÁ³n, it is a personal crusade to reduce waste in the fishing industry. “I’ve always been obsessed by the sea,” he said, “and I have been on many different kinds of fishing boats. It was on one of them that I was struck by the amount of fish that were thrown into the sea for not having a trade name, which led me to start working to bring these poor ‘no-name’ fish to haute cuisine.” The restaurant now has its own boat, staffed with fishermen who understand the chef’s vision.