Mystic Liver: Inside the World of Biodynamic Farming

When is the last time you utilized a deer bladder, cow horn or skull in the ordinary dispatch of your farm or garden? If you're a biodynamic farmer, it may have been just yesterday. 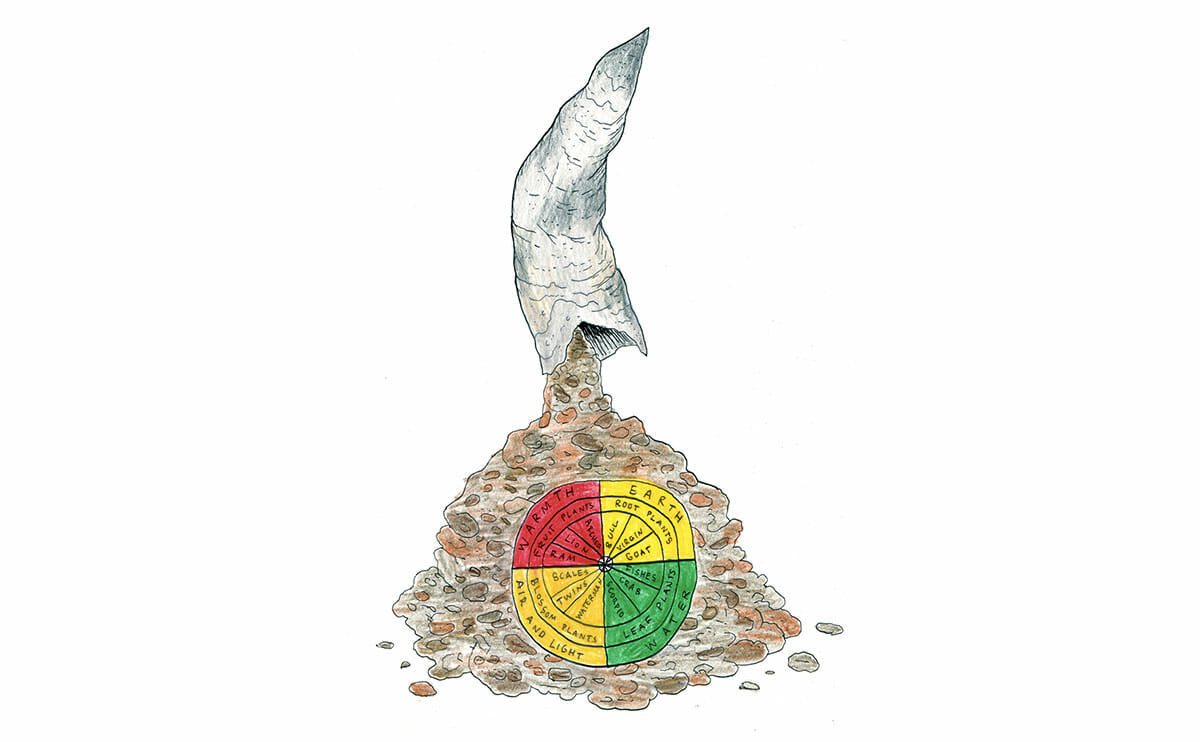 When is the last time you utilized a deer bladder, cow horn or skull in the ordinary dispatch of your farm or garden? If you’re a biodynamic farmer, it may have been just yesterday. Whether you were stuffing yarrow into deer bladder or unearthing a buried cow horn filled with manure, it’s all in a day’s work for practitioners of this unique form of agriculture.

These outlandish-sounding elements form the basis for fertilizer and compost “preparations” that are fundamental to biodynamics, the agricultural philosophy founded by Rudolf Steiner, an esoteric philosopher whose 1924 lectures on agriculture first introduced the concepts of biodynamic farming. Almost a century later, biodynamics has seen increasing interest among small farmers and especially vintners, who say that biodynamic practices result in a better bottle.

It’s also received a corresponding dose of skepticism, with detractors spilling much ink over the peculiarities of biodynamic farming and deploying every synonym for horseshit and hogwash in the book, especially when it comes to Steiner’s often impenetrable philosophical ideas (critics like to point out that Steiner was a self-proclaimed clairvoyant whose theories revolve around comings and goings in an invisible spiritual world.)

Steiner’s recommendations certainly can sound strange, especially in the world of modern industrialized farming. The majority of his nine distinct farm preparations involve fermenting plant matter in some element of an animal body part, from a cow’s gut lining to the bladder of a red deer. In his explanations, Steiner talks of nitrogen and potassium in the same breath as alchemy and streams of cosmic energy, and so far scientific study of biodynamics has little material evidence of its benefits. So why are some farmers and winemakers taking up his biodynamic principles?

Harald Hoven is the director of biodynamic farming at Rudolf Steiner College, a center for Waldorf teacher training in Fair Oaks, California. He says that the basic attraction of biodynamic farming lies in its holistic view of the farm as a complete organism. Farming, he observes, is essentially a process of exploiting the vitality of the soil, and biodynamics seeks to replenish that vitality to maintain balance. “When you look long-range you can see beautiful soil that has been spoiled because that exploitation has gone too far, and there were no measures to bring life back,” says Hoven. “For us the most important aspect is how to stimulate life.” 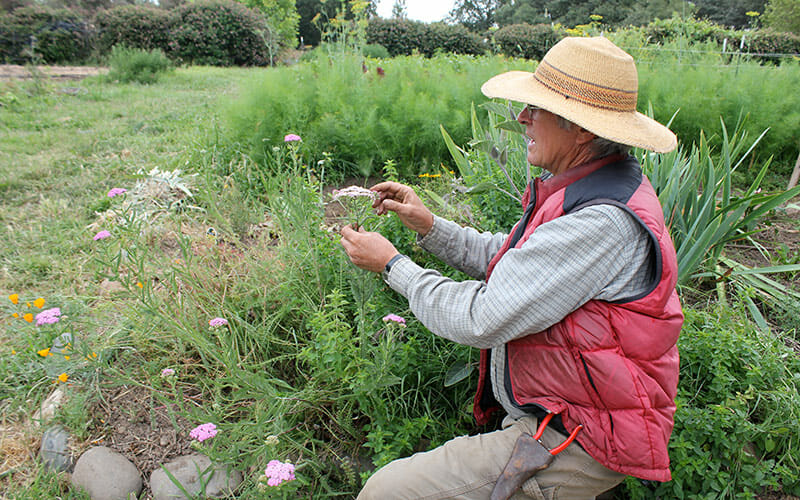 For Hoven, that means keeping animals and a diversity of plants on the small school farm he’s overseen for 25 years, as well as carefully deploying Steiner’s biodynamic preparations.

Foremost among these are two spray preparations, dubbed 500 and 501. Horn manure, or preparation 500, is composed of cow manure that’s buried inside a cow horn and fermented over the winter season, then dug up and stirred in water in a process of “potentization” before being sprayed on the soil. “We use horn manure to help stimulate processes in the earth, help in humus formation and for better root development and water uptake,” says Hoven. Horn silica, or 501, performs a complementary role: it’s ground quartz crystal that’s buried in a cow horn through the summer, then sprayed on and around growing plants. “The horn silica is used more when plants are getting ready for ripening, and it helps in the process, bringing out the sugars and helping the plants develop their specific flavors,” he says.

‘To our modern way of thinking, this all sounds quite insane.’

In addition to the spray preparations, Steiner recommends six compost preparations that are fermented under- and aboveground, then combined to enrich compost with various properties, from stabilizing nitrogen to stimulating silica to attracting cosmic forces to the soil. These are, in order: yarrow blossoms stuffed into urinary bladders from red deer (502), chamomile blossoms stuffed into small intestines from cattle (503), stinging nettle (504), oak bark placed inside the skull of a domesticated animal (505), dandelion flowers stuffed into the mesentery of a cow (506), and valerian flowers (507).

Sound crazy? Rudolf Steiner himself admitted that these ideas might be hard to swallow. “To our modern way of thinking, this all sounds quite insane,” Steiner stated in his lecture series. “I am well aware of that, but just think of how many things were originally rejected as crazy and after a few years became accepted.” 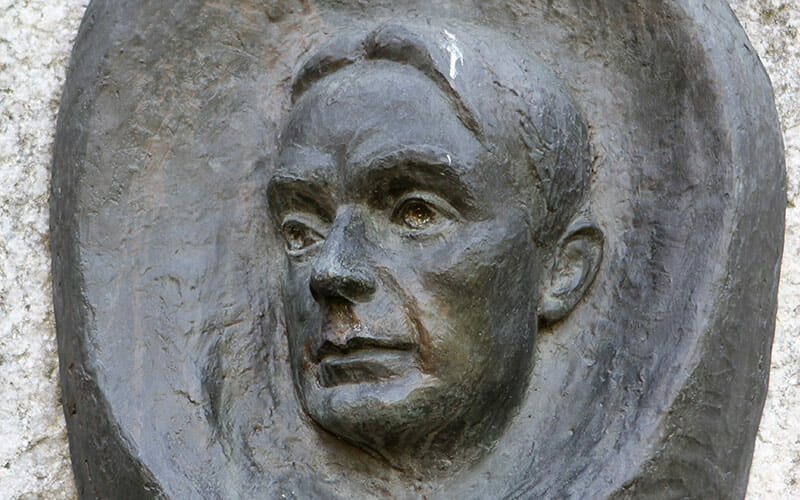 A plaque of Rudolf Steiner in Vienna, Austria.

So far, biodynamics is a far cry from being widely accepted. There’s been limited scientific study of whether biodynamics has a measurable impact, and some critics say it’s nothing more than sustainable soil management with a side of magical thinking, or, at worst, a cynical marketing ploy.

Proponents of biodynamics say that research methodology may not be able to quantify all the benefits. “The thing is that research that’s going to effectively look at biodynamic agriculture needs to be harmonized with traditional material science research but not to be limited to that,” says Thea Carlson, education program coordinator at the Biodynamics Association. “The way that we measure success of farms is pretty crude right now: it’s how much yield do you get per acre or the bulk volume of crops. Maybe you can look at the nutrient composition but you’re still only looking at macronutrients. Research hasn’t been able to detect the differences that are there.”

‘The most important thing is observation, to really look at the farm and read the plant.’

For farmers who use biodynamic preparations, it can be hard to explain just why the practice works for them, especially if they don’t want to engage with all of Steiner’s philosophies. Liz Milazzo is the field production manager at the Center for Agroecology and Sustainable Food Systems at the University of California, Santa Cruz, which runs one of the oldest organic farms in the state. She says she uses the fermented nettle tea and horsetail preparation as a mild fungicide, but has not launched into full-fledged biodynamics. “I find it quite challenging to translate the descriptions of plant qualities and energies with scientific basis,” she admits, but says she appreciates biodynamics as a system that looks holistically and ecologically at what’s happening on the farm.

Hoven says that farmers who may be leery of biodynamics should test it out for themselves and place trust in their own observational skills. “When you make compost, put the preparations in one and not the other and compare. Don’t try to convert the whole farm to biodynamics but spray somewhere where you have a problem, and look at it then. The most important thing is observation, to really look at the farm and read the plant. Farmers tend to do that anyway.”