Since the Reverend Lorenzo Langstroth patented the Langstroth hive in October 1852, the exterior design of bee hives has remained boxy and somewhat staid. Bees build some architectural marvels themselves, using hexagons to build honeycomb with the maximum amount of space while utilizing the minimal amount of material. Isn’t it time the outside of the […] 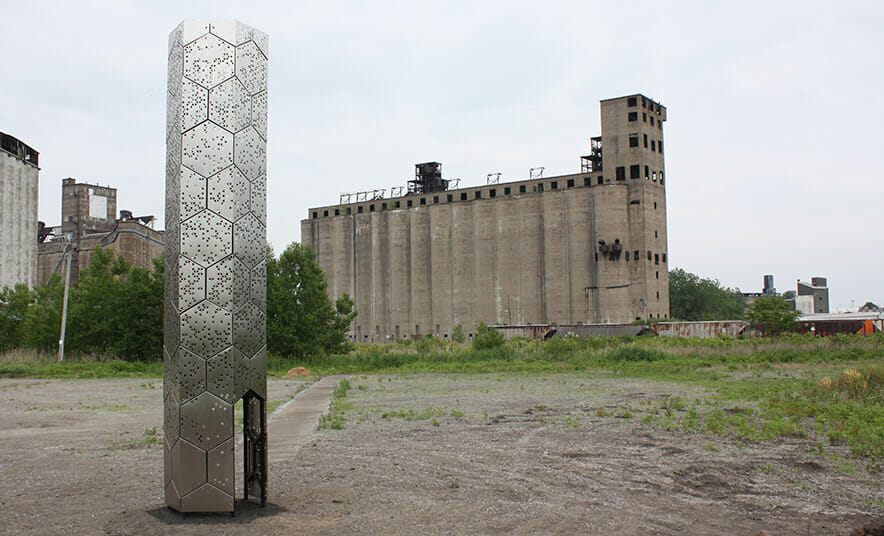 Since the Reverend Lorenzo Langstroth patented the Langstroth hive in October 1852, the exterior design of bee hives has remained boxy and somewhat staid. Bees build some architectural marvels themselves, using hexagons to build honeycomb with the maximum amount of space while utilizing the minimal amount of material. Isn’t it time the outside of the hive caught up? Here are five hives, ranging from pragmatic updates to pie-in-the-sky prototypes, that could do just that. 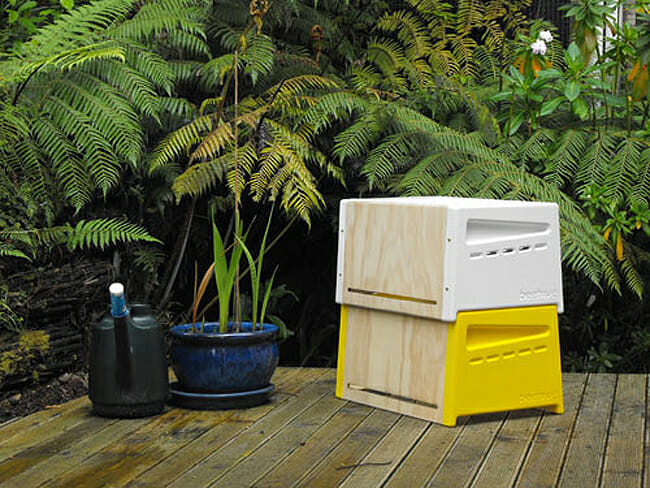 University of Auckland graduate Rowan Dunford set out to design a hive to bring a new demographic into beekeeping. “Aesthetics was an important part of this project. Most hives have a very rural or rustic feel, which a lot of people love, but I wanted my hive to appeal to a completely different type of person,” he says, speaking to Curve. 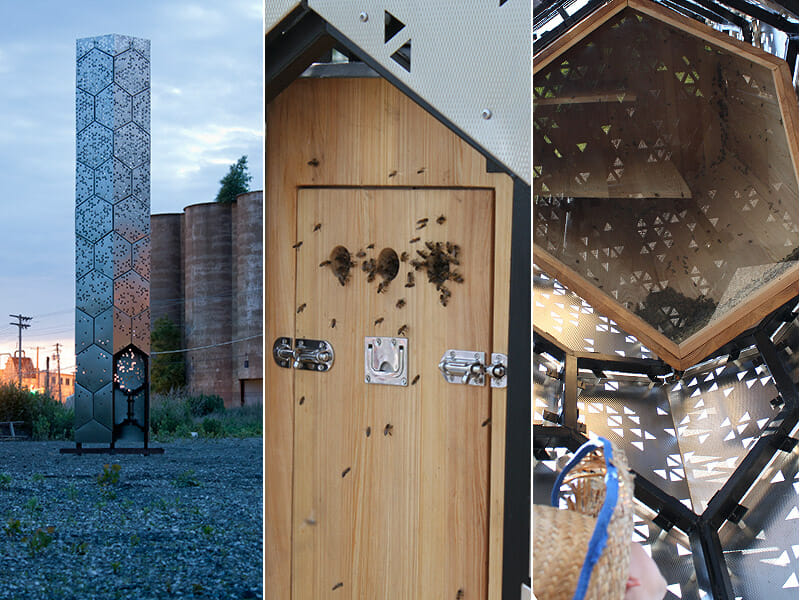 Elevator B, University of Buffalo

Surrounded by abandoned silos, the design students at the University of Buffalo built Elevator B, a gleaming steel skyscraper as a high-rise for bees. The 22-foot tall obelisk hosts the bees in its upper chamber, with a clear Plexiglass floor that allows visitors to see the bees in action. The team took home the prize for the Student Design/Build category for the 2013 Architizer A+ Awards. Pretty sweet. 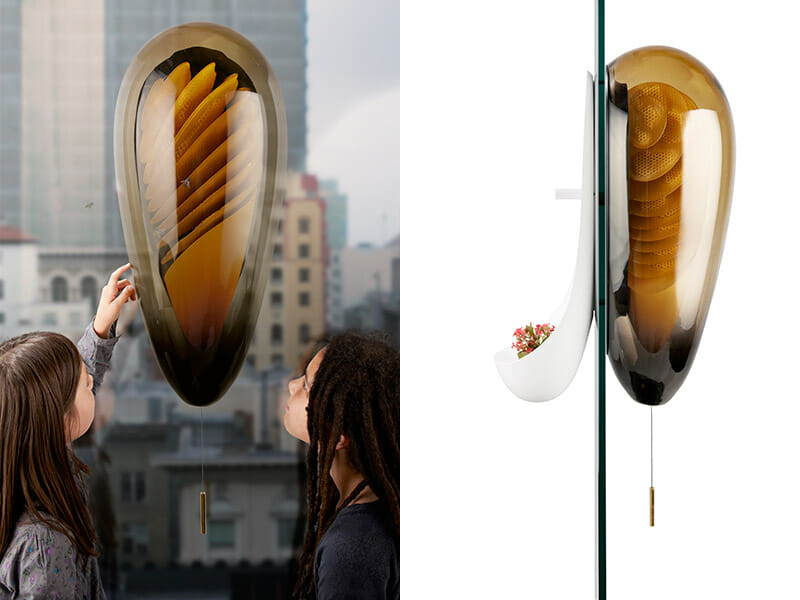 Looking more like something out of Minority Report than anything you’d find in an apiary, Dutch electronics giant Philips went ultra-sleek when mocking up this beehive of the future. The hive lives on one side of the glass, while entry is through a gate set outside the apartment. Not intended for sale, it was part of their “Microbial Home” design concept, looking at how residential units could be designed with built-in ecosystem — each part of the homes output is another part of the home’s input. 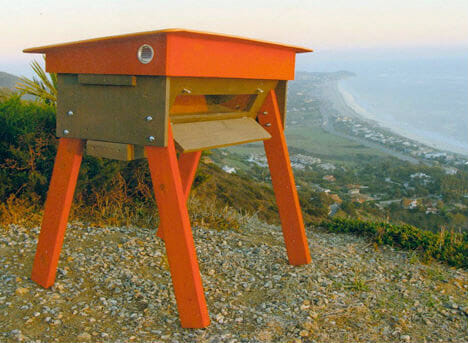 Leave it to a guy in Malibu to bring a laid-back West Coast vibe to beehives. Designer Steve Steere built these using mainly salavged wood from his oceanside neighborhood, and they come in green, aqua, gray, pumpkin, salmon or mustard paint (non-toxic, of course). Steere sells them for $340 a pop on his website. 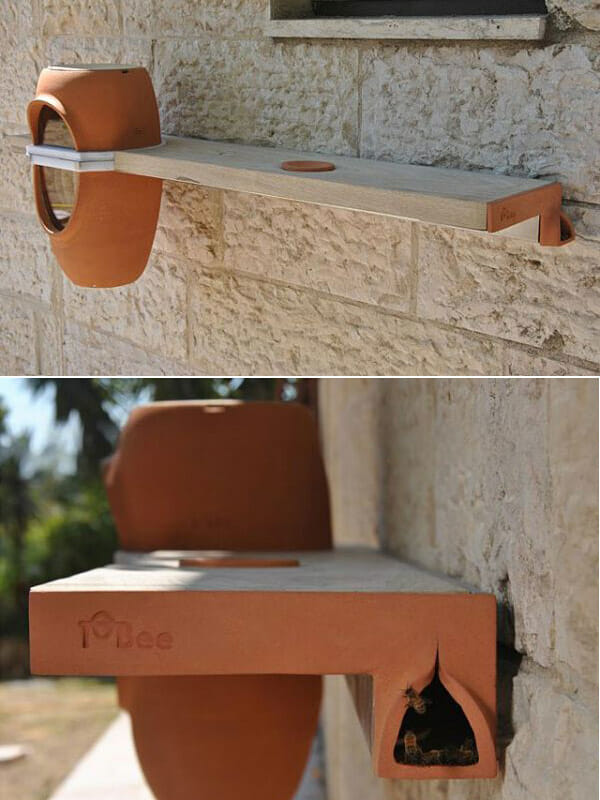 Israeli design student Bar Lavi’s ToBee beehive is easy to mount against a wall, and give bees a place to build their honeycomb while also providing an “escape tube” for pollen foraging. A clear side-panel gives beekeepers a chance to see how their worker bees are doing.