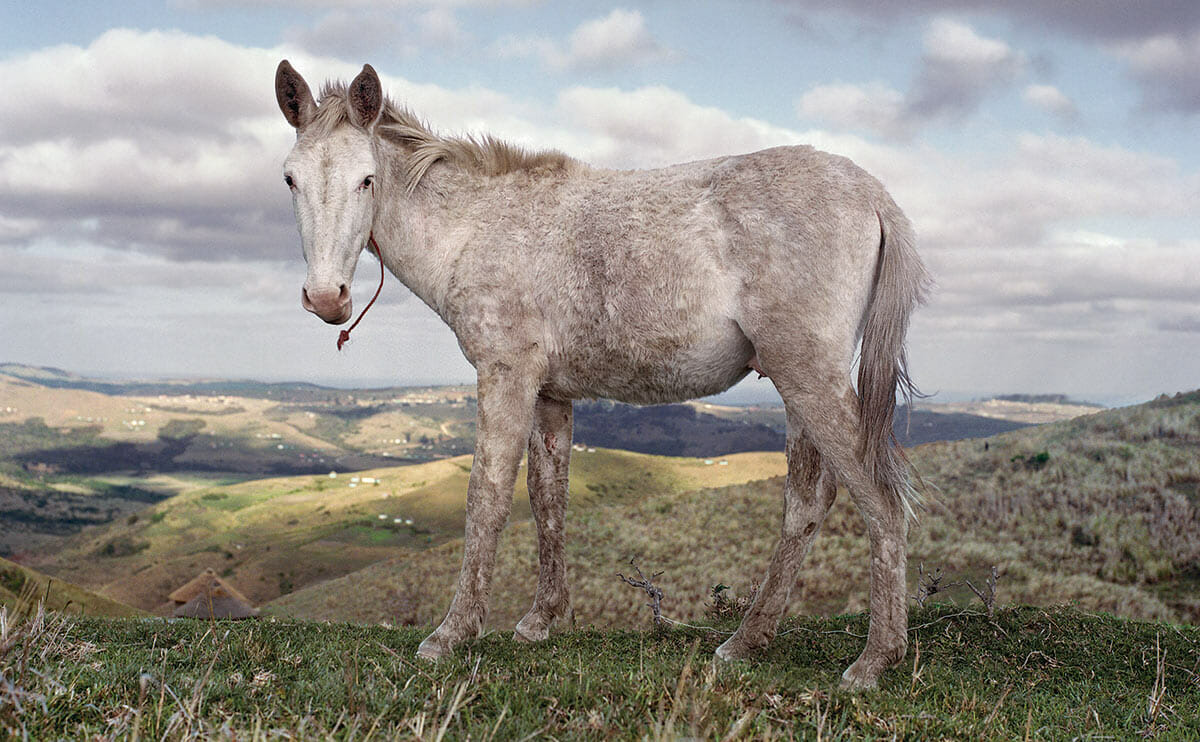 In 1800, the English artist-explorer Samuel Daniell set out from Cape Town to document South Africa’s landscape. Known for a keen ability to observe people and animals, his sketches and paintings captured wild animals, often posed alongside indigenous people. A little over 200 years later, the young South African photographer Daniel Naudé retraced Daniell’s route and produced his own mesmerizing images of his country’s landscapes and animals.

“What I have learned is that we as humans can experience certain feelings and emotions in the way that animals look at us,” Naudé says.

For his book Animal Farm (Prestel, 2012), Naudé shot pictures all around southern Africa. “Most of these farms are owned by families who have lived there for five to eight generations,” says Naudé. “I have recognized an interesting shift – a new generation of young farmers who are inheriting their family farms and, having grown up in a democratic South Africa, they have a completely different mindset.”

But Naudé’s true subject is relationships of another kind. “My encounters with animals, and the resulting photographs reflect the mutual surprise, wonder and fascination that both man and animal seem to experience in confronting each other,” he writes in the foreword to his book. “Each captured moment is a glimpse of a ‘meeting point’ between the animal and myself in the natural realm, experiences that fueled me during the working process.”

That sense of encounter is most striking in the photos in which the animals look directly at the camera. “I don’t know what animals think. They are as silent as my photographs,” says Naudé. “Yet, I recognize my own being in theirs. Nothing I have read about animals can sufficiently account for the intensity I experienced in these encounters. For me, the presence of an animal remains unfathomable, unexplained, yet incredibly potent.”

While Naudé’s subjects are domestic animals, which is to say, captives, many of his photos convey a sense of freedom. Part of that is because the animals are so often alone in the frame, against the haunting immensity of the African sky. What are those cattle doing on the beach? Did they just wander, or is there a reason for herding them there? Naudé explains: “They graze by night on the grassy hills of the Eastern Cape shores and by day they move down onto the beaches to chew their cud. Some say it’s the cool sea breeze that draws them down to the beach.”

According to Naudé, this image harkens back to the epic Xhosa cattle killing of 1856 and 1857 in colonial South Africa, where the Xhosa prophetess Nongqawuse reported seeing two spirits who told her that her people must kill all their cattle and destroy all their crops. When this was done, the whites would be driven into the water, the dead would rise and “the ancestors would come from the sea” and bring them healthy goats, cattle, dogs and sheep.

“When I saw the cattle on the beach,” Naudé recalls, “they seemed to be waiting for the realization of that prophecy.”