Rural Romance from Down Under - Modern Farmer
Animals, Lifestyle, Plants

Rural Romance from Down Under

There's a whole sub-genre of books called "Rural Romance," and we talk to one of our favorite authors. 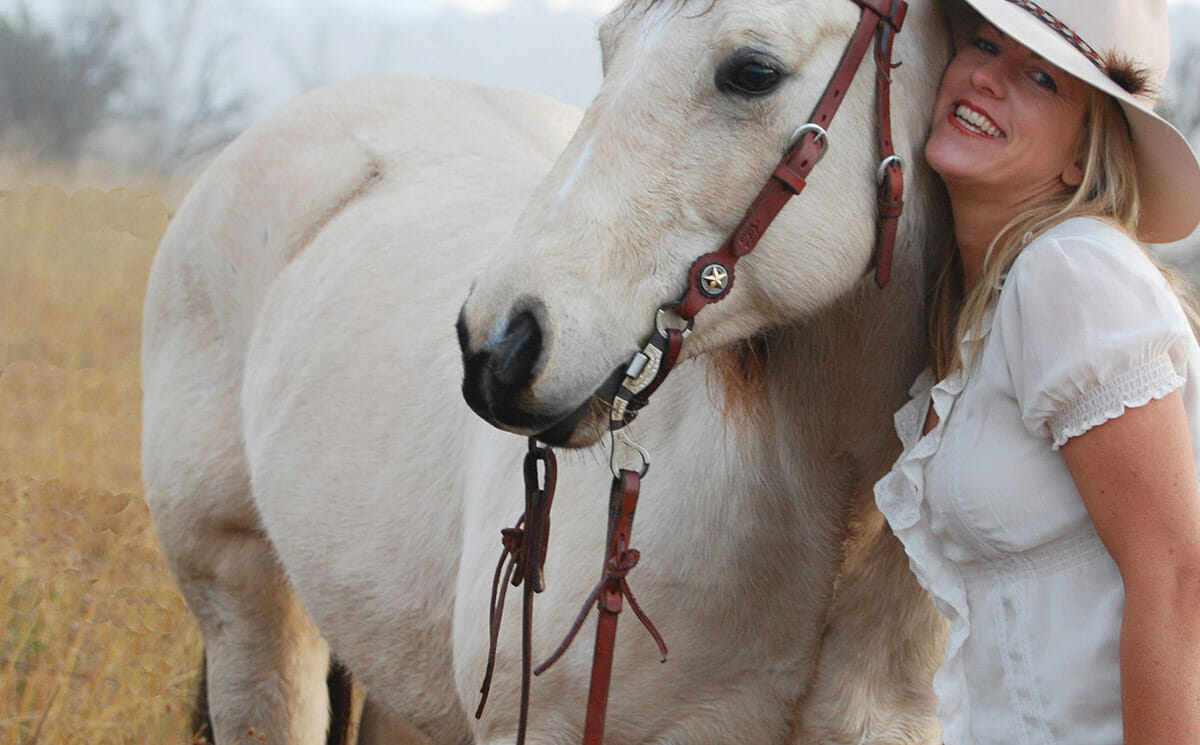 Rachael Treasure switches gears easily from talking about her newly published parody of “50 Shades of Grey” (“It’s full on, it’s very rude, I’ll tell you now!”) to speaking passionately about agriculture. Treasure is the originator of an Australian publishing sensation, a whole sub-genre of books called “Rural Romance.” Her 2002 book “Jillaroo,” chronicles the struggles of a young female farmer grappling with work, family, and love. It was a smash hit, climbing the best-seller list and selling over 150,000 copies in Germany and England, as well as Australia. Since then, major publishers across Australia have added Rural Romance collections to their roster. Part of the genre’s appeal is authenticity; the books are often penned by women who, like Treasure, are farmers. Treasure has teamed up with the University of Tasmania to turn her 20-acre farm into a showcase for sustainable methods of revitalizing Australian soil. 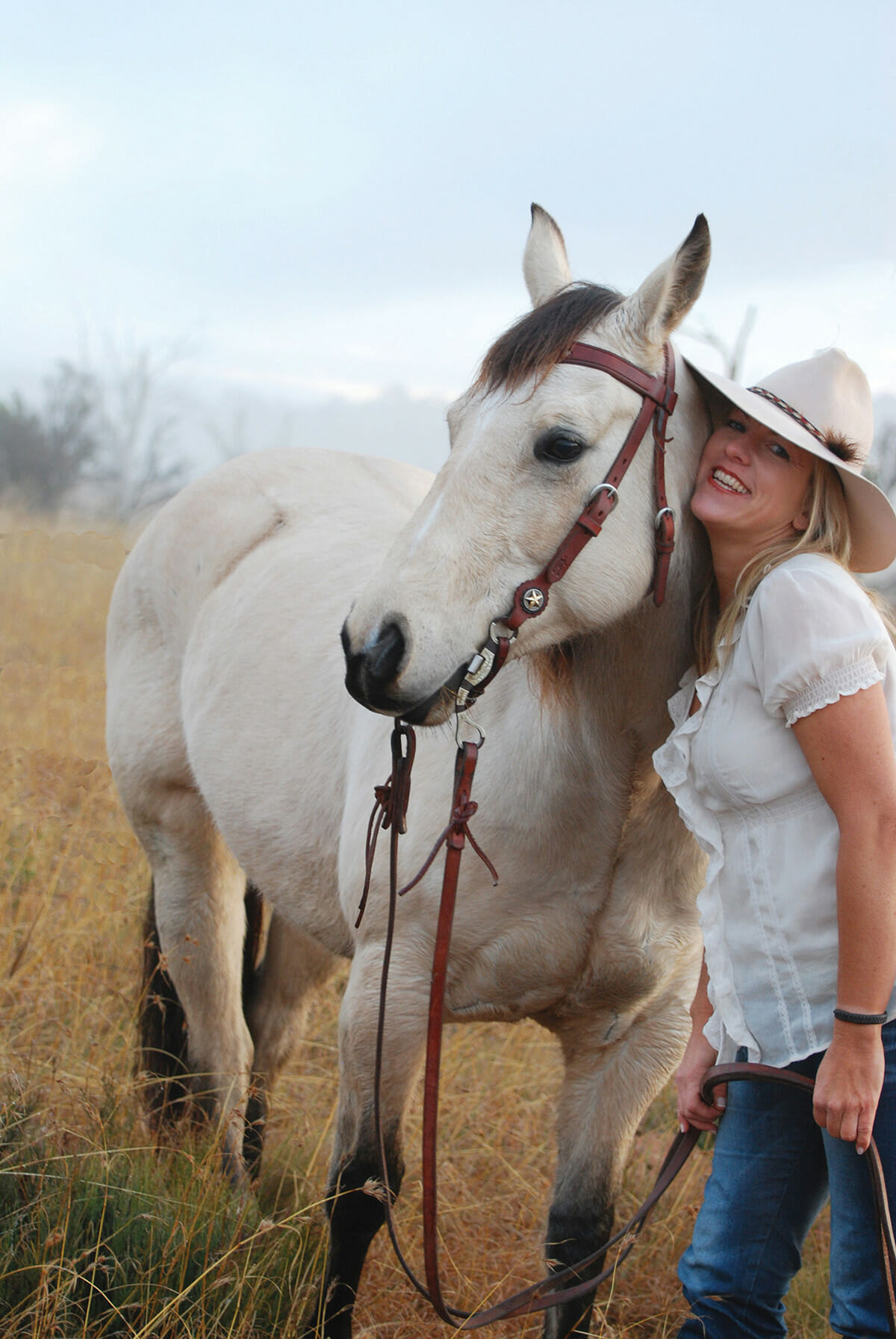 Rachael Treasure and her horse, Dreams.

How did you come to write “Jillaroo”?

I had left agriculture college, I was working in shearing shed in the outback and I was really hungry for rural-based, contemporary stories. And there was very little to be found. There were autobiographies, and historical content, but nothing that spoke to me personally as a young woman. So after some time as a journalist, I decided it was time to start writing a novel. Jillaroo was picked up off the slush pile from hundreds of manuscripts and I had a contract within ten days.

I didn’t write “Jillaroo” as a rural romance. I wrote it as a very loud megaphone on behalf of other rural women. They’re sassy, they’re attractive, they’re clever. And they want the best for their land and their environment and families.

How do you feel about being labeled a romance writer?

If people want to label my work romance, that’s fine. I just put out a collection of short stories called “50 Bales of Hay.” It catapulted me into a whole new genre we’re terming “agricsmut” or “agriculture erotica.” People can read my books and just look at the romance, or they can look at the multi-layered plotlines that are about humanity and even soil science.

Do farmers read your books?

Absolutely. You’ve got to have country people. People who live and breath agriculture are my core group of readers. I write from within the culture, because I live it every day. My readers are mostly made up of those people. However, I sell huge quantities in the city because people are hankering for the culture and community that rural living gives.

Do Australians think of farmers as sexy?

Yes. Definitely. This is what the beauty of being a writer is. I can wrap up the notion of soil science in a pair of sexy Wrangler jeans. I think country is sexy in Australia the way it is in America. 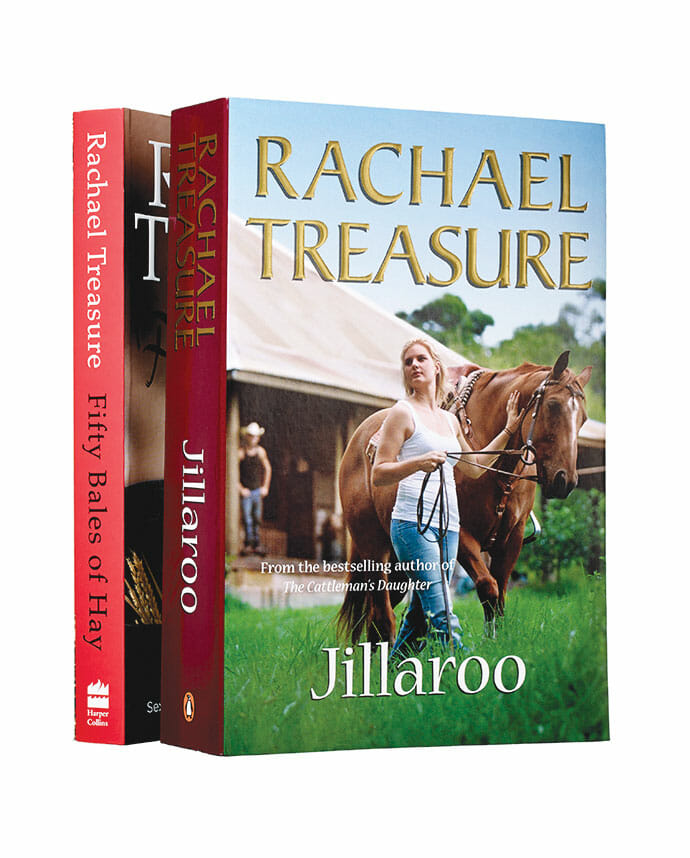 The “Farmers Wife” starts with Rebecca Saunders, the character from “Jillaroo”, being taken by a friend to a Tupperware party out in the Bush. But it’s not actually a Tupperware party, it’s a sex toy party. So instantly the reader is led into this funny world with funny women who aren’t interested in shopping, shoes, and glamour – they’re in to their dogs, soil, and food for their children. They’re swigging on rum while off to an adult toy party.

While I talk seriously about food production, that’s how I get the readers in.

I’m a single mum, so I get the kids on the school bus. And any mother will know that is a challenge no matter where you are around the world. I run my Kelpies, Australian working dogs, I tend to my chickens, my vegetable garden, and then, sometimes, I do a pasture walk and assess which paddocks are recovering and do some photographic work to record anything interesting I’m noticing about the regeneration of the property. I’ll rotate my horses around, because they’re the ones doing the hard work, and then I’ll come in and start my writing day.

I live a very peaceful and rich life but not in the sense that I have fancy material possessions, but I have a beautiful landscape that keeps me rich and inspired.