The 'Monsanto Protection Act' has sparked protests from both the far right and the far left since it was revealed last month. We've compiled a timeline. 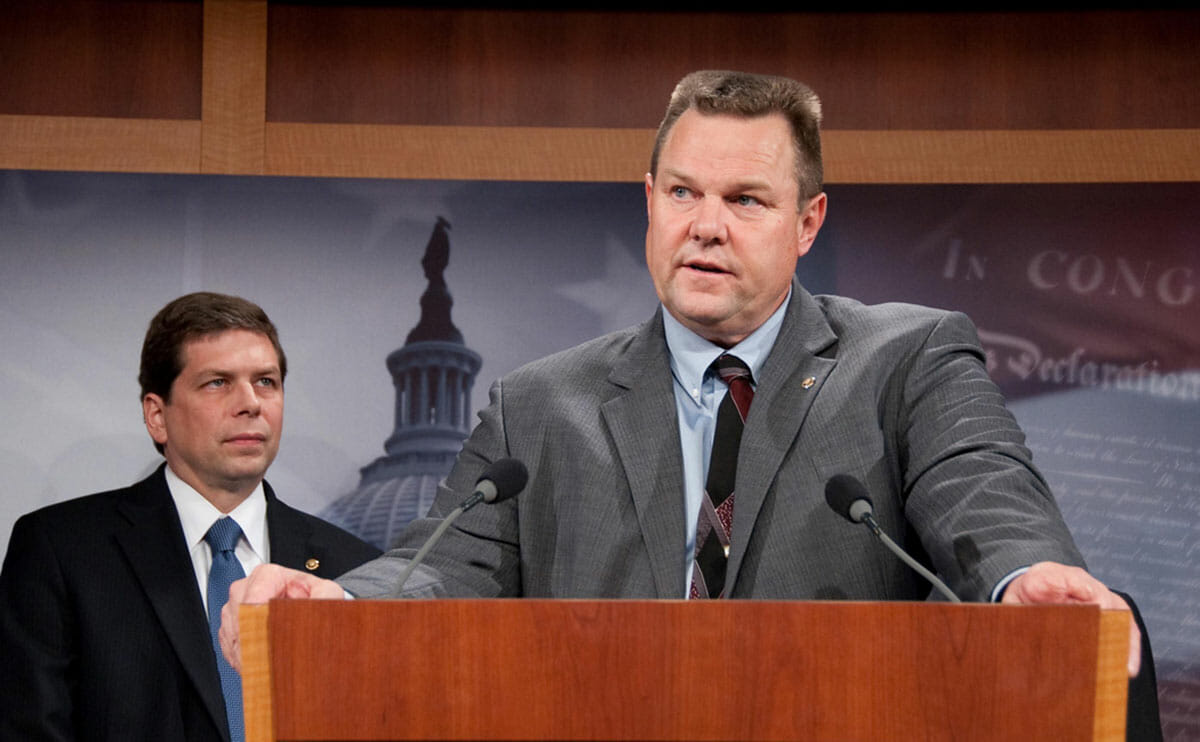 It started with a whisper, but swelled into a roar. Last summer, Bloomberg News spied a shady piece of Big Ag legislation in a House spending bill, one paragraph tucked deep in 90 sprawling pages of appropriations. The provision, a House of Cards-style piece of backroom politicking, invalidates any court ruling that prevents GMO crops from being planted or sold into the food supply.

The biotech rider failed last year, but it would have been naÁ¯ve to think it would fade away. Last month, in the Senate’s Continuing Resolution ”“ that vital bit of legislation to stave off a government shutdown ”“ the rider reappeared. It set off sparks that flamed high in the last couple of weeks.

Let’s look at the timeline:

March 13: The “Farmer Assurance Provision” (nicknamed the “Monsanto Protection Act”) is discovered buried in the 587-page document, leading Sen. John Tester (D.-Mon.) to deliver a scathing speech on the Senate floor. The speech is lauded by Monsanto opponents like Amy Goodman (Goodman touts Tester’s farm cred, noting that he “lost several fingers in a meat-grinding incident.”)

March 27: Farmers and activists converge on the White House to protest the provision.

April 2: Amid the furor, Sen. Barbara Mikulski (D-Md.) makes a public apology. As chairwoman of the Senate Appropriations Committee, she seems a bit sheepish for letting the rider through.

April 3: Even the Tea Party can get behind the protests. Apparently Monsanto rage can bridge the great political divide.

April 3: Don’t worry everybody: Monsanto wants you to know they are doing just fine.

April 4: Politico outs the sneaky Senator responsible for inserting the rider. After weeks of lurking in the shadows, Sen. Roy Blunt (R-Mo.) finally unburdened his soul.

September: The provision expires after only six months, but don’t sleep on it. An initiative backed by this much power-lobbying probably won’t just disappear.