As wild pigs tear up up soybeans, rice and other crops in Louisiana, Cy Brown and James Palmer take to the sky with a pig-killing drone. 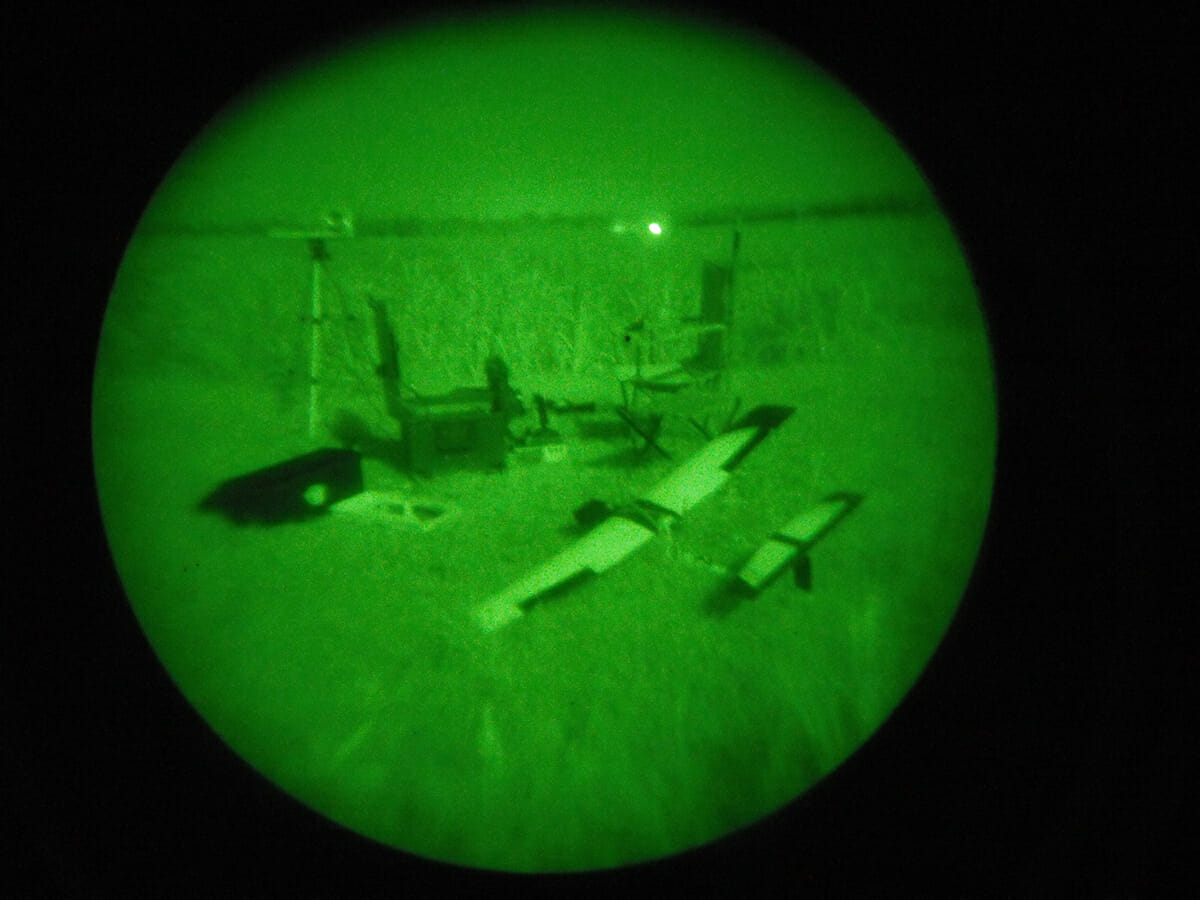 If you’ve picked up a copy of the first Modern Farmer, you likely saw our feature on the wild pig scourge. But for those outliers who still haven’t bought an issue, here’s the takeaway – we are well on our way to a global pig crisis. These beasts ravage ecosystems like Viking marauders, they breed quicker than deer and they’ve got unsettlingly high IQs.

To quote New Mexico land commissioner Ray Powell in a recent AP story, “[Wild pigs are] much brighter than I am. If they had the dexterity, they’d be driving vehicles around. I mean these guys are really smart.”

Their eerie brilliance makes them slippery prey; hunting and trapping aren’t nearly efficient enough. And helicopter hunting, which evens the playing field somewhat, is prohibitively pricey (on the order of $1000 per hour).

Enter Cy Brown and James Palmer, engineers and part-time airplane hobbyists in Louisiana. They’ve built something they call the “Dehogiflier,” an R/C airplane kitted out with a thermal imaging camera. Let’s call it what it is: a homemade drone. 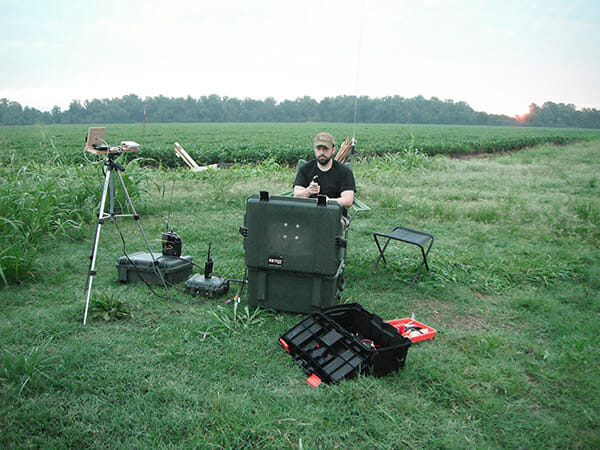 Every weekend, Brown and Palmer send their drone buzzing around a piece of farm property. When they spot a pig on the live video feed, Palmer – a crack shot – uses a rifle with a night vision scope to kill it clean. It’s sleek, fast, reliable ”“ and not what you’d call sporting.

But killing pigs is no sport, if you ask Brown. It’s extermination, plain and simple. “There’s no concept of fair chase when it comes to pigs, no sense of conservation,” he said.

“There’s no concept of fair chase when it comes to pigs, no sense of conservation.”

The duo would never use their drone to kill deer or other non-pig creatures. Brown said it wouldn’t be moral, or legal. But pig hunting is a free-for-all in Louisiana. Besides a few mild restrictions during deer season, you can kill any wild pig, anytime. Even babies.

“If you’ve got roaches in your house, you don’t leave the eggs behind because they’re poor innocent eggs,” said Brown. “You kill them all.”

It’s a brutal approach, but local farmers seem into it. Since a recent glamor shot in Time, Brown and Palmer have been approached by more than 20 farmers, looking to turn their properties into the next killing fields. Wild pigs have been tearing up soybeans, rice and other crops for months, virtually unchecked.

Much of Louisiana is shielded with a thick canopy of vegetation, easy cover for a pig. But thermal imaging leaves nowhere to hide. The drone even outperforms helicopter hunting.

Brown said the only other way to increase its efficiency would be to affix a gun directly to the drone (a terrifying thought). “It would be so easy to rig it with a gun, it’s trivial,” he said. “But a lot of people would have no sense of humor whatsoever about that sort of thing.”