For 100 years, the storied Pointer Brand has been in the business of classic work wear - and now, fashion. 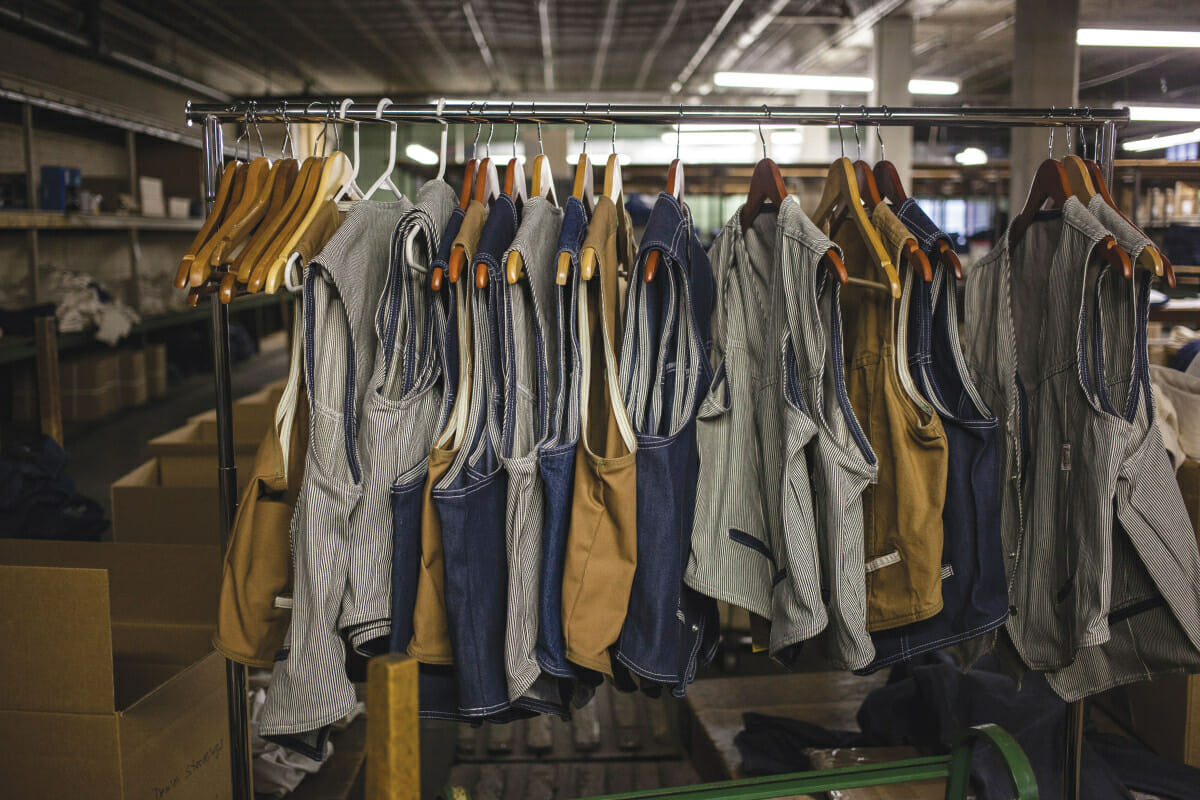 For 100 years, the storied Pointer Brand has been in the business of classic work wear, its denim dungarees and chore coats produced in a time-warp of a factory in Bristol, Tennessee and sold in farm-and-feed stores and hunting shops across the U.S. But now change is afoot.

You need only ask employee Marinda Holt, a 25-year veteran of the factory who was recently taking scissors to a roll of denim. “This is a sleeve for that Watanabe jacket,” she says without batting an eyelash. She’s talking about designer Junya Watanabe of Comme des GarÁ§ons, the high-concept, high-fashion Tokyo label. “The Japanese keep me busy.”

Faced with stiff competition from cheap Asian imports and bargain-basement U.S. superstores, Pointer Brand is repurposing itself. “We decided that we were going to focus more on customers who want our product, and who was that but the Japanese,” says King. Anchored by the prestigious Watanabe collaboration, a full fifty percent of the label’s sales last year were in Japan, where customers love the ‘Made in America’ tag. Another chunk went to boutiques on the East and West coasts. For Pointer, it seems, the future is in fashion.

The brand got its start in 1913 when Bristolian Landon Clayton King decided to create a line of hardy clothing that could withstand rugged pursuits like hunting and farming. He named the line “Pointer” after his champion bird dogs. Today, the L.C. King Manufacturing Company is still based in Bristol, Tennessee. The downtown area straddles the border with Virginia and boasts historic brick buildings dating from the railroad boom in the 19th and early 20th centuries. Now recovering from a period of decline, storefronts are once again filled with shops, restaurants and even a store selling Apple products.

Just off the main strip, the company still occupies the wooden-floored building with tin roof tiles that it moved into soon after it was founded. This is where the manufacturing process begins: The staff unrolls thick bolts of fabric – most often indigo blue denim, hickory and fisher stripe, and brown duck – onto tables stretching the length of the floor. They cut as many as 96 layers of cloth at a time using paper stencils, and then pass them next door to the sewers, who sit amid a cobweb of cables and thread.

The clothing is then inspected and taken downstairs, where hillocks of denim sit in wooden packing crates that have been hammered together for storage. “This is our high-tech inventory system,” says Ben Collins, King’s right-hand man. As country music echoes through the factory, he points out stockpiled fabric in blue, slate gray and cream. “It’s sometimes tough to obtain the material; there’s just not a lot of manufacturers left.”

King’s clothes, almost exclusively for men, win repeat customers thanks to their durability and understated style. The most popular product is Lot 444 – traditional denim overalls with the brand’s distinctive red zipper and dog logo on the chest. Also well-liked are the chore coats, a clean design with four pockets on the front. Newer lines have a hipper feel, and include skinny jeans and jackets made of camouflage fabric. “Everything I’ve purchased from here is top notch,” says Hank Rainero, a sales director for a precast concrete company, who is waiting at the counter for a pair of work pants. “I don’t mind paying a little more as it brings back money into the local economy and employs local people.”

It can be hard to pin King down at the factory. An energetic man with a pencil tucked behind his ear, he rushes between departments, serving customers at the counter, typing at his desk or rooting around in inventory. As a child, King and the other youngsters in his family were not allowed in the factory. King says he had no plans to enter the business. He was working at a food exporter in Atlanta when his father had a heart attack and asked for his help. King felt a duty to the staff. “I’m looking at these people and these people fed me growing up,” he says. “They spent their lives here. You just can’t shut it down. It’s too important.”

At the time King moved back to Bristol, there were 130 employees. Over the following years, as tariffs were lifted on products made in Mexico and China, the company became unable to compete on price. By 2007, only eight employees were rattling around in the factory. King realized that the market had shifted underneath him. “Our stuff was geared toward the customer that we had always sewn for in the ’50s and ’60s, and now we’re in the 21st century and have to focus on that customer.”

Watanabe, for instance, had e-mailed out of the blue in 2003 with an order. “He deconstructed the jeans and jackets, and sewed them back together for his take on it,” says King. “He really fashioned them up.” Pointer has since done special runs for stores like Beams in Tokyo, Smith + Butler in New York and even Urban Outfitters. The firm is back up to 30 employees, and King says, “We’ve grown in the last two years where we haven’t in five.”

Next up? A new retail space in the factory, not too far from the office of founder L.C. King, whose portrait and bureau are still there. The younger King is also planning a seasonal line of casual clothes, though he’s having difficulty persuading a designer move to Tennessee. “I could be making a lot more money someplace else,” he says, and then gestures to his vast and atmospheric inheritance. “But what would happen to this?”