Essay: In Defense of Rural

Growing up on that farm inculcated in me a need for space, isolation, and silence, and gave me room to grow strange and introspective. 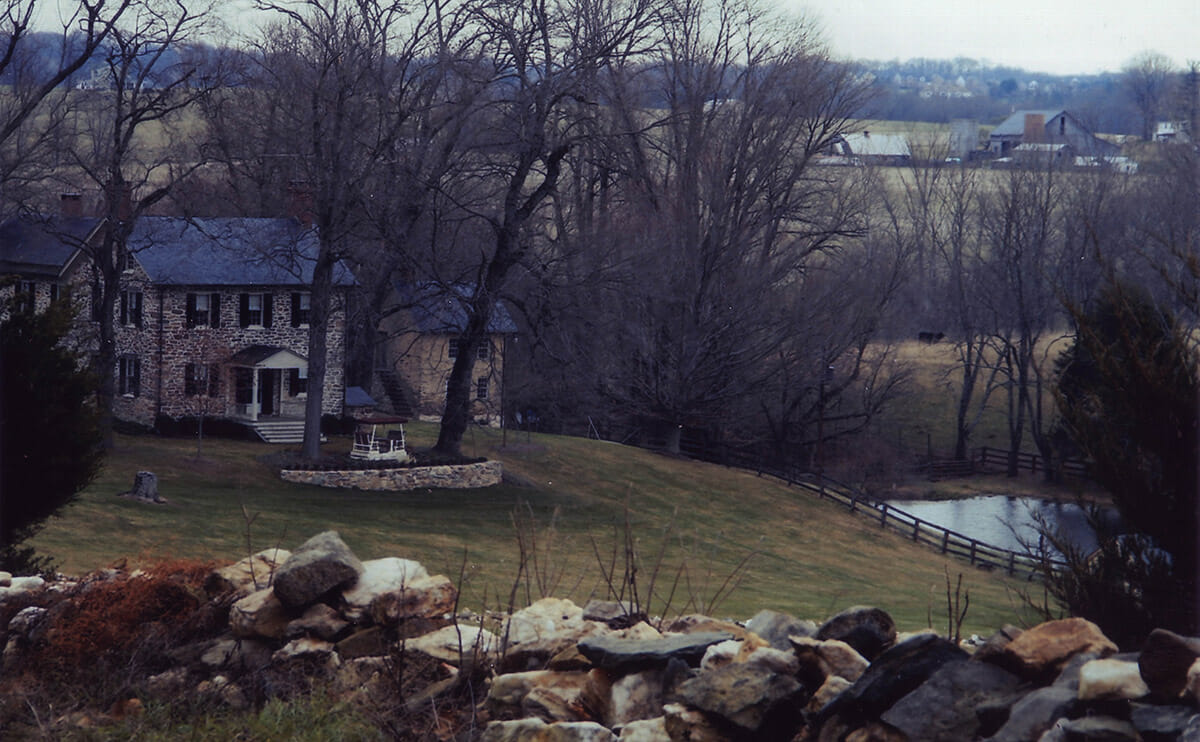 When my father floated the idea that we might all move from the suburban development to a farm, I voted: opposed. At age nine I thought of myself as urbane, a sophisticate. I was one of those kids who’s genetically destined to get the hell out of his hometown at age 18 and spend the rest of his life in the biggest city he can afford, going to museums and art films and drinking $9 beers, returning home only on holidays. The line in Star Wars, “Luke’s just not a farmer, Owen,” resonated with me; the heroes of childhood movies always fled flat boring black-and-white Kansas for someplace exciting and dangerous like Emerald City. I did not like to think of myself as some rube with a stalk of Timothy grass stuck in his teeth.

But like most of the idle notions Dad mentioned as remote possibilities, this one was already a fait accompli. Unbeknownst to me, he had been driving around the countryside looking for the perfect place to move our family for seven years. He’d finally found it in a 70-acre farm in northern Maryland with a stone farmhouse built in 1800.

I still have a copy of the ad for the place; it says the property “has the potential to be a real showplace,” which is how my parents would leave it, 40 years later.

By now pretty much everyone in America has fled to the city. The heartland is littered with the peeling shells of small towns in which it feels as if some weird plague has claimed everyone under the age of 50. Tom Vilsack, head of the Department of Agriculture, recently went on a publicity tour to proclaim rural America “less and less relevant” now that America has converted to an Information Economy, mass-producing vitally-needed cat photos and porn. I am an enthusiastic part of this problem. I did ultimately move to the biggest, most cosmopolitan city the East Coast had to offer, but not before I spent my formative years on that farm, which would turn me into something rarefied and fragile, both girding me against the crass, cacophonous culture I would enter into as an adult and leaving me an alien in it. It was, in its way, like being home-schooled by religious parents or attending St. Johns to study the Great Books before being flung into the garbage pit of temp jobs, sports bars and YouTube.

Growing up on that farm inculcated in me a need for space, isolation and silence, and gave me room to grow strange and introspective. I used to stand out in the front lawn at night under the constellations watching for UFOs, waiting and hoping for one to take me with them. I would stand staring at a cypress tree on the horizon at dusk, and as it grew darker the failing light and shimmering air made it look uncannily like a cloaked figure running toward me, getting closer and closer without ever reaching me, until I got freaked out and had to run back inside. I used to stand up on a branch of a now-vanished tree at night, speaking my own name to myself over and over, becoming scarily self-aware, wondering who it was saying those words and who was hearing them, until I once again got freaked out and had to run back inside. I remember staring out across the back pasture at a line of trees in the distance and feeling that weird yearning pull for some unremembered thing that C.S. Lewis called Joy.

Perhaps most importantly, I had the rare luxury of taking beauty for granted. I grew up eating Pop-Tarts and Cookie Crisp while looking out the kitchen window at rolling hills and woods, a stream, autumn colors and morning mists. I’d see white-tailed deer bounding over the fence, hear hawks calling across the sky, and had to watch out for snapping turtles in the pond. One night when my parents were out, a pale green luna moth flew in my window and flapped around in my bedroom until I shooed it out with a pillow. On summer nights I’d look out across the front lawn toward the old stone wall and see so many fireflies glimmering across the lawn it looked like a time-lapse film of the lives of stars. I’d think: If aliens could see this, they’d think this must be the most beautiful planet in the galaxy.

Is the lack of loveliness in everyday 21st century city life an inevitable side effect of industrialization or something more insidious and perverse – what Mencken called “the American lust for the hideous”? I sometimes used to imagine going out in a heroic and doomed defense of Beauty, holed up alone in that farmhouse armed with a shotgun against an encroaching phalanx of bulldozers. Reality is more ignoble. My mother, after having lived there by herself for the last twenty years, is finally selling off the property. My sister and her husband both have jobs and children in school in another city, and don’t want to move. For a while I pointlessly tortured myself by imagining that I might move back there and take over the place, become a Gentleman Farmer and write there, but in truth it’s just too big for me, too expensive, too much work. I hate running things; I like living in an apartment where, when something goes wrong, I can call someone else up and complain. (I was cheered to learn that Montaigne was indifferent to managing his own estate, too, always putting off repairs and leaving building projects unfinished.) Instead I have a dilapidated cabin on a two-acre plot of land on the Chesapeake Bay, to which my hands-off maintenance strategy does less catastrophic damage.

I am what that farm helped to make me: an idler and a dreamer. Even my suicidal standoff fantasy has been rendered unnecessary; the farm is part of a land trust my father helped create, protected against subdivision or development. I’m told a few prospective buyers have expressed reservations because the house only has two bathrooms. Some people look at a run-down house and overgrown grounds and see a home, “a showplace”; others are vouchsafed a glimpse of heaven on earth and ask: where’s the crapper?

Now that my mother has moved to a retirement complex, I can understand how exiles feel about their homelands: you never fully leave. That farm is haunted. The house is over two hundred years old, and many people must have died in its rooms over the years. Good dogs are buried there, and our beloved childhood cat Mow, even a goat that accidentally hanged itself. One night when I was a teenager and my mother and I were home alone, Mom swore she’d heard soft piano music playing, and the radio wasn’t on. When my father got home, he patiently explained to her about auditory hallucinations. It became a family story and in-joke – we’d make fun of Mom for hallucinating that music. Years later, when my father lay dying upstairs, with my mother attending him, he asked her who was playing the piano downstairs.