Occasionally referred to as "swamp cabbage,” "burglar's thigh” or the "lobster of vegetables,” hearts of palm are rich in nutrients including protein, iron and fiber. The most desired ones are also illegal. 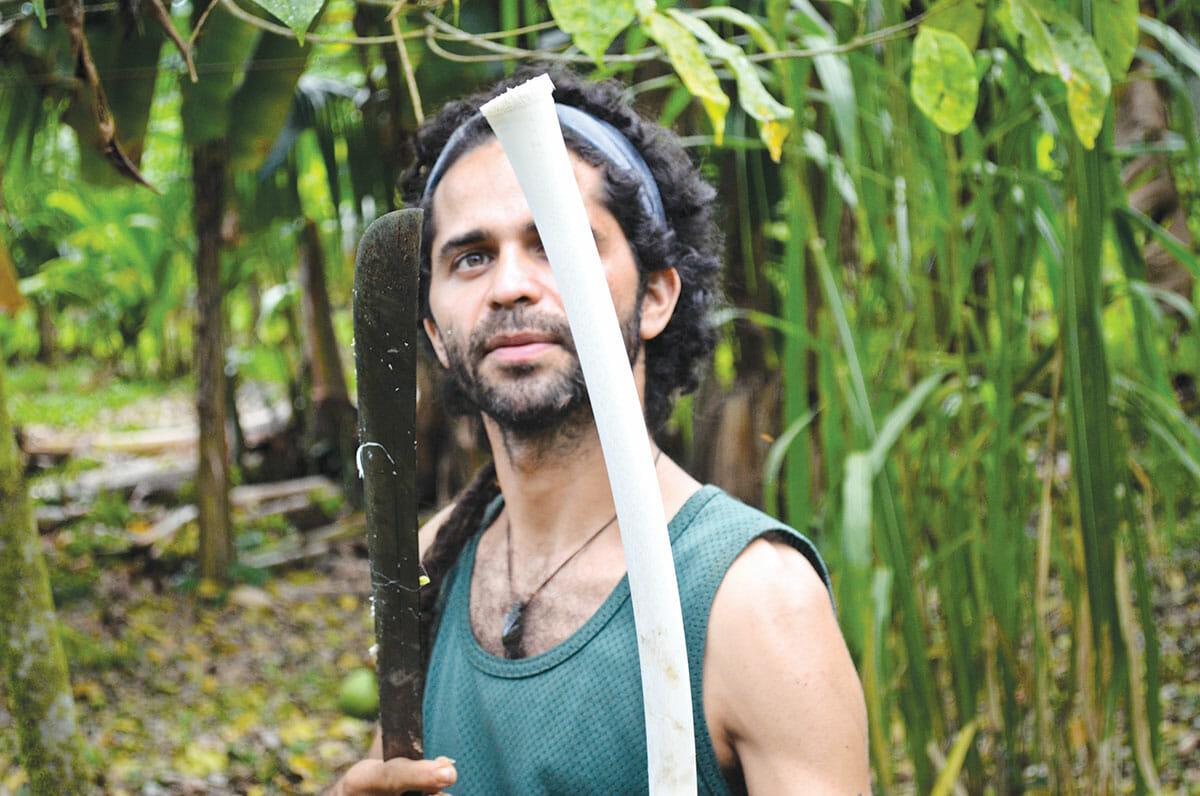 On a secluded farm in the lowlands of Costa Rica, before a backdrop of spiraling tropical flora, Elmer Murillo grasps the topmost frond of a two-year-old pejibaye palm tree. On his left hand, he wears a special leather glove reinforced with metal to protect his fingers. With the right, he hacks a machete clean through the tree’s base in a single, satisfying swoop. This is the initial step in harvesting the tubular, ivory center – literally the palm’s heart – that will eventually be peeled from surrounding fibers, chopped into pieces and sold fresh at a farmer’s market in Costa Rica’s capital, San José. But a different destination awaits the bulk of the country’s heart of palm, or palmito.

“It’s been called ‘swamp cabbage,’ ‘burglar’s thigh’ and the ‘lobster of vegetables’.”

Cultivated on about 1,600 small farms, the palmito is sold mainly to Demasa, a large-scale Costa Rican distributor that cans and ships to the U.S., Mexico and Europe. Costa Rica exports over 16 million pounds of palm hearts annually. The cylindrical stalks are most popular in France, which probably says something about the palm’s culinary merit.

Occasionally referred to as “swamp cabbage,” “burglar’s thigh” or the “lobster of vegetables,” palm tree cores are rich in nutrients including protein, iron and fiber. The French serve them chilled in salad, but they can be enjoyed braised,deep-fried, stir-fried, sautéed and boiled. In Latin America, they’re occasionally served casserole-style, drizzled with cheese and rice (arroz con palmito) or piping hot on pizza.

For a seemingly innocuous vegetable, the heart of palm has seen its share of controversy. The indigenous peoples of the Americas and the South Pacific started feasting on wild palm centuries ago. But in recent decades, palmiteros have overharvested some species of the wild palms that produce only one stem. And when the heart from this solitary stem is confiscated, the tree dies.

In Florida, as the heart of wild, single-stemmed sabal palm (which is also the state tree) grew in popularity among the wealthy, it was referred to by the label “millionaire’s salad,” but harvesting them is now frowned upon in the state. In Brazil, national parks were being deforested in mad pursuit of the palmito juÁ§ara heart. Conservation efforts outlawed most wild palm lopping, allowing hearts from farmed, multistemmed trees in Ecuador and Costa Rica to become the world’s most consumed. But there is still a black market for the illegal variety.

“When she tells us she is ready to die for us, we will eat her.”

Many upscale restaurants continue to serve wild palm – palmito silvestre, thanks to its reputation for superior taste. The delicacy recently appeared as a special at Le Chandelier, an upscale French establishment in San José, prepared both cold and au gratin.

Even Murillo, who helps manage his family farm organically, and whole-heartedly respects the trees, admits that wild heart is pretty delicious. On the “palmitour” of his farm, he chops up some farmed pejibaye heart for visitors to sample, and they’re sometimes disappointed by its crunchy, mealy texture. Then, Murillo takes them to a single-stemmed wild palm on the property. Eventually, he says, the time will come to harvest its tender, succulent heart. “When she tells us she is ready to die for us, we will eat her.”

I would like to see the harvesting of the different palm trees suited for hearts of palm production and the cleaning process.