Fifty years ago, China's most pressing problem was how to feed its people. Now, the big worry is whether its food will make people sick. 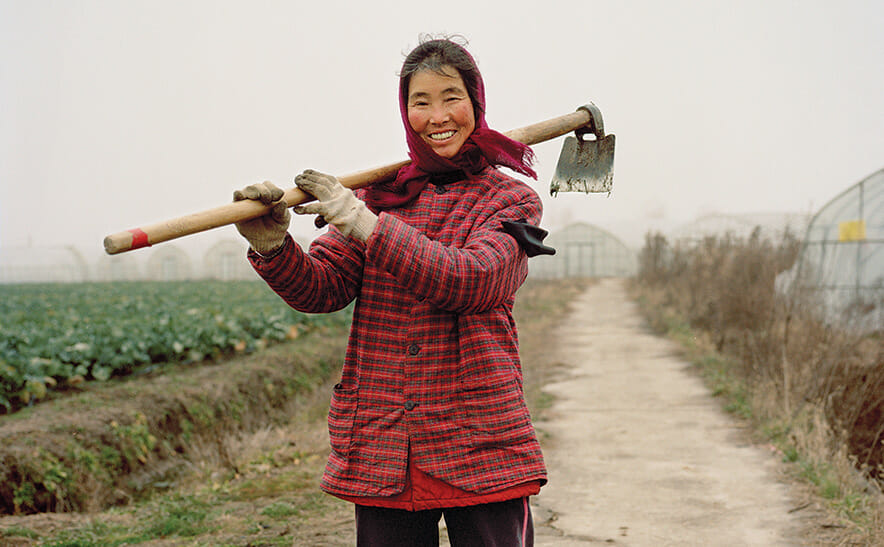 Fifty years ago, China’s most pressing problem was how to feed its people. Now, the big worry is whether its food will make people sick. A string of food-safety scandals in recent years – from chemically enhanced exploding watermelons to recycled “gutter oil” in restaurants – has shaken people’s confidence in conventional food supply networks all over the country and prompted many in the newly affluent middle class to turn to organics.

Tony’s Farm, on the outskirts of Shanghai, is one of the pioneers in this nascent organic farming industry. Founded by businessman Tony Zhang in 2005, the farm stretches across 288 acres on the eastern edge of the city. Before farming, Zhang owned a chain of restaurants and saw firsthand the need for safer food sources. 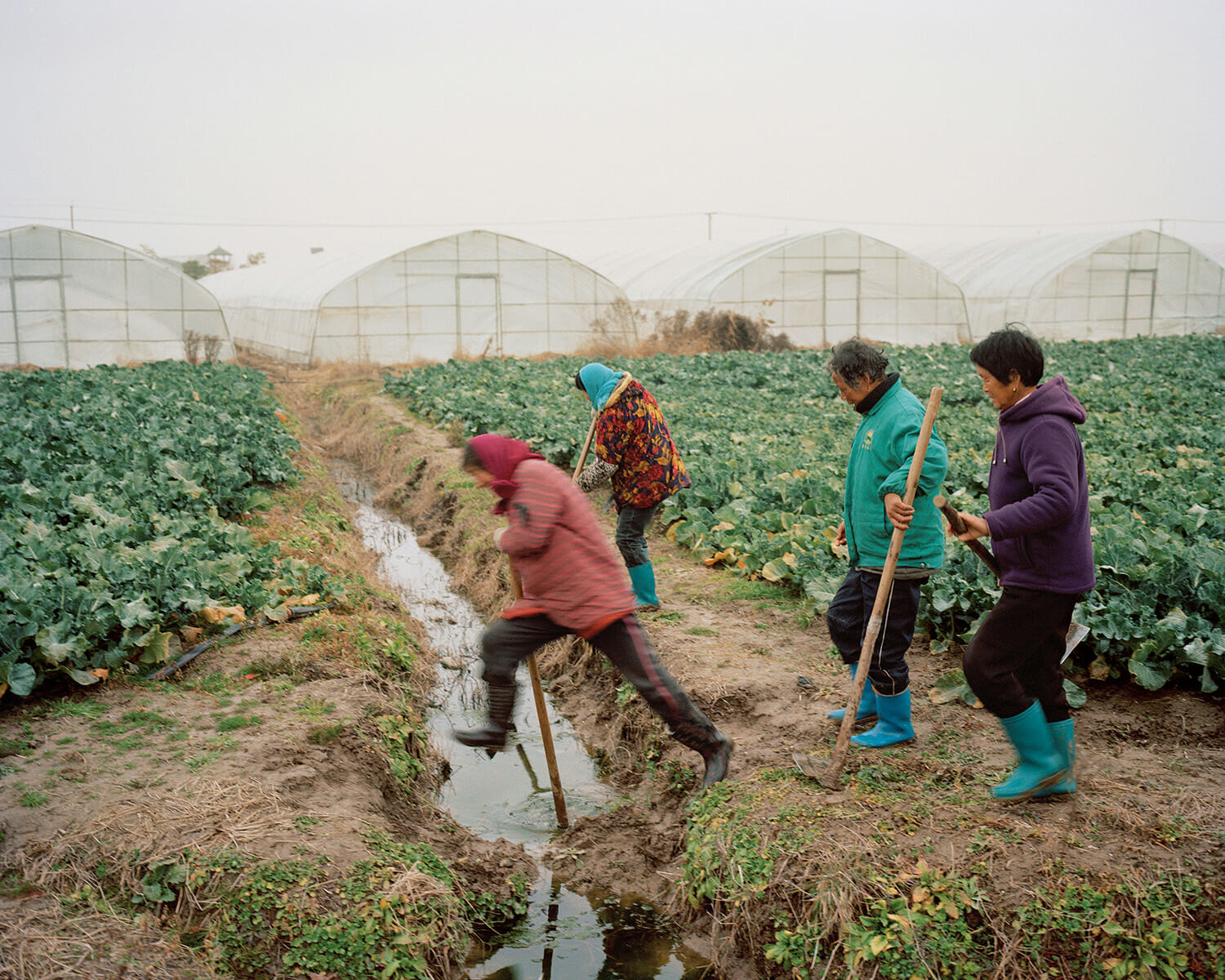 At the 288-acre farm, a group of female farmers leap over an irrigation ditch. 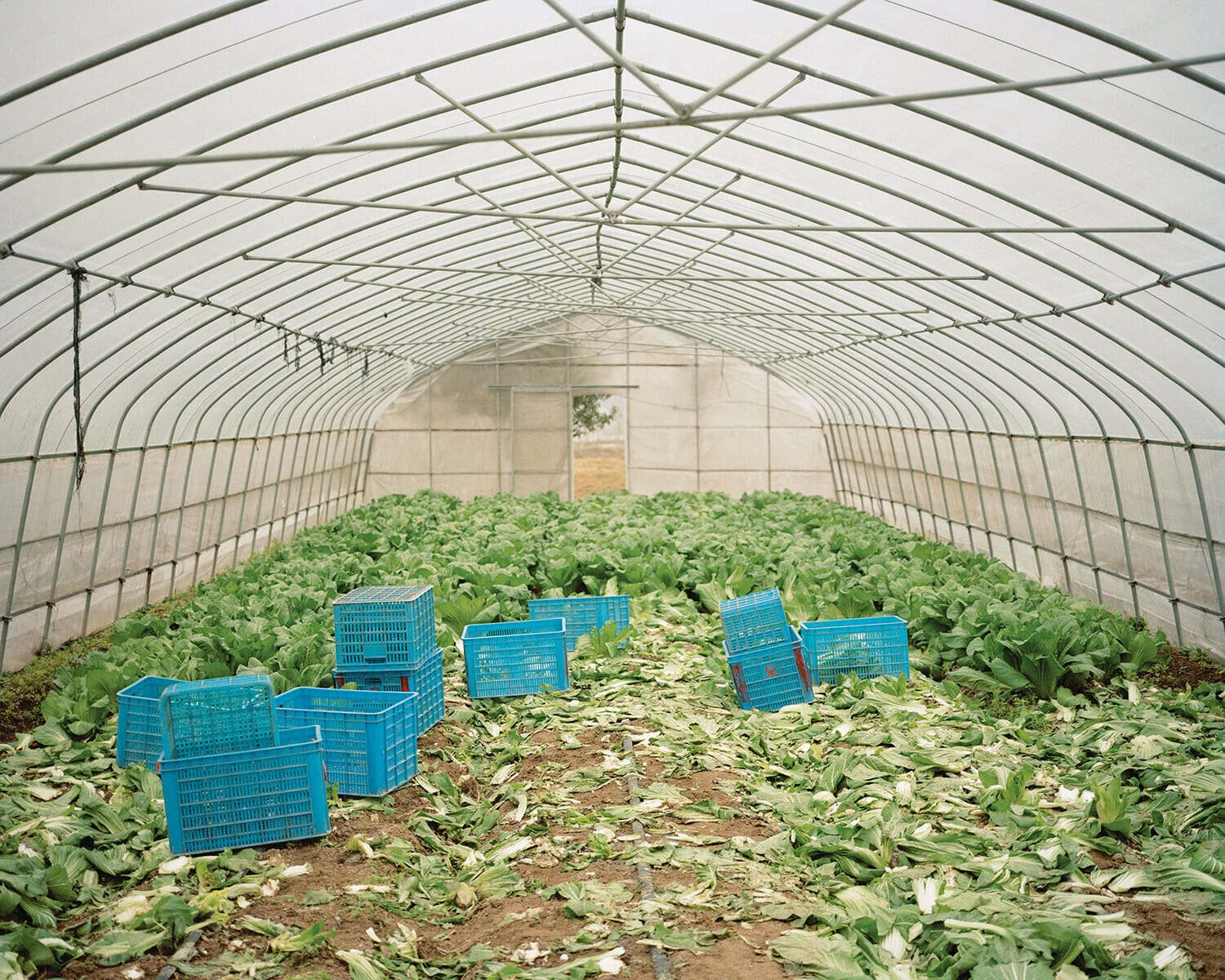 Inside a greenhouse, where unused vegetables are composted.

“There was a trend for many wealthy Chinese families living in big cities to ask their friends and relatives in the countryside to grow vegetables,” says Zhang. “When I visited local farmers, they had two planting areas: one they used for themselves, and one for market sales – all of which shows the bad situation of food safety in China.”

Finding a pollution-free place to farm in the factory-choked Yangtze River Delta was Zhang’s first challenge. After visiting organic farms in Germany and Britain, he spent four years rejuvenating the soil and invested nearly $10 million into building a water filtration and circulation system. Finally, in 2009, Zhang was ready to sell his produce, which includes everything from tomatoes and corn to Chinese greens.

The farm now sells vegetables to schools, hotels and restaurants, as well as individuals who order home-delivery boxes ranging in price from $250 for three months’ worth of weekly deliveries for two to three people, to $2,800 for a year of bi-weekly boxes for four to six people. His produce is more expensive than that found in street markets and grocery stores, but Zhang has seen demand increase every year and expects his business to grow 30 to 50 percent annually over the next few years. 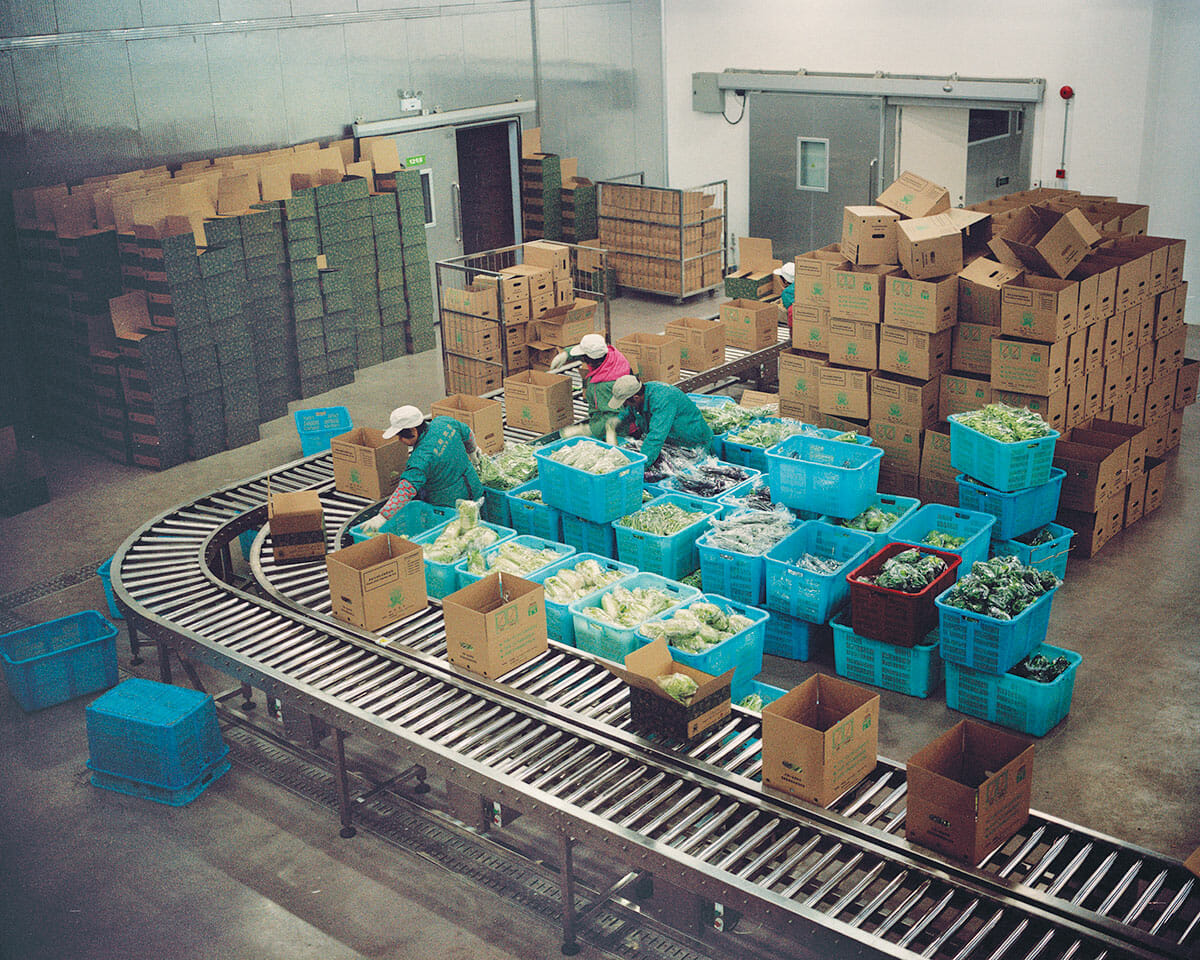 Workers pack organic produce for home delivery, which can cost between $250 and $2,800.

He’s not alone. In fact, the industry is growing quickly across China, with many large-scale projects under way. The juice company Huiyuan has started growing organic fruit outside Beijing, while the real estate conglomerate DalianWanda invested roughly $75 million in a massive organic farm near the capital.

But Zhang isn’t worried about the competition from these food giants yet. “Even in Chinese tier-one cities such as Shanghai and Beijing, the organic food market represents less than one percent of the market,” he says. “So [there’s] room for all companies to fairly compete and develop together.”