You’ve likely heard the (ahem) buzz: 17-year cicadas will soon magically emerge throughout the Eastern United States, to the delight of most. Cicadas are good with kids and delicious on pizza. Cicada fanatics enthusiasts are following all the updates on Cicada Mania. Wall Street investors are basking in their cicada riches. And for most farmers, […] 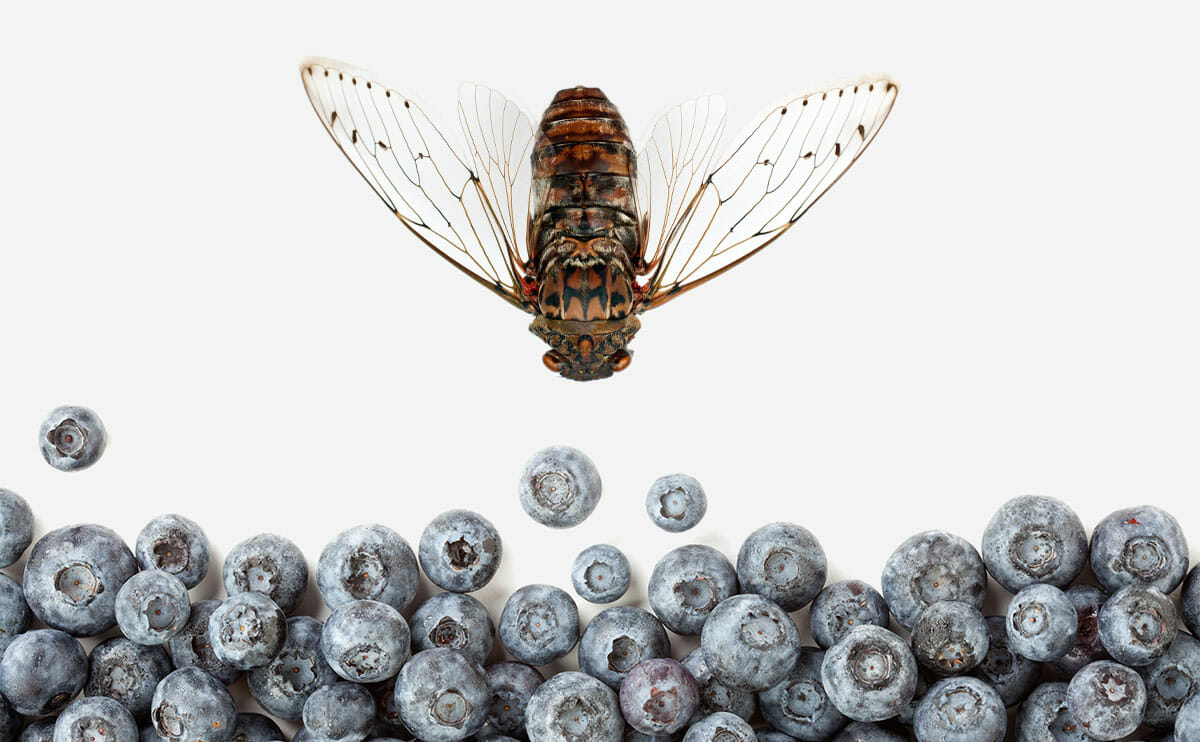 You’ve likely heard the (ahem) buzz: 17-year cicadas will soon magically emerge throughout the Eastern United States, to the delight of most. Cicadas are good with kids and delicious on pizza. Cicada enthusiasts are following all the updates on Cicada Mania. Wall Street investors are basking in their cicada riches. And for most farmers, cicada swarms are more bark than bite.

So really, we don’t want to bum you out here. It’s just that some farmers and growers won’t be joining the cicada party. If you grow blueberries or ornamental trees, your younger plants are prime egg-laying targets.

Hannah Burrack, entomology professor at North Carolina State University, is giddy for the 17-year cicadas to arrive; it’s like entomologist Christmas. Still, she saw the damage caused during the 13-year emergence in 2011, and she wants growers to be ready.

During their short visit, the cicadas will focus on buzzing around, mating, and slitting open woody perennials to lay their eggs inside. For egg-laying, they seek out plants with roughly the diameter of a pencil. Blueberry plants in the two-to-four-year range and small trees qualify. Both plants risk being killed, and even mild damage to ornamental trees makes them tough to sell.

Young raspberry and blackberry plants are also at risk, but less so. Burrack says these plants have more canes than blueberries, which makes their trunks less vulnerable. Cicada eggs may take out one year’s production but are unlikely to destroy the plant.

The best preventative measure is No-See-Um netting wrapped around your plants. This may not be a viable solution for large-scale growers, but it’s the only green-friendly one. Burrack said organic pesticides are largely ineffective against cicadas.

But before you bust out the netting, check to make sure you’re even at risk. Cicadas stick pretty tight to the same areas every 13 or 17 years. You can check this map for some sense of your risk factor.

For her part, Burrack finds 17-year cicadas a marvel of evolution. After 17 dormant years, they emerge for one brief moment to “sing, fly, mate and die.” It’s quite a life.

“They’ve got about a two-week shot at excitement,” says Burrack.