This App Wants to Change the Way Puerto Rico Eats

PRoduce! offers a new way for the island’s residents to connect with local farmers and locally grown food. 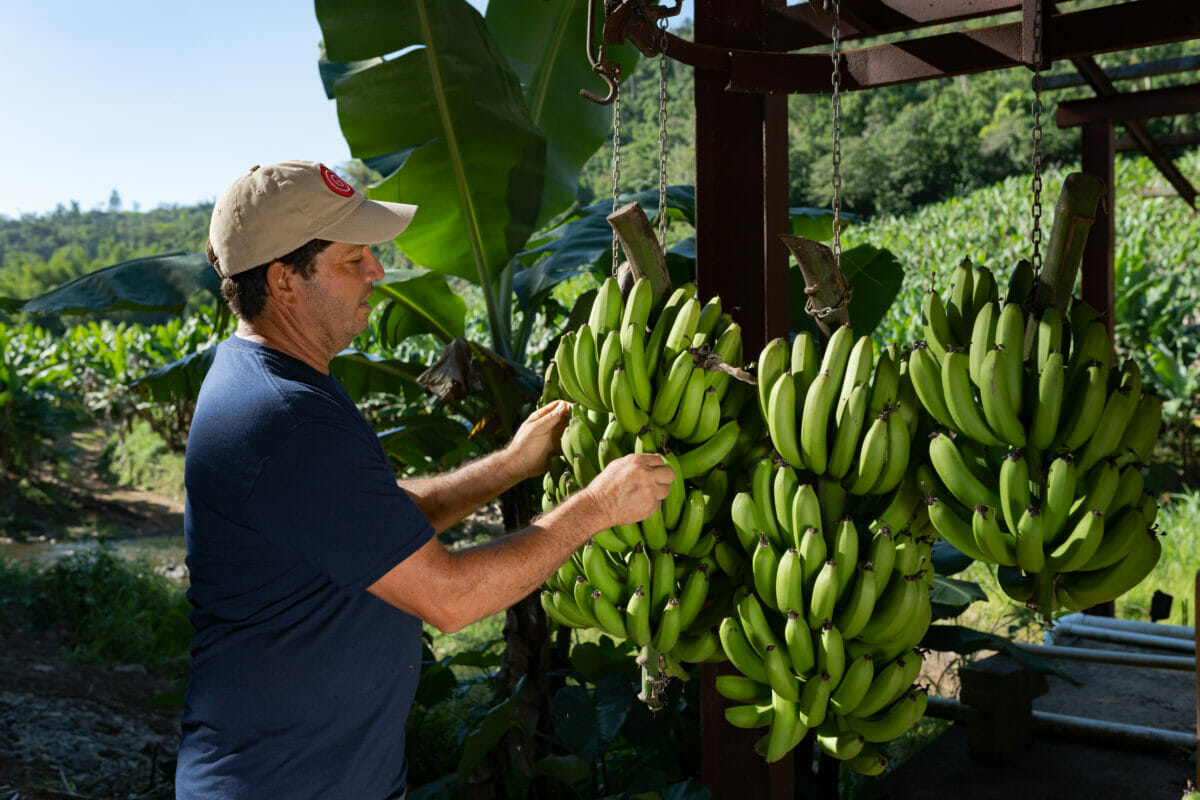 Changing the way people shop for and prepare meals in Puerto Rico, an island that imports about 85 percent of its food, is no easy task. While there are local farms and farmers’ markets across the island, the convenience of supermarkets still prevails, even if they’re mostly stocked with food products that are shipped or flown in.

But since Hurricane Maria devastated the island in 2017, killing thousands of people and further fracturing the island’s already fragile infrastructure, some residents have been working to rebuild a more reliable food system.

For Crystal Diaz, the hurricane was a catalyst. She had been working with a team to put together PRoduce!, an app that connects local growers and farmers with customers and restaurants who want their products. She and the app’s co-founders—Martin Louzao, Francisco Tirado and Patricio Schames—had first discussed the idea a year earlier, but the hurricane ignited a greater sense of urgency.

“When the hurricane happened, that was the moment of ‘oh god, we need this more than ever,’” says Diaz. Now, years later, Diaz says Puerto Rico as a whole has a brighter outlook. “We have this mentality that we survived hurricanes, pandemics and whatnot. And we are still here.”

It was this feeling of perseverance and fortitude that Diaz, the chief experience and marketing officer, and her partners put into PRoduce!. The app and website have a shopping function, where customers can add individual items such as baby back ribs from Juncos, mangoes from Santa Isabel or butter from Hatillo to their baskets. They get it all in one single delivery.

More importantly to Diaz, the site also has an education aspect. PRoduce! features a blog, where they highlight local products, spotlight growers and teach users about why things such as seasonality are important factors in food production. They talk about “where the food comes from, how it got to Puerto Rico or if it was native here,” Diaz says. They explain the difference between avocado varieties and when each is in season. One of Diaz’s goals is to give users reasons why they should source their food locally.

For an island like Puerto Rico, an American colony dependent on outside food and reliant on outside factors such as tourism (which makes up about 10 percent of its economy), eating locally can feel like a revolutionary act.

Diaz and the PRoduce! team are happy to be part of that change. The app now serves more than 50,000 customers, with 600 local producers and growers offering items such as fruits and vegetables, fish and even prepared foods such as chicken sausage or risotto. Diaz says the app saw huge growth over the pandemic (close to 1,500 percent growth in just three months), which was a bit of a shock to the small team. “When we all got into this business, we did it for food and it ended up being a technology and logistics business,” says Diaz. The PRoduce! team includes warehouse managers, drivers, pickers and operational managers to oversee everything. They’ve created a system that helps optimize routes, so they are able to traverse the island daily. Over the pandemic, they were able to officer same-day delivery for customers in urban areas such as San Juan and multiple weekly deliveries for rural customers.

This summer, after local lockdowns were lifted, PRoduce! also expanded to restaurants, so chefs can order local ingredients from multiple locations but only deal with one supplier. The farm-to-table movement has ramped up in Puerto Rico over the last decade. “Lots of local chefs, especially the new generation of chefs, are very eager and proud to serve locally sourced products on their menus. Many of them have menus that change weekly, that are seasonal. It’s been a beautiful thing to see,” Diaz says.

The success of PRoduce! has spread beyond Puerto Rico. In September, Diaz and her co-founders traveled to Chicago to attend the James Beard Awards ceremony, where they represented one of 12 leadership and resilience projects recognized by the awards this year. “It’s a reminder that what we are doing is more than a business,” says Diaz. “It’s a project for the country.”