Why a New Potato Variety Could Be a Game-Changer for Farmers in East Africa - Modern Farmer
Food & Drink, Plants

The 3R Victoria is resistant to the late blight fungus that afflicts potatoes and eliminates the need for fungicides. 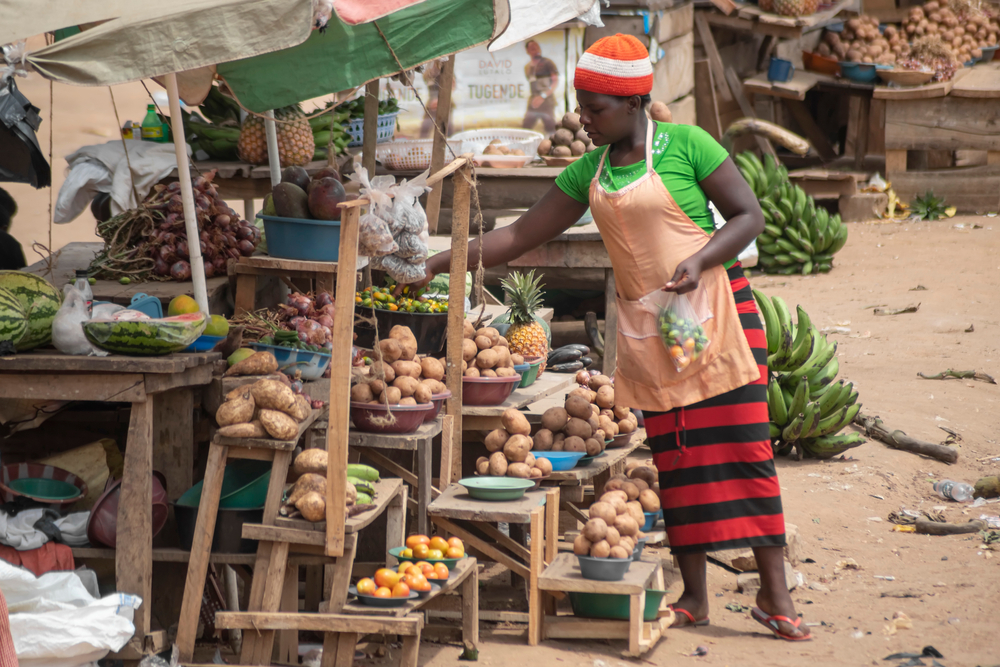 Imagine being a potato farmer in Ethiopia, Kenya or Nigeria. On a small piece of land, which you depend on for food and income, you have spent months planting, weeding and watering. Up to twice a week, you manually spray your field, sometimes with limited equipment, or hire someone to do it, spending much of your income on fungicides to avoid crop diseases.

And yet within a week of cold and humid weather, your entire field has been destroyed by late blight, a disease that wipes out a third of all potato yields worldwide.

But there is a solution. Researchers from the National Agricultural Research Organisation Uganda and the International Potato Center, have developed a new variety of potato which is resistant to late blight. Using new molecular techniques, they transferred late-blight resistance genes into the popular East African potato variety Victoria.

The new variety, known as 3R Victoria, is almost identical to the variety farmers now plant in Uganda, with one crucial difference. It contains three genes from a potato relative that provide it with complete resistance to the late blight pathogen.

As a biotechnology researcher working in East Africa, this breakthrough is particularly exciting. Potatoes are an important staple crop in the region, and this new variety is poised to boost yields dramatically, while reducing fungicide use.

In Uganda, where about 300,000 smallholder households grow potatoes for subsistence and income, the disease can destroy as much as 60 percent of a farmer’s potato crop, which translates into annual losses of approximately $129 million. In Ethiopia, an estimated 1 million farmers already grow potatoes, and up to 70 percent of arable land is suitable for its cultivation.

Potatoes could be the key to fighting malnutrition. One billion people across the world consume them, making them the third most important food crop globally after rice and wheat. They provide a low-fat source of carbohydrates, with a quarter of the calories of bread. In addition, potatoes and root crops can offer a significant advantage over other staples like rice and wheat: they can produce more food with less land and water, and offer huge potential when it comes to improving productivity. They are also produced locally and do not suffer from international trade fluctuations.

As Africa works to beat hunger and move towards food self-sufficiency, the role of potatoes should not be underestimated.

Currently, smallholder farmers have to use fungicides up to once every three days to control late blight. The cost of these chemicals is estimated to make up 10 percent to 25 percent of the total harvest value. Their use shrinks farmers’ incomes and can have harmful effects on humans and the environment.

The 3R variety eliminates the need for fungicides. This means that farmers could save money and have a much better chance of getting a full harvest every year. With a reduced risk of diseases, it also means they could grow crops during the heavy rainy season, when late blight is most prevalent.

This is no mean feat. With each field destroyed by late blight, food security suffers. This year especially, Africa’s ability to feed itself is threatened by a double whammy of human and crop diseases: coronavirus and late blight. According to the United Nations, COVID-19 is expected to push millions more people into hunger.

But bioengineered crops can only be rolled out in countries with regulations in place and with adequate funding.

In sub-Saharan Africa, Ethiopia and Nigeria have already started benefiting from bioengineered crops. In Nigeria, a pest-resistant cowpea variety is improving yields by 20 percent.

Many others are missing out. Since the 1990s, bioengineered crops have generated an estimated $186 billion in higher yields and extra production. Yet these benefits have been concentrated in six countries, none of them in Africa, due to on-going regulatory debates about whether they can be cultivated.

As in other parts of the world, the deployment of biotech crops generates discussions on safety, environmental impact, and social consequences of modern agriculture. These concerns must be addressed through constructive dialogues, information sharing, and by building trust among partners.

There are many potential explanations for this lack of supportive regulations. These vary from country to country according to capacity, appropriate legislation and political will. They compound the challenge of developing a coherent regional framework. The future lies in building partnerships between research organizations with technology capacities and national agricultural institutes to develop bioengineered crops adapted to local conditions. Working closely with farmers and other stakeholders will build the trust necessary to foster adoption of new bioengineered varieties.

But with additional funding and regulation, crop scientists in national agencies, international organizations and universities could expand trials in East Africa and beyond and help farmers implement this solution, which has been demonstrated as safe by multiple regulatory agencies worldwide.

Africa has many opportunities to grow more food on less land while safeguarding the environment, therefore protecting millions of its citizens from going hungry. But for this to come to fruition, African governments need to be open to new, scientifically proven technologies including bioengineered crops, and use them appropriately.

Tadessa Daba is the director of the Agricultural Biotechnology Research Directorate at the Ethiopian Institute of Agricultural Research.

I really dislike seeing marketing ‘articles’ that are not labeled as SPONSORED or ADVERTISING. No actually, the 3R Victoria potato does not contain genes from a potato relative, it was genetically modified and injected/pipetted with the genes from other potatoes. All the SPIN language of “reduced rick of diseases”, “beating hunger” and “move towards food self-sufficiency” are inappropriately assigned under a false presentation of solutions for Africa… new song, same game. If it’s so dammed good then use it on US farms en masse! Of course you won’t do this in France or England where Organic standards are prized! Hell no… Read more »