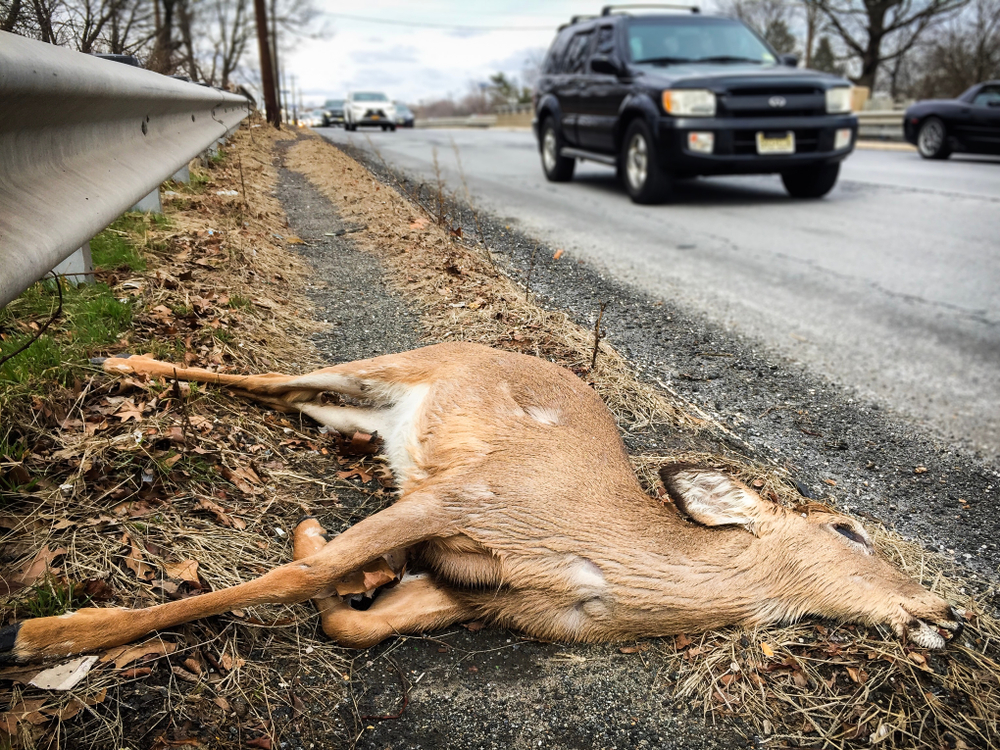 If you live in California, you could soon be allowed to take your roadkill home for dinner.

Through the pilot program, anyone looking to harvest a dead animal they hit would report it through a mobile app to receive a “wildlife salvage permit” on the spot.

The US Department of Transportation estimates that American drivers hit up to two million large animals a year. A lot of the meat from those animals goes to waste in states where it’s still illegal to take that meat home. California has joined a long list of more than 25 states that now have some form of laws allowing people to eat roadkill. Of the states that have held out, some have argued that such laws could encourage poachers to claim they simply hit an animal they illegally hunted.

The mobile app for the pilot programs won’t be available until at least 2020, but until then, drivers should contact California’s Department of Fish and Wildlife to obtain their permit. The pilot is set to run until 2029, at which point it could potentially become permanent and statewide if successful.

I have a Broad Acquaintance with Gavin Newsom. He used to be Major of San Fransisco and Husband to Kimberly Gilfoil, then an Anchor on CourTV.

I’m not exactly sure what to make of this. If you just hit and killed a dear I suppose you might eat it. I do hope hungry people don’t start picking up Road kill that they find on the highway.

Gavin has always been very astute in his judgement, IF a little too Liberal for most American today.

Popular
7 Smokable Plants You Can Grow That Aren’t MarijuanaBrian Barth
Vegetables Aren’t Always VeganEmily Baron Cadloff
A Once-Forbidden Fruit Makes a ResurgenceShelby Vittek
OSHA fines Poultry Companies $1 Million after Deaths of Six WorkersDan Nosowitz
10 Summer Squash Varieties: Some You Know, Some You Don’tDan Nosowitz
Explore Modern Farmer
Related
Food & Drink, Plants
Show Us Your Share Part 2Modern Farmer
Politics
California Farmers Struggle to Secure Wildfire Insurance CoverageShelby Vittek
Food & Drink, Travel
Hit the Food Trails This SummerEmily Baron Cadloff
Animals
Move Over Goats. Cattle are the New Fire Fighters in TownLindsay Campbell
wpDiscuz
We use cookies on our website to give you the most relevant experience by remembering your preferences and repeat visits. By clicking “Accept”, you consent to the use of ALL the cookies.
Cookie settings ACCEPT
Privacy & Cookies Policy