A deadly kidney disease is ravaging the rice-growing regions of Sri Lanka. Are synthetic fertilizers and pesticides to blame? 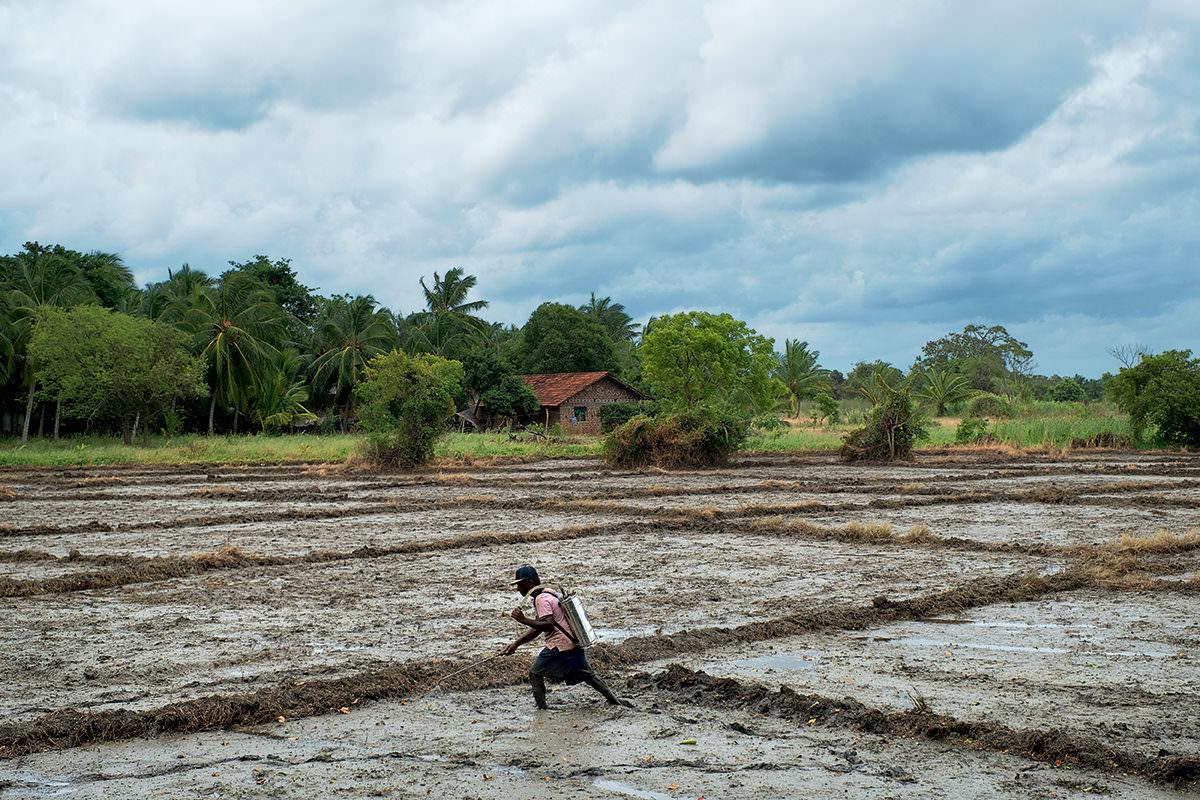 As a result, Sri Lankan rice yields have increased by 60 percent since 1979. Unfortunately, a burgeoning public health disaster has arisen alongside this “progress.” Today, a mysterious kidney disease afflicts an estimated 400,000 people in the province, representing about a third of its population. 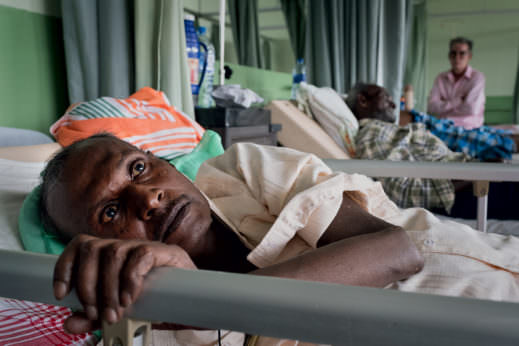 A patient at the province’s Anuradhapura Teaching Hospital receives dialysis to treat a mysterious kidney ailment that afflicts up to a third of the region’s population. 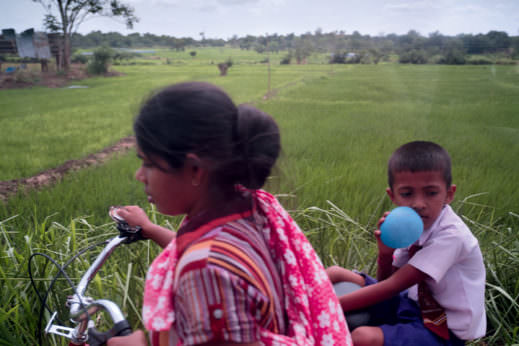 A mother and her child bicycle past rice fields in the North Central district of Dimbulagala, one of the areas most devastated by kidney disease. 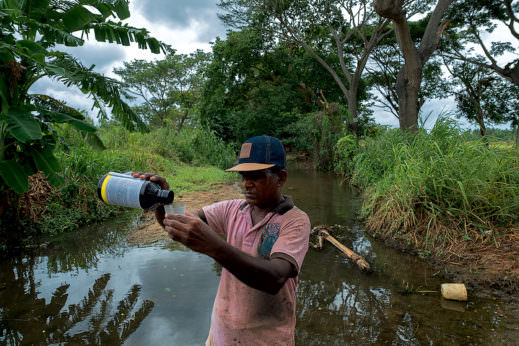 A rice grower prepares pesticide in the village of Kongahanagama. Although the Sri Lankan government recently banned five common agricultural chemicals, farmers still manage to access them through the black market. 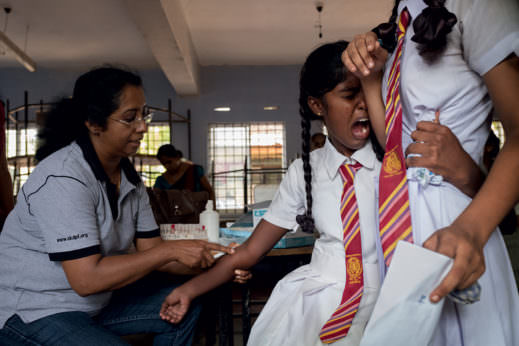 And Sri Lanka is far from the only place affected: CKDu has been identified in the agriculture-dependent tropical areas of at least 10 other countries. New York City photojournalist Ed Kashi, who captured the images on these pages, began chronicling the epidemic four years ago, in Nicaragua and El Salvador, then India, before traveling to Sri Lanka last summer. “I met guys in their twenties who could barely get out of bed for me to take a portrait,” he reports. “There was one Sri Lankan family in which both the father and the son were sick. Neither could work, and the women were forced to abandon their dreams of getting an education in order to become the breadwinners.” 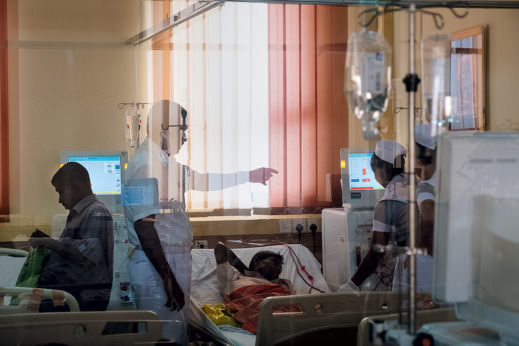 At the Anuradhapura hospital, clinicians attend to patients suffering from the epidemic. 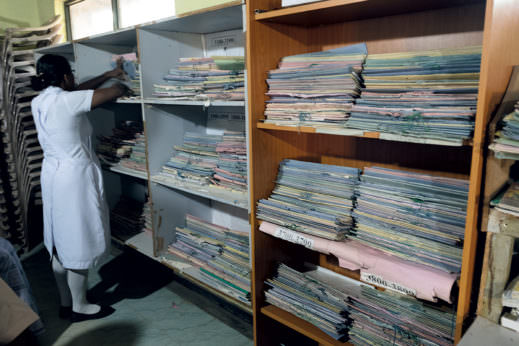 An employee at the Medawachchiya Hospital – 16 miles north of the larger teaching hospital in Anuradhapura – files medical records. Many patients who receive dialysis at the two facilities must travel several hours by bus, on rudimentary roads, three times a week. 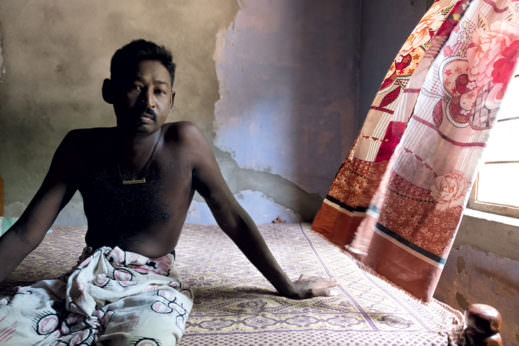 K. Bandulawarnara, a former farmer suffering from end-stage kidney disease, relies on a military pension earned during the Sri Lankan civil war to support his wife and two children. 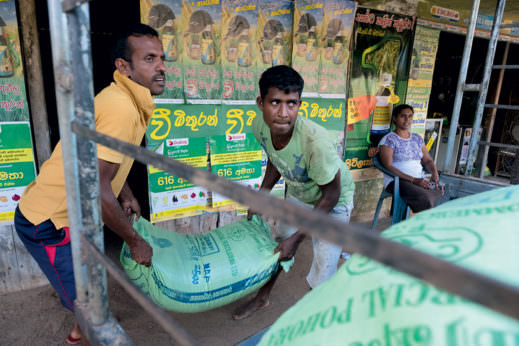 Two rice growers load their truck with agricultural chemicals outside a store in the North Central town of Rajanganaya.

Many of the Sri Lankan farmers Kashi spoke to suspected that the illness stems from contaminated drinking water. Arsenic, cadmium, and other heavy metals found in synthetic fertilizers and pesticides frequently surface in the country’s groundwater. Channa Jayasumana, Ph.D., a medical toxicologist at Sri Lanka’s Rajarata University, believes there’s no single smoking gun, but rather a confluence of factors at play, among them: malnutrition, chronic dehydration, a prevalence of infectious diseases like leptospirosis, and the interaction between groundwater supplies and agricultural chemicals. Specifically, his research focuses on whether those chemicals and heavy metals, along with the water’s naturally occurring calcium and magnesium, are forming new, more acutely toxic compounds. Jayasumana notes that glyphosate, the active ingredient in Monsanto’s Roundup, was originally patented in part as a chelating agent – a substance that readily binds with metals – and may act as a vector, carrying heavy metals to the kidneys. 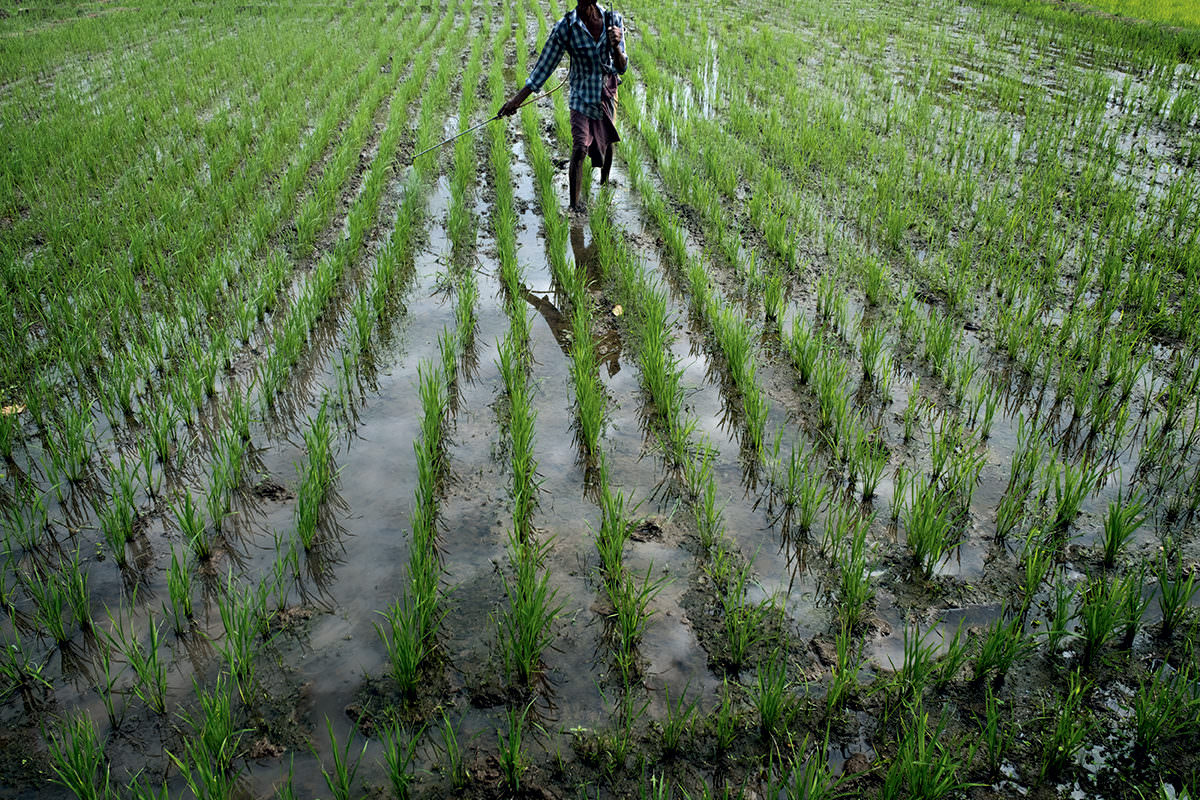 This farmer, named Dharmasiri, says he has relied on pesticides and other modern means to increase rice yields for 20 years.

Though Monsanto vigorously denies Jayasumana’s claims, he counters that the corporation tests its products in temperate Western countries. “Our research shows that pesticides behave differently depending on climate, soil type, and groundwater conditions. It is the duty of Monsanto to show that these chemicals are not toxic in other parts of the world,” says the doctor.

Meanwhile, the Sri Lankan government isn’t taking any chances. President Maithripala Sirisena instituted a national ban on glyphosate upon taking office in 2015. Pesticides containing propanil, carbaryl, chlorpyrifos, or carbofuran had already been outlawed in 2014. Yet farmers continue to purchase the prohibited products at inflated black-market prices. 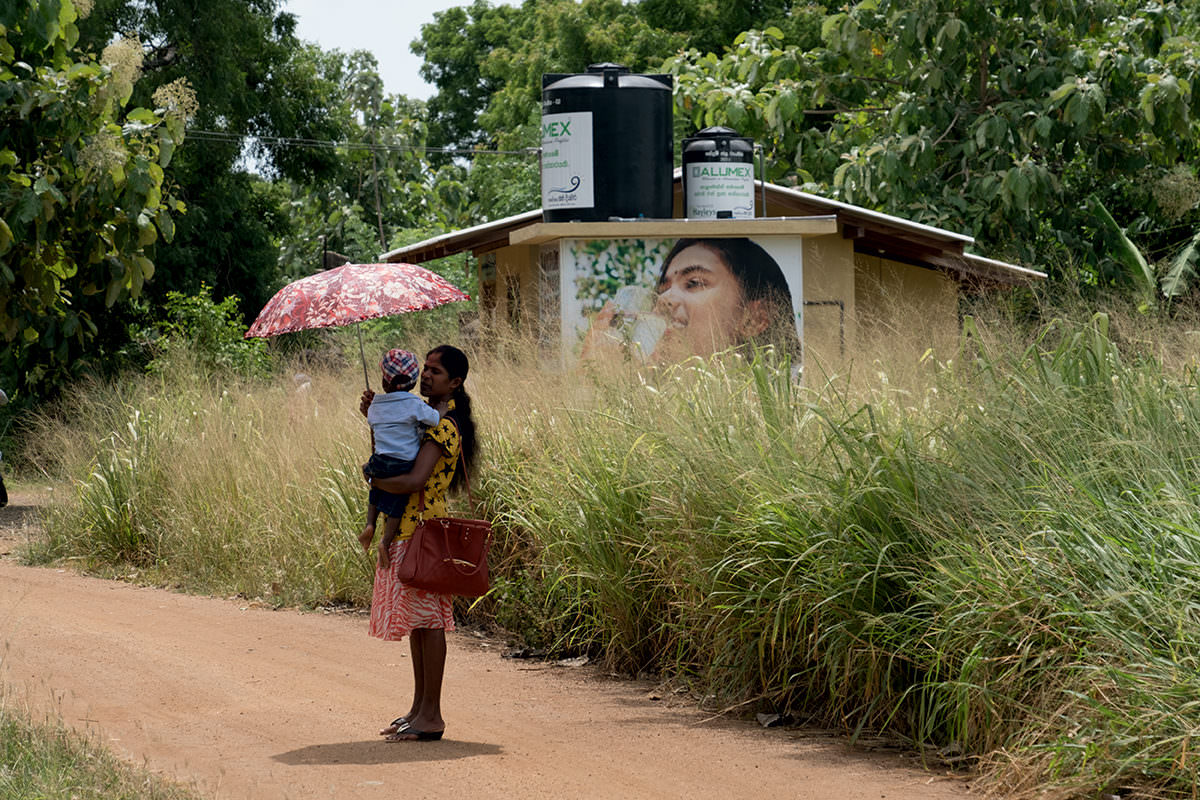 Residents of the North Central Province get water from a reverse-osmosis system designed to remove heavy metals and chemical residues. Ironically, some of the funding for these units came from a corporation that distributes fertilizers, herbicides, and pesticides.

Companies like Hayleys Agriculture Holdings Ltd. are now funding the installation of reverse-osmosis water filters in the North Central Province’s villages. “The irony,” explains Kashi, “is that this company is a distributor of the pesticides and fertilizers that many Sri Lankans believe caused the epidemic.” Which is why he’ll continue to document the global crisis. “It is unacceptable to me,” the photographer says, “that farmers who produce the rice we consume on a daily basis could be dying on the job.”