Astronauts may soon be enjoying a decent sandwich in space thanks to a German company developing a dough and oven that can be used on the International Space Station. 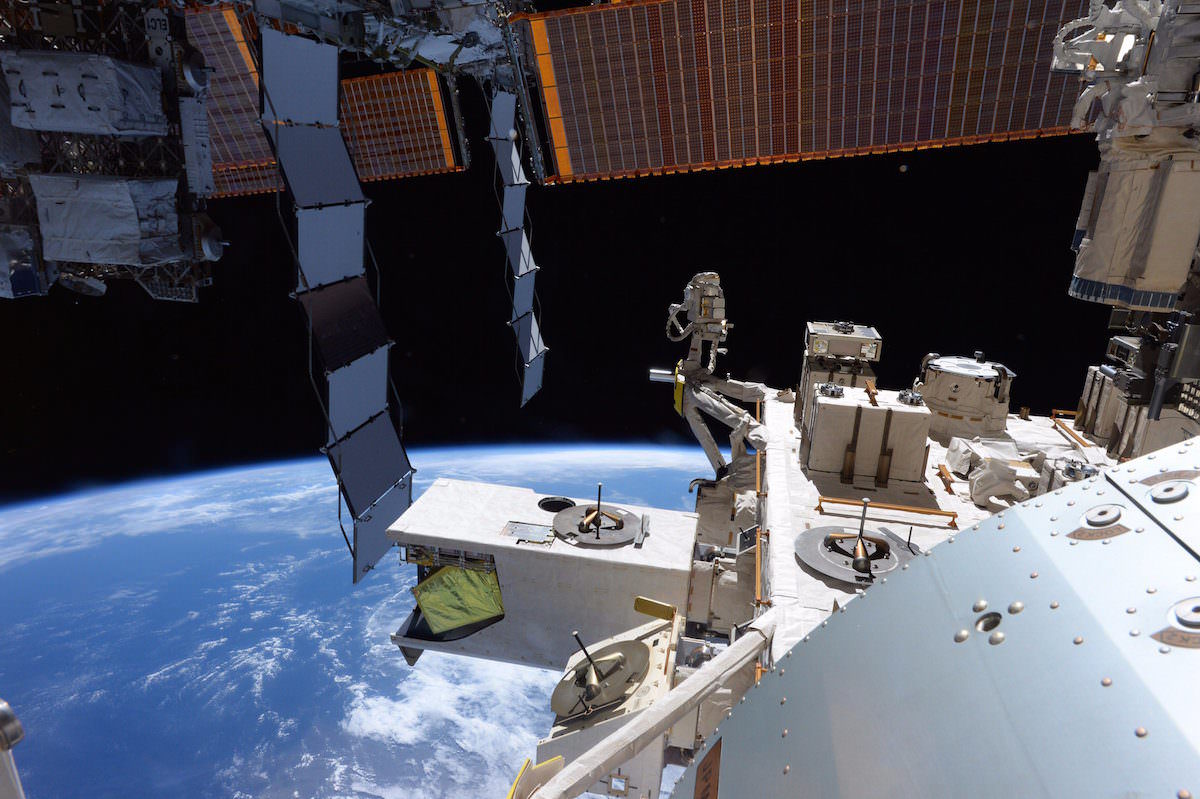 The problem has to do with crumbs, which can be deadly in space.

This story starts back in 1965 during NASA’s Gemini 3 mission when pilot John Young pulled out a corned beef on rye that he’d smuggled aboard the spacecraft and shared it with Gus Grissom, the mission’s commander. But with the first bite Grissom realized there was a problem.

“I took a bite, but crumbs of rye bread started floating all around the cabin,” Grissom told a life Life magazine reporter after the mission.

The worry was that in the weightless conditions, the tiny crumbs could slip behind the control panels and wreak havoc on the sensitive equipment, or end up in an astronaut’s eye or lungs. The corned beef incident was so serious that it led to a Congressional investigation, which helped put the kibosh on bread in space and made tortillas the go-to for space travel. And while there’s nothing wrong with flat bread, sometimes you just want an old-fashioned sandwich on sliced bread.

The German company Bake In Space is behind a project to develop a special dough for low-crumb bread and an oven in which to bake it on the ISS. According to Sebastian Marco, the CEO of Bake in Space, there a lot of challenges to both creating a tasty bread without crumbs and to baking in a low-gravity environment.

The first has to do with the very nature of good bread. If it’s soft on the inside and crisp on the outside, which is what you’d normally want, it produces a lot of crumbs. If you go too far in the other direction, you end up with a leathery crust that’s tough and chewy. “Our goal is to find a point between these states to create a delicious baked good with the least amount of crumbs as possible,” he told Modern Farmer.

Another challenge is creating an oven that complies with the space station’s safety rules and fits within the station’s infrastructure. It has to be fairly low wattage and can’t have any electromagnetic radiation that could affect the other equipment on the space station.

An even bigger challenge is making sure the heat from the oven doesn’t escape. Marco says if an astronaut accidentally opened the hot oven, a 200 degree hot air bubble could be released into the station, which would float around in the low gravity and could scald an astronaut who came in contact with it. The oven will have to have both a pre-heating and cooling phase to prevent this nasty scenario, but then you run into the problem of water evaporating from the bread, which could lead to more crumbs. How to manage this is still being sorted out.

When asked why astronauts would even need fresh bread, Marco got a bit philosophical, saying that bread isn’t just an important food source, but plays a more pivotal role for humans, representing well being, community, and “in essence, is the best way to remind humans of home.” He’s also looking to a future of longer-distance space travel, and even space tourism, in which he believes bread will be important for a travelers’ quality of life.

The bread-making project, which involves a team of engineers and space scientists, including Gerhard Thiele, a physicist and former European Space Agency astronaut, among others, is scheduled to be tested on the ISS next summer under the watchful eye of the European Space Agency. If all goes well, the astronauts will be able to safely enjoy a sandwich. After all, bread is great and everything, but who wants to lose an eye for a corned beef on rye?