The James Beard Foundation Brings a Tasty Tour Across America

The James Beard Foundation is shining a spotlight on great chefs and the signature tastes of America's cities.

Over six weekends this fall – from September 23 through November 5 – JBF is hosting multi-course dinners prepared by two chefs chosen by the foundation. For instance, in LA, “All Star” James Beard award winner chef Scott Conant is paired with “Local Star” chef Curtis Stone, while in Boston “All Star” John Besh is working with “Local Star” Ana Sortun, who are both JBF award winners. Plus, there are also free events where the public can learn a recipe from some of the best chefs in America.

“In many ways what we are doing is taking the Beard House experience, at an even higher level, on the road to 10 cities,” Susan Ungaro, the president of the foundation, tells Modern Farmer in a recent phone interview. “It’s a way to bring one talented, James Beard-recognized chef from another city to be hosted by a local all-star chef in the host city, along with several other talents that are doing great things in those cities.”

The Friday night dinners are a fundraiser for JBF and help support the organization’s scholarship program. Basic ticket prices range from $250 to $300, depending on the city. If that’s too pricey for you, there are also free events on Saturdays at local Sur La Table stores, featuring free cooking demonstrations with Taste America All-Stars and James Beard Award-winning chefs, cookbook signings, artisanal product samplings, and other events.

Every year, Taste America visits at least two new cities, and for 2016 they added Minneapolis-St. Paul and Kansas City to the roster. Rounding out the tour is Boston, Charleston, Chicago, Los Angeles, New Orleans, Phoenix, Portland, Oregon, and San Francisco. 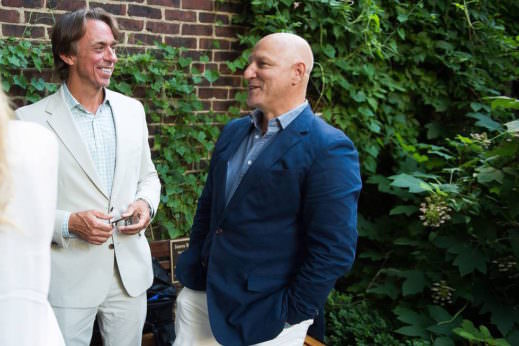 “Our foundation is based on James Beard’s legacy. He was talking about cooking in season using the best ingredients and honoring local cuisine back in the 1940s and 1950s long before it became popular,” says Ungaro. “I feel this program is truly a testament to what our foundation and what our foundation’s namesake stands for.”

For more information on events at a city near you, and to purchase tickets, visit here.