Enter if you dare! 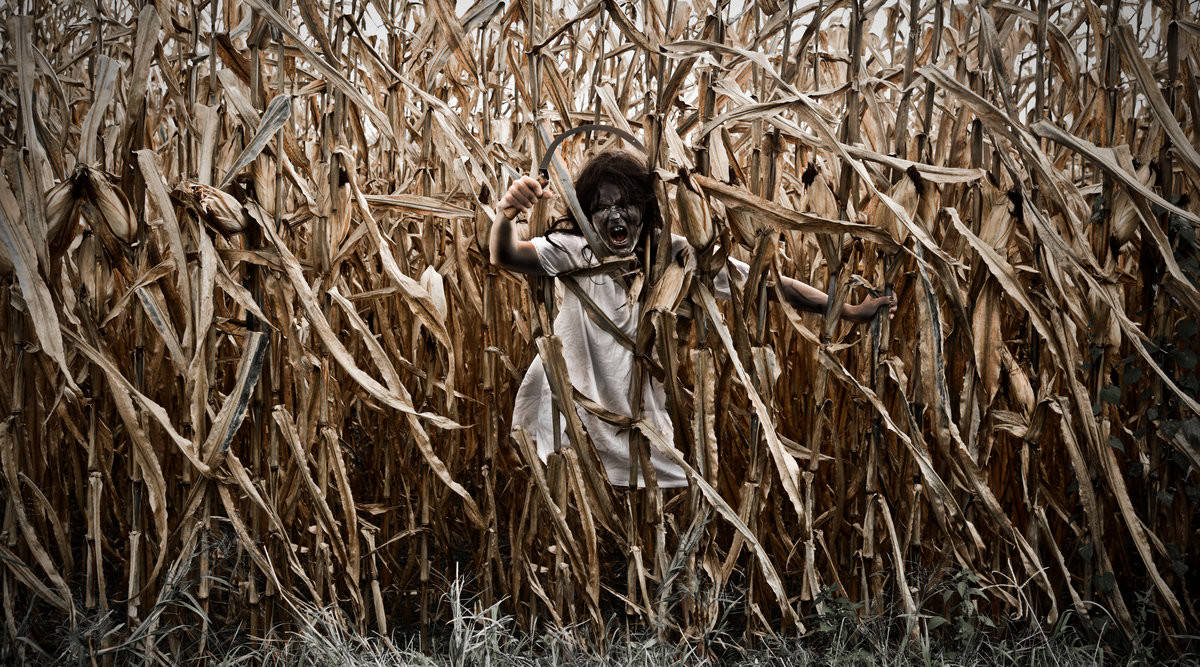 1. Danvers, Massachusetts – known for the infamous Salem Witch Trials of the 17th century – is the perfect backdrop for HYSTERIA’s Haunted Farm that features, among other heart-stopping chills, a creepy corn maze (it isn’t actually staffed with ghouls, but we hear it’s still spooky as hell at night) and an actual burial ground that dates from the 1600s. The maze was made famous when a family called 911 back in 2011 after being unable to find their way out.

2. When you think of Niagara Falls, you probably picture majestic waterfalls and newlyweds, but on the Canadian side, there’s Haunt Manor, a super-size scarefest that includes a haunted hayride, corn maze, and seven haunted houses.

3. In Minooka, Illinois, about an hour outside of Chicago, there’s a corn maze where the spirit of an old farmer known as “The Shredder” stalks (pun intended) unsuspecting visitors who try to find their way through the field. Heap’s Haunted Corn Maze is sure to brings chills, but if that’s not your thing you can take a non-haunted, but still somewhat creepy, nighttime hayride.

4. Welcome to AZ Field of Screams in Glendale, Arizona, where you’ll try to find your way through a corn maze in the dark, amid screams in the distance, the rustling of the corn stalks nearby, and that nagging feeling that something scary’s about to jump out at you. There probably is.

5. At VerHulst Haunted Hayride, located in Spencerport, New York, near Lake Ontario, you can take a hayride through haunted woods, and then try to make your way through the corn maze filled with various ghouls and ghosts. If you survive, you can treat yourself to a funnel cake or fried dough, which the proprietors sell at this working farm.

6. This may be the last year that Oakes Farm, located in Corryton, Tennessee, will be hosting its “Trail of Doom,” a haunted adventure through four acres of cornfields and woods populated by all kinds of spooks.

7. Jonamac Orchard, in Malta, Illinois, includes 10 acres of cornfields and three miles of winding pathways that are family-friendly during the daylight hours. But at night, they become a nightmarish maze where you may stumble across a graveyard, a chainsaw-wielding maniac, or other shocking surprises.

8. They say the hauntings began with a Halloween prank that went terribly wrong and ended in unbelievable bloodshed and madness by the Bloodfield family. Now they’re back to terrorize those unlucky enough to find their way into the corn maze at The RiverBreeze Fear Farm and Haunted Corn Maze in Truro, Nova Scotia. You’ve been warned! 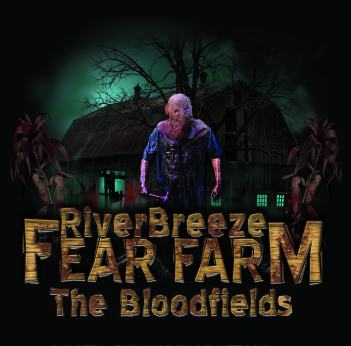 9. The restless spirit of a murderer that has taken the form of a scarecrow lies within the corn maze at Kersey Valley Spooky Woods Haunted Attraction in Archdale, North Carolina, and he’s looking for souls to join him. The Curse of Kersey Krow Corn Maze is not for the faint of heart and is just one of the attractions at this 30-year-old site, which also features a freaky circus and an aptly named Terror Tram.

10. There’s a haunted cornfield in Eastern Iowa where “The Korn Stalker” a.k.a. Natas DeVill (he’s got his own Facebook account!) roams, along with other nasty undead who are just waiting for you to get lost in their corn maze at Scream Acres Maze.

11. Robert “Old Man” Jenkins’ demonic cornfield thrives on the souls of the innocent and unsuspecting who wander in the Evil Reaping Dark Harvest Cornmaze in Ulster Park, New York. It’s part of Headless Horseman Hayrides and Haunted Houses, located on more than 65 acres of land in the Hudson Valley, that includes a heart-stopping hayride and a bunch of other scary attractions, like the Nightshade Nursery & Greenhouse.

12. Dodge zombies and other creatures of the night through four acres of twisting paths at Princeton, Iowa’s creepy corn maze at Haunted Carter Farms. They claim to be the original haunted corn field maze in the U.S. and have been around for close to 20 years.

13. Just outside of Philadelphia, in Glen Mills, Pennsylvania, lies Arasapha Farms’ Haunted Corn Trail, which winds through a tall cornfield filled with creepy buildings and monsters of all descriptions, including a vengeful scarecrow out for blood. Besides the cornfield, there’s a horrifying hayride and the Bates Motel Haunted House – yes that Bates Motel. The Bates Motel and Haunted Hayride has been going strong for 25 years, so you know they know their stuff when it comes to scaring people. 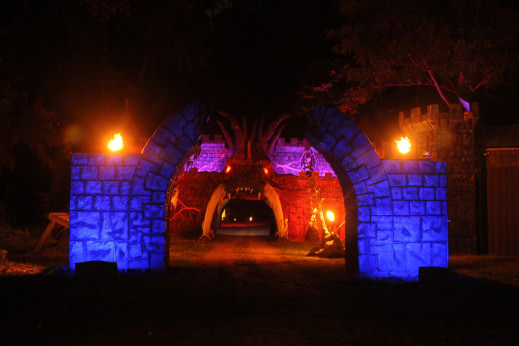 All these places seem like they’d be really fun to go to. I’ll for sure have to take my kids to at least one as I think they’d enjoy it. It would probably be a good idea to look more into it so I can find one by me.

Popular
The Rise of Virtual Farmers MarketsLeah Borts-Kuperman
Could New York Become the Mushroom State?Sara Foss
7 Smokable Plants You Can Grow That Aren’t MarijuanaBrian Barth
Record-Breaking Egg Profits Prompt Accusation of Price GougingClaire Carlson, The Daily Yonder
New Solar Panels Allow Farmers to See the LightNaoki Nitta
Explore Modern Farmer
Related
Features, Food Security, Labor
The Rise of Virtual Farmers MarketsLeah Borts-Kuperman
Environment, Labor, Water
California Farms and Farmworkers Attempt to Recover From Record FloodsNaoki Nitta
Books, How-To, Lifestyle
How to Turn Your Garden Into a Business, No Matter the SizeEmily Baron Cadloff
Food Security, Labor, news
A New Egg Co-operative Has Hatched in the Western U.S.Lindsay Campbell
wpDiscuz
We use cookies on our website to give you the most relevant experience by remembering your preferences and repeat visits. By clicking “Accept”, you consent to the use of ALL the cookies.
Cookie settings ACCEPT
Privacy & Cookies Policy