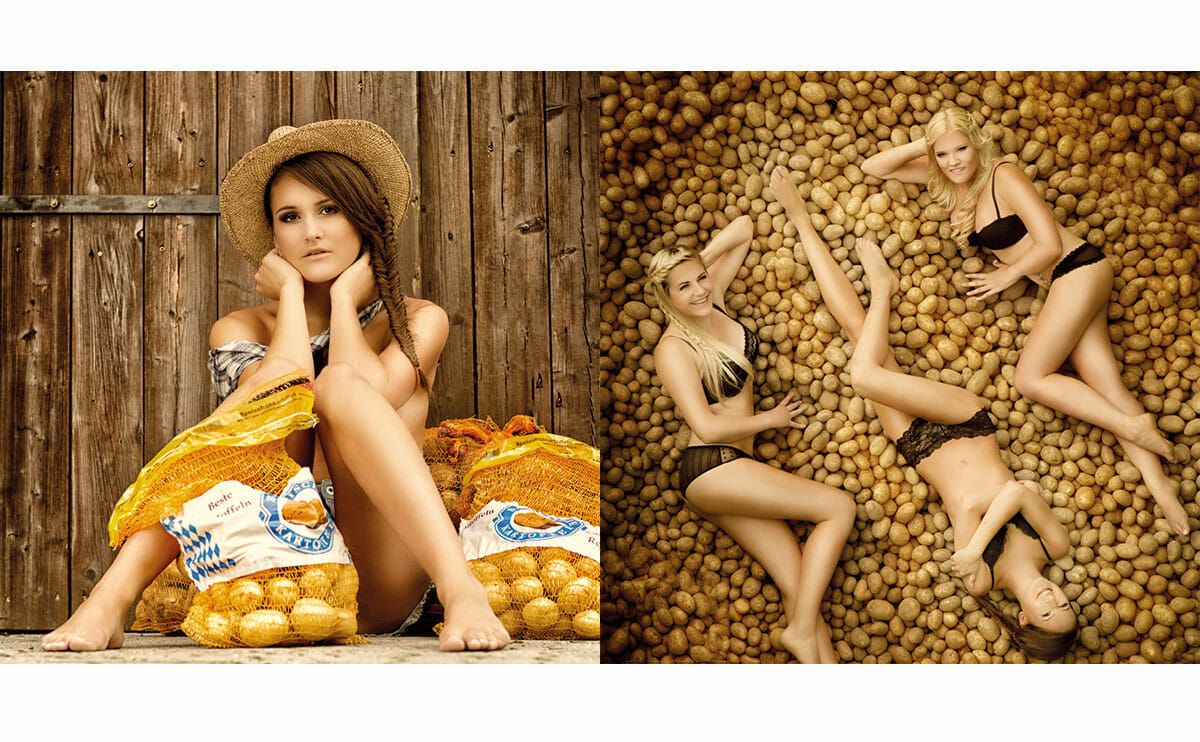 That’s the gag with a new calendar from the Bavarian Farmers Association, which features nude and nearly nude women posing in compromising positions with the starchy tubers.

This is the third year the group has made the “Heisse Kartoffel,” or “Hot Potato” calendar, which raises money for the organization while it boosts the profile of one of their crops. And it joins an increasing number of agriculture-related organizations who are using nude calendars to raise funds. 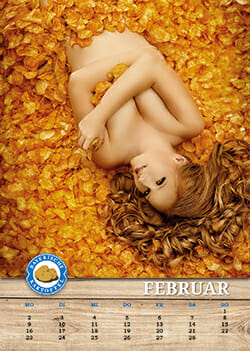 The calendar works because of its inherent ridiculousness — when it comes to the most prurient-seeming vegetables, potatoes aren’t even in the top 25. Images of beautiful women sinking in a bed of potato chips instead of rose petals, reclining in black lingerie on a sea of spuds, or posing provocatively on a potato-filled conveyor belt seem like they’re an obvious parody of far sexier pin-up calendars.

But there’s also something endearingly earnest about Heisse Kartoffel. The women are all involved with the potato business in one form or another, and most come from a farm with potato production. They genuinely want to bring attention to their crop, and it’s paying off.

This is the latest in a recent spate of agricultural-themed nude calendars. Though a group in the U.K. has produced the Naked Farmers Calendar and Naked Lady Farmers Calendar since 2000 — both featuring farm hunks and babes posing with tools of the trade — the trend is a fairly new one in farm circles. Earlier this year, a group of farming women in Florida made a calendar to fundraise money for new land after they were kicked off of the acres they were leasing.

Nude calendars have probably been around as long as man has been printing calendars.

And in Australia, a group of veterinary students raised money for their end-of-year party with a cute calendar featuring the class with their assets hidden by hay bales, chickens, and school books.

Nude calendars have probably been around as long as man has been printing calendars, but everyday people, rather than pinup girls, posing to raise money for charity is a fairly recent phenomenon. The first is thought to be the nude calendar made by middle-aged Yorkshire women raising money for Leukemia research in 1996, events which later became the movie Calendar Girls. Since then, thousands of nude charity calendars have been released, estimates the Times of India, from groups made up of everyone from firemen to swim teams.