Can Iceland even grow bananas? 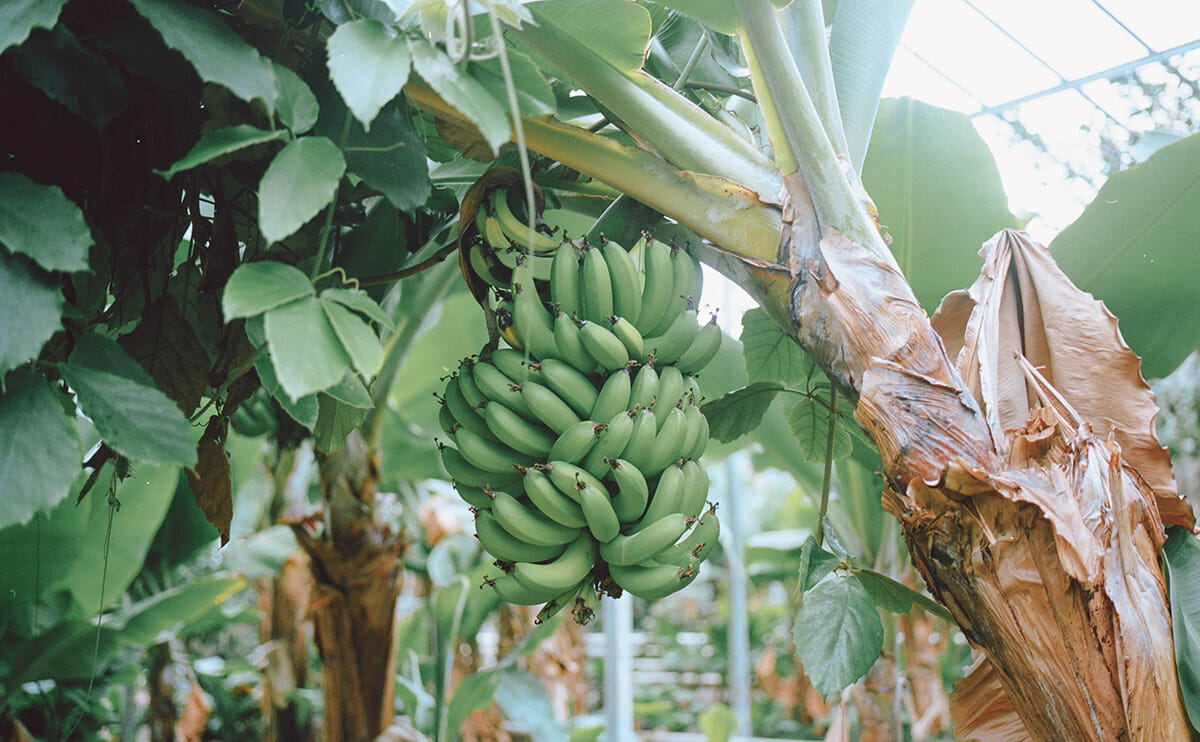 That sounds implausible: Just look at the island nation’s pitted igneous landscape and brutal climate. But the claim isn’t as ridiculous as it sounds. A rumor has circulated for the last 60 years proclaiming Iceland to be the banana capital of Europe.

Spoiler alert: It’s not. But where did this rumor come from? Can Iceland even grow bananas? With average temperatures registering between 32 Fahrenheit in winter and a tepid 50 at the height of summer, Iceland’s climate seems most suitable for growing mold and frostbite.

But Iceland’s secret to agricultural innovation lies beneath the surface – way beneath. 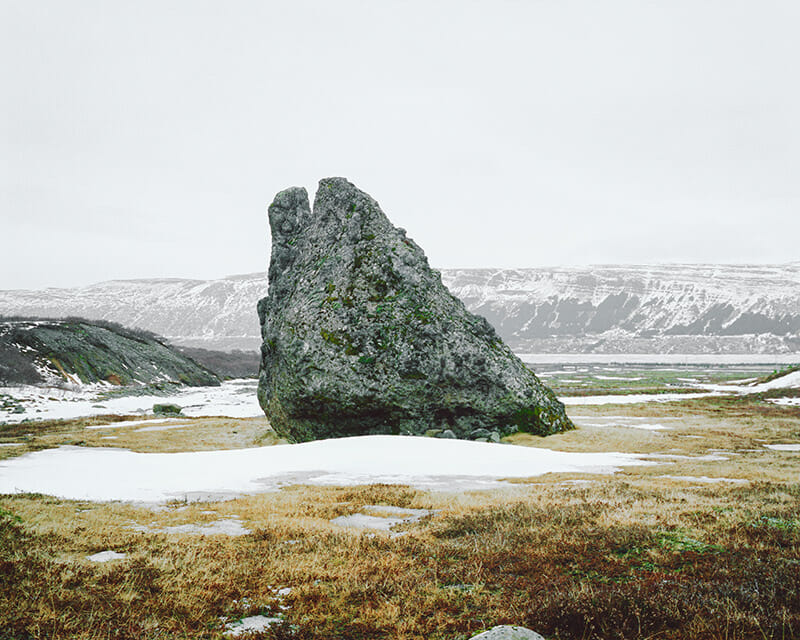 The island straddles the mid-Atlantic ridge, where the Eurasian and the North American tectonic plates meet. The plates are very slowly pulling apart, allowing heat from the Earth’s core to escape. More rarely, lava emerges, as was the case with the 2010 eruption of EyjafjallajÁ¶kull, whose ash cloud caused chaos for travelers across the Northern Hemisphere. Less dramatically, this heat is escaping constantly through geysers, making hot springs a common feature on the southern part of the island.

Since the 1920s, Icelanders have been harnessing this geothermal energy to heat their homes. It’s a cheap and effective source of renewable energy, and in the 1940s, Iceland’s agricultural mavericks began looking at how this energy could be pushed further, to heat greenhouses growing vegetables, flowers and, in theory, bananas, which during World War II had become a rare and expensive commodity. 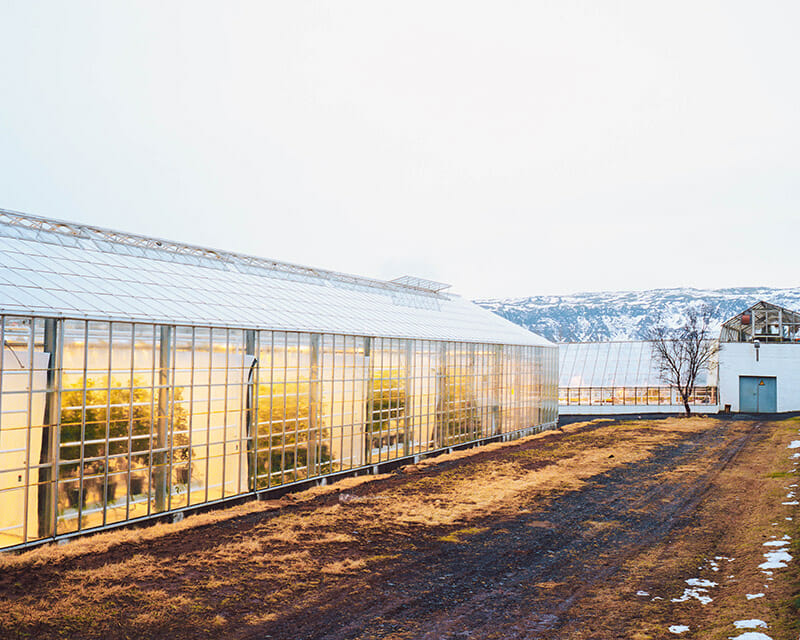 The greenhouse sits in front of snow-capped mountains.

Built in the late 1940s, this tropical glass greenhouse is virtually indistinguishable from the hundreds of others like it found all over the island. Water drips from the ceiling, and every few minutes, the blisteringly hot pipes that run through the middle of the plant-rows noisily clunk and groan. 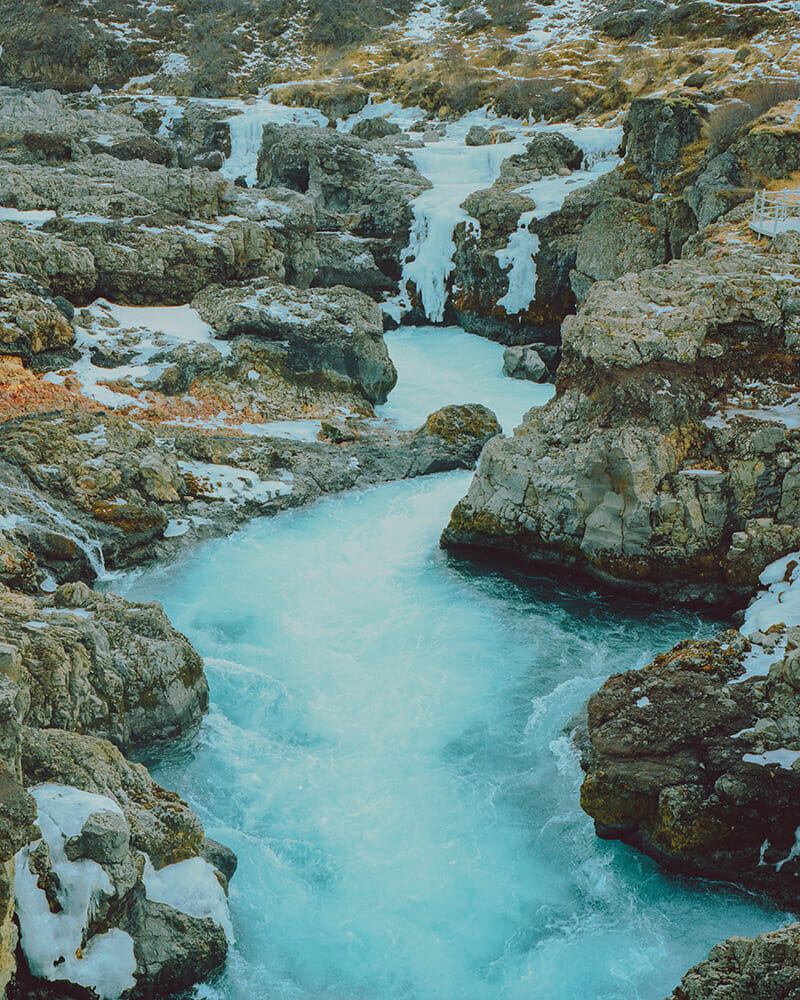 Naturally warm water flows even in the iciest weather.

It might not be a plantation, but hanging from an eight-foot plant marked bananajurt musa x paradisiacal are a dozen or so large, green bunches of bananas. The English translation beneath reads: “Edible banana.”

Bananas can grow in Iceland. So what’s stopping them from grabbing the title of banana capital?

“Banana plants can only bear fruit once, and it takes a year and half for them to reach maturity,” greenhouse manager Elias Á“skarsson explains. “And they take an awful lot of work to maintain for such little yield.” 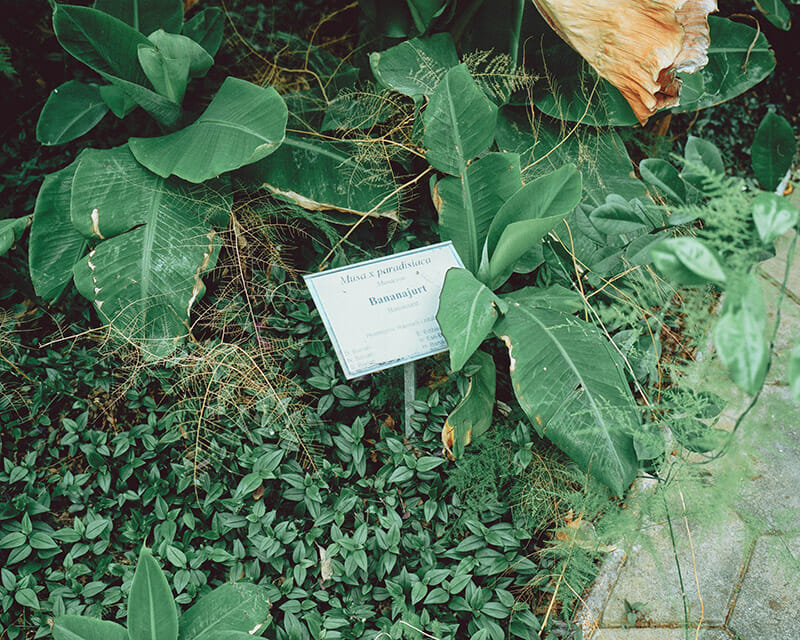 Despite the geothermal heat, growth that takes a few months in Africa or South America drags on for 18 months in Iceland. This is due to the sun’s Arctic schedule, which plunges the island into extended darkness in winter and almost perpetual sunshine in summer. “The plants go a bit crazy,” agricultural student and gardener StefÁ¡n Deildartungu says.

By the late 1940s, farmers who’d invested in banana plants as a potentially high-income, high-yield crop realized this and began donating their dud plants to the Agricultural University. When the government lifted a ban on imported fruits and vegetables in the 1960s, Iceland’s ambitions to be the banana king of Europe were crushed for good. 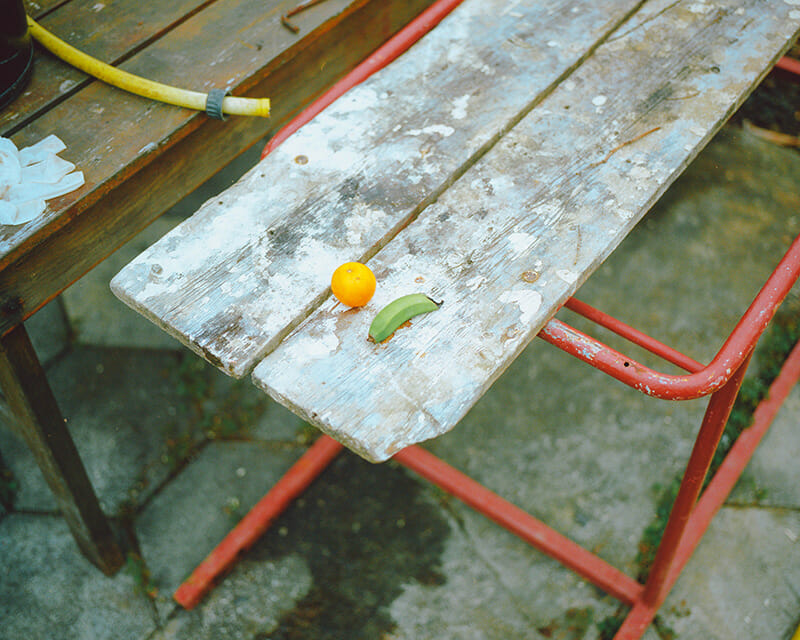 A small, greenhouse-grown banana sits on a table.

More than 50 years later, the Agricultural University’s 600 banana plants are thought to be the last remnants of the 1930s strain from which they evolved. Around a ton of these bananas are grown every year, though they cannot be sold for profit, as the university is government-owned. As a consequence, only the staff and students eat Icelandic bananas, while the rest of the Icelandic population tuck into an average of 40 pounds of imported bananas per capita each year.

While Iceland’s banana experiment was a commercial failure, the Agriculture School continues to pioneer new domestic agricultural methodologies and crops, including experiments with American-imported Mexican tomatillos, which grow surprisingly well in the extreme light. 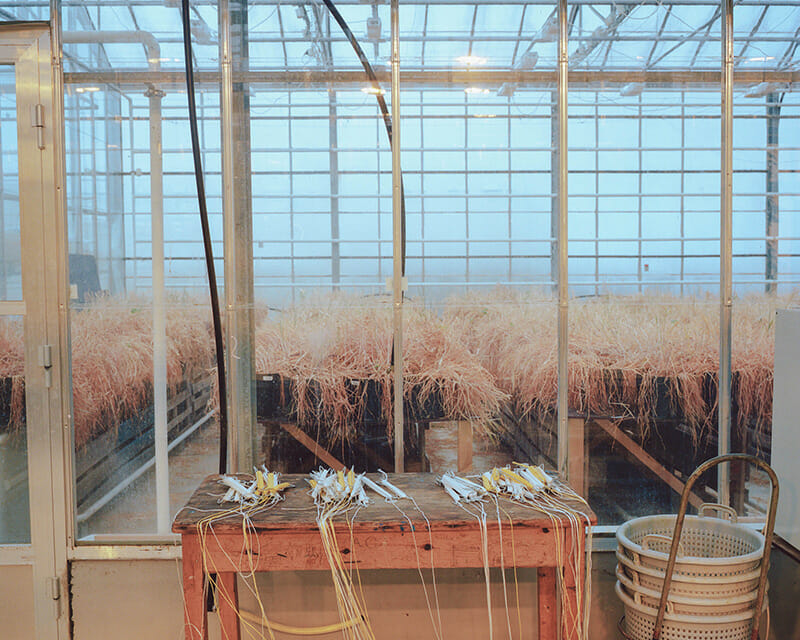 The university also continues to draw tourists and visitors looking for Iceland’s mythical plantation. “Lots of people come just to look. It’s become famous. They might not see lots of bananas, but they’re always impressed with the facility,” Deildartungu says. “Iceland is a country of sustainability. It’s hard to grow things here, but we do it.”

For Deildartungu, the idea of closing the banana house is incomprehensible: “We cannot throw these plants away. They are the only banana plants in Iceland!” Á“skarsson’s attitude is slightly more romantic. As he says, “They’re the only place in the world this specific strain of banana now exists. In a way, it’s like they’re frozen in time.”